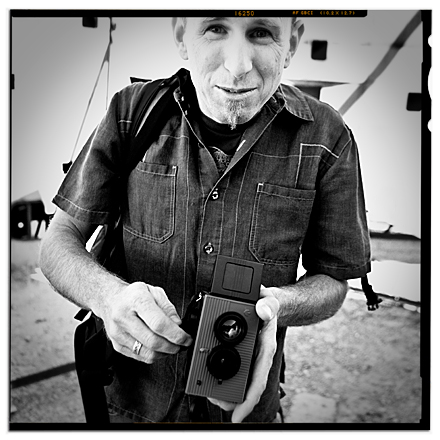 I have been resisting my return to film for a while. Trying to avoid the inevitable. David, my friend at Leo’s Cameras hasn’t been helping. Each time I’m in there he thrusts another used Leica at me. Each time the temptation got a little harder. I’ve wanted a Leica M-series for as long as I can remember in this photographic journey. But each time I knew it wasn’t right. Afterall, this wasn’t a pro-purchase, a new tool that would serve clients. And let’s face it, how often was I really going to screw around with film again? The notion was romantic at best.

And then something twigged in my little brain and I don’t know how it happened. But it had something to do with my renewed interest in the creative process – not the product; images for my clients – but the process itself. That realization came when a few things converged for me – the first was a lunch meeting i had with Chase Jarvis and you just can’t have lunch with him and not come away jazzed about creativity itself. The second was a presentation I gave about the creative process at CreativeMix Vancouver this fall. The need to practice what you preach will do that to you. The third (first chronologically) was the beginnings of the idea that became my latest digital book – The Inspired Eye, Notes on Creativity for Photographers, Vol.I

Where those three things converged was an important place, the epicenter of all the other issues I blather on about from day to day – the source and process of creativity itself.

While I talk often and long about Vision, it’s important to remember that what necessarily links vision to the end photograph that hopefully expresses that vision, is your creative process. It’s the unique way in which you put the pieces together. In the digital world it’s very easy to give process the short end of the stick in our mad dash to the end product. That, in fact, was the reason it took me as long as it has to return to film. Each time I thought about how long it would take to get the film to the lab, get it back, make selects, get those scanned…jeezo-peezo, who’s got the time? I was entirely focused on the product.

I think a lot of this talk about convergence is product-centered. And there’s nothing necessarily wrong with that. If you like dslr video and want to play with it, do it. But I’m going the other way. While the digital world seems to be converging, I’m doing my damnedest to diverge, to push those other things, things that to me are distracting, further apart. And that’s why I went back to film, because my creative soul has reached a breaking point with all the new stuff and the learning curves  and the digitalness of it all. I haven’t forsaken digital at all, I’m just tending to my own creative process so that when I do grab my 5D or 1Ds MkIII to shoot for clients, I have a sharper edge.

So I bought a well-used Hasselblad, a model I’ve wanted for ages – a 500 C/M. It’s almost as old as me.  It’s got a viewfinder that flips everything horizontally. I shoot black and white film, 12 exposures at a time. I meter with  a handheld Sekonic and lots of guessing. The square format is a different ratio than what I normally shoot. It’s all about as far from my normal rut as I can get. And all this has pushed me backwards, it’s slowed me down, it’s helped me to see differently, to play, to embrace the unpredictability and imperfection of film. It’s pushed the product (print) and the process (capture) so far apart in terms of time, that I now have the luxury of isolating the experience of capture. I know this is all artsy fartsy zen stuff, but man is it rejuvenating to go out with a couple frames left to shoot and only 12 more in your pocket. The process has become fun again, a dance, a chance simply to learn to see anew.

Whatever it takes for you – whether that’s the need to embrace convergence, or the need to consider divergence for a while, what matters is that you consider your own creative process, and the well from which you draw your inspiration. Get back to the spirit of play for a while. Take the film out of the camera altogether and just go shoot for the fun of it. Whatever it takes. The biggest question is not “what do your clients want from you?” – it’s what do you need to do to nurture the creative part of you so you can, if you do this vocationally, give your clients your best, and not lose the reason you started this in the first place.

I was wrong when I thought a film camera would be an extravagance, that it wouldn’t benefit my clients. My clients benefit most when I am creatively sharp, when I can come back to my familiar tools with new energy and ideas because I’ve been off playing in a different sandbox, with different shovels and buckets, for a while.

What’s it going to take for you to bring renewed focus to your own process, and to fill up your creative well once more?

The Inspired Eye, Notes On Creativity for Photographers, Vol.I was released last week and is on sale here at CraftAndVision.com – checkout using INSPIRED20 as the coupon code and get 20% off, but the offer expires on Dec.12 and you don’t want to have to pay full-price for this book. Get it now for $4. 🙂