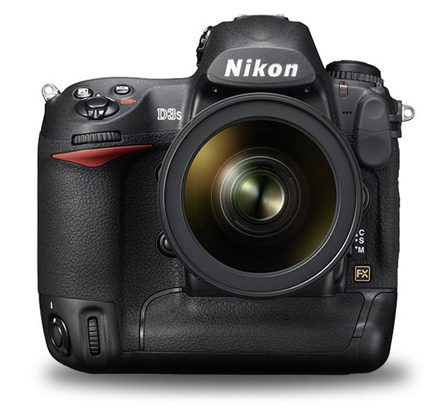 I am approaching this post with trepidation knowing what kind of strange misplaced fury these issues bring up in some people. If only some people put as much energy into their creative lives, eh? But you are not those people, so that’s why I’m not keeping this to myself. You folks are friends and deserve to know the reasons for my descent into madness. The horror,the horror, etc.

The Short Story.
I’m making a slow transition to Nikon. Nothing to see here. Move along, Citizen.

The Longer Story.
OK, first, let me tell you why I’m even talking about these issues. First, my motto for a long time has been Gear Is Good, Vision Is Better. Some people have latched on so strongly to the last part of that that any mention from me about gear has sent them into an existential funk from which they only recover when I post something about my creative angst. I like gear. Gear is, say it with me folks, good. Without gear we’d be sketching images on napkins. Not that there’s anything wrong with that. My criticism of the photography industry is in the way gear has been sold as a substitute of vision. It’s about the addiction to gear and the belief that it will make us better photographers. It won’t. However, gear is important. If it wasn’t all the people that holler at me about this stuff would be shooting with a Kodak Brownie or old 110 camera, but they aren’t.

Photographs Matter.
Gear is important because it creates the aesthetic which is the expression of our vision. Sensor size affects the look of the photograph. So does the speed and focal length and the quality of your optics. A Tilt/Shift lens does things your 50/1.8 can’t do and never will be able to do. Polarizers and tripods and all this stuff – it affects the image. But let’s remember – it’s the image that matters most, and therefore the tools of its creation also matter.

Brands do not matter.
I am not moving to Nikon because I like the logo better or stopped liking the red stripe of the Canon L-lenses. I am not moving to Nikon because they are cheaper or sexier. My move to Nikon doesn’t mean my Canon bodies stopped working for me, nor that yours will stop working for you. It doesn’t mean you should move to Nikon. This move doesn’t mean I will now refer to myself as a Nikonian any more than I once refered to myself as a Canonista. I snicker at people that use those terms, and so should you. This world has enough meaningless boxes and labels. I am not a Canon Shooter or a Nikon Shooter. I am a photographer, that’s all. Brands don’t matter; photographs do.

The Sigma Factor.
I am moving to Nikon for several reasons. It is starting as a slow transition and I will shoot both systems for a while, even possibly forever, though I doubt it purely for economic reasons. So here’s the deal.

I was approached by Sigma recently and asked if I would consider a sponsorship. They would give me access to their lenses if I would, in return, give them access to some of the images created through those lenses. I had already been thinking about getting a Nikon (reasons to follow) and this seemed like a good chance to do so without selling the farm. Selling the farm for lenses is always a bad idea, in my case it’s an even worse idea, primarily because I have no farm. One of the appeals of Sigma EX lenses is solid quality for considerably less than the pro-lenses from Nikon or Canon, and most of my readers simply can’t afford to buy a box of pro-optics. So this allows me to test and experience and recommend much more affordable lenses. Will I stop using pro-lenses? No. But I think it’s healthy to remember that beauty can be created without the highest level of gear.

My sponsorships are built on honesty and I am in no way obligated to say things about products I wouldn’t say to my own mother. In fact my sponsors know that if they send me crap I will send it right back. My value to them and to you is my honesty. I’ve used Sigma before and am excited to play with some of their optics again, but not once will I recommend you buy something I wouldn’t myself buy and use. There, I said it.

So Why Nikon?
I’m a teacher. I can’t tell you how stupid I feel when a student approaches with a Nikon in her hands and says, Hey how do I…? And I just shrug, looking dazed, and then I point over their shoulders, scream, “Look, there’s Joe McNally, ask him!” and turn tail and run for the hills. So I began this process by deciding to get a Nikon for that reason alone.

And then I started playing with them. There are some things I will miss about Canon, like the big scroll wheel on the back. But you know what, I’m a survivor, I can deal. In my limited experience and from talking to friends who own Nikon, here are some of my reasons. Even if some of these are subjective, I stand by them.

1. Ergonomics. I love the feel of a Nikon. Always have. After a long Pentax phase as a kid I shot Nikon film cameras and loved them.

2. Focus. Sorry, but I fight with Canon focus and even on my 1DsMkIII it struggles more than the Nikons I’ve played with. I know this hurts, but Canon’s just not gaining new ground fast enough. This is a biggy.

Those three sealed it for me. But here’s two more.

4. The Look. Different cameras, different looks. Not the look of the camera, the look of the photographs. Ya wouldn’t fault a guy from switching film stock, would you? Is the difference noticeable? I think it is. It is a case of one being better? I don’t think so. Just different. My 200mm isn’t better than my 85mm, they’re different. Vive la difference!

5. The small things. I’m out shooting and want to level my Canon? I need a bubble thingy. I want to shoot intervals? I need a $300 cable release that doesn’t even have an off-button. The D3s allows me to drop in 2 x 64gb CF cards and shoot to them in a variety of ways. My Canon 1DsMkIII makes me use 1 CF card and 1 SD card if I want to do that. Retarded. I can use the D3s batteries in the grip of the D700, allowing me to take one set of batteries and charger, not two. Sure, small things, but they matter. Also, rumour has it the flash system on the Nikon isn’t prehistoric.

6. Don’t even get me started on the Canon Explorer of Light thing. Hey, why are you still reading this part? I said don’t get me started.

So together those were enough to sway me. As an artist who relies on his tools full time, both for my own work and the work of clients, making this transition makes sense to me. Is vision still better? Of course it is. Will my photographs suddenly get better? I strongly doubt it. But will it be easier to create those images in the face of the creative and situational constraints that already make photography difficult? I think it will, and that’s worth something to me. Does any of this really matter? Not so much, but c’mon, we all love the tools with which we work, and if we can find tools we enjoy using more, then why not?

Comments are open, because I just know some of you have something to contribute, but if this turns into a debate or fan-boy gathering for either brand I will shut them down faster than hands off a greased pig.