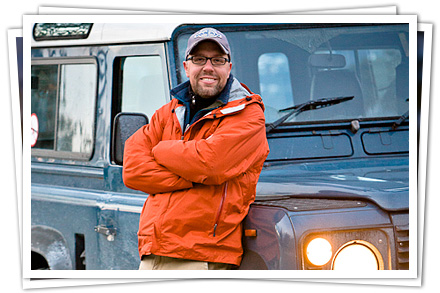 Last week I wrote a post about wringing the most from life, and like most of what I write it comes from stuff I’ve got bouncing around in my own head, wrestling with the angels and all that. I invited you to contribute your own thoughts, and many of you did. I’m still inspired by those comments. As for me,  I can’t get Jessie, and our plans together, out of my mind.

This is a long post. I hope you’ll bear with me.

I am changing my life. For the last year I’ve been in a state of massive transition and stress. Don’t get me wrong, it’s been an incredible year for all kinds of reasons, but it’s been juggling more balls than I’ve even had to do in my life. And somewhere in there, amidst personal failures, some amazing travel, the unexpected success of a couple more books and the incredible reception of my eBooks, I just kind of stalled. I lost my vision – not photographically but personally. I stagnated. Started drifting.

I’ve always been a dreamer, always had to have something to aim at on the horizon and the last couple years I lost that. In the face of so much unexpected success – for which I am so grateful – I found myself getting bored. Restless. I know, cry me a river, right? But they say that boredom is the lack of a lack, and recently the lack of something to strive for has become very apparent, sitting in my soul like a lump of undigested funk. It’s not at all a complaint, just the discovery about something in me – a need to move forward that is stronger than I ever knew.

In January 2010 I was on my way to a breakdown. It came for all kinds of reasons, not the least of which was a failure to find balance and take care of myself.  The breakdown, such as it was, happened at the worst of times, in a hut in Senegal not far from the border with The Gambia and I remember saying to my friend and producer, Gary, that I wanted nothing more than to throw my stuff into a truck and travel. As I write this Gary and I just finished another week together, this time in rural Bosnia-Herzegovina for World Vision. We spent several evenings talking about these plans over homemade slivovitz. 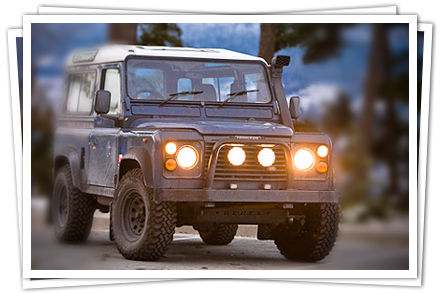 So I want to introduce you to Jessie. See the photograph above? She’s the one in blue. Jessie is a 1993 Land Rover Defender. In late February Jessie and I are leaving for a while, setting out on an adventure. I’m selling some of my stuff, putting the rest in storage, packing my cameras into Peli-cases and throwing my laptop, sleeping bag and tripods in the back, and we’re embarking on an adventure. I turn 40 this coming year, December 24, 2011, and before I do that I want to spend a year doing something that scares me, something that simplifies my life, something that forces me to breathe deeply and open my eyes. See what watching Dead Poet’s Society one too many times will do to you? The fact that I am turning 40 isn’t relevant, but it’s convenient. 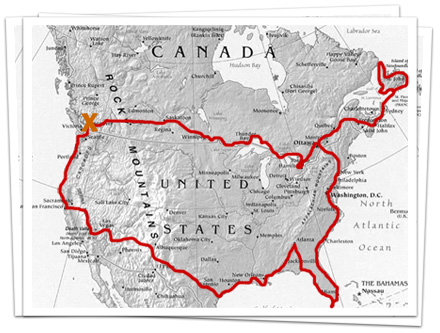 The plan, so far, is a loose one. I’ll head south down the coast towards San Francisco, then inland across the Sierras, through Death Valley and towards Zion and from there towards the Gulf of Mexico, which Jessie and I will hug as we drive east, eventually stopping in Atlanta. I’ve got workshops in Italy and Croatia in April and May so I’ll park Jessie for a month while I do that, then I’ll come back and head south again to the Florida Keys. After soaking up some sunshine and doing some fishing and underwater photography, I’ll head north, with a brief stop back in NY to fly to Norway for a week. Then across the border and east to Newfoundland, the Canadian Maritime provinces and eventually I’ll point Jessie towards sunset and head clear across Canada before hitting Vancouver. No idea when that might be.  I’ve also got a few chances to give Jessie a break while I fly off to do workshops here and there. All I know is I need to be in Ushuaia, on the tip of  Argentina, to catch a boat to Antarctica in December. Then we’ll see. Drive south again? Head to Alaska? Ship Jessie to Iceland for the summer of 2012?

Along the way I will be photographing, writing, connecting with this community that has formed around my blog, and my books. I’ll meet friends, both new and old. I’ll work on another book. I’ll give ad-hoc lectures and instigate some impromptu meet-ups. I’ll have coffee with people I’ve never met, spend lots of time unplugged and in the open air chasing the thing I’ve chased these last few years; my vision of the beauty of this world we live in and the people that share it with me. I’ll write about the entire adventure and take you with me constantly through this blog and the odd video update.

I sat in Vancouver’s Creative Mix conference a few weeks ago listening to the Head of Creative for Pixar Canada talk about what he called the Challenge:Ability line.  Where challenge is equal to our ability to meet that challenge we are most comfortable. Below that line is where challenge lags behind our ability and there is stagnation and boredom. Above that line is where our ability has to run to keep up with the challenge. It’s scary as hell but it’s what propels us forward. Steven Pressfield in The War of Art, talks about fear being the magnetic needle that points us precisely in the direction in which we most ought to be moving in order to do our best work creatively and personally. Both those voices are part of the larger chorus urging me forward to do this.

I hope you’ll join me on this journey as you have over the last years. I can’t wait to meet some of you. Once in a while I’ll be letting y’all know where I am and I hope we can make a way to meet and to share a meal together. If you have a spare couch I might even be induced to spend the night if you don’t seem too creepy and all Kathy-Bates -in-Misery’ish. I’ll soon be posting some ideas about my route and I’d love your input. Don’t do it now, because I’m trying to come up with a way I can put it all in one place instead of comments on multiple posts, but a little local intel goes a long way and if taking one diversion takes me to something little-known and amazing, then I’d be grateful to know of it. I’m not doing this to get anywhere, per se, but to enjoy the journey. And you’re part of that journey, so if I happen to be where you are and am not already completely peopled-out, I’d love to share a meal or a cup of coffee with you.

I will have no fixed address. I will often have no schedule or plan. It’s already distracting me at the oddest times, and is taking hours and hours of phone calls and prep to get my affairs in order.  I’m kind of nervous about the remaining work it’s going to take to get all the pieces in place, especially as I’ve so little time at home in the few months before I plan to throw my bag onto Jessie’s left-hand passenger seat, climb behind the wheel and start moving. In fact nervous doesn’t even describe it. Some moments it’s excitement. Some moments it’s just plain fear/terror/OMG!!. But that fear points me toward something amazing. It usually does in life, which makes it all the stranger to think we spend so much of our lives running from fear. I do  know, fear or no fear, that some of the happiest times of my life, some of the most enriching ones, have been when I’ve been in motion, when I’ve had fewer possessions, and when the highlight of my day was the people I’ve met.

Life is short and these dreams don’t chase themselves. In the face of the brevity of life and the wonders that await in the short span we’ve got, a little fear standing between us and our dreams – whatever they are – seems a poor reason, for not reaching out for those dreams.

If it all goes to plan, on February 27 I will have a going-away party/thing here in Vancouver at a friend’s studio, Jessie and I will spend the night parked out back, and when the sun comes up on February 28, we’ll grab a coffee and start our journey around this vast incredible continent.

So getting back to the post from last week, and my own response to the question I posed to you:

Life is short and therefore I will spend a year in motion, re-examining what it means to live more simply, meet new friends, photograph new beauty, and live new stories. I will experience the seasons and the geography and people of the continent on which I live and have spent so much time away from lately. I will risk the break-downs and the detours and the flat tires and the learning curve of maintaining a handmade truck when I haven’t the first clue how to do so much as change the oil. I will open myself to new friendships where my own inclination is to keep to myself. I will go to bed when the sun does and greet the dawn from my roof-top tent with a cup of coffee brewed by my own hands on a stove I had to light myself. I will be grateful for each passing day, each mile under the wheels, each unexpected diversion. I will get lost and some days I’ll stay lost. I will learn with an open mind. I will teach with an open heart. And I will share this journey with you. I hope you’ll join me, and along the way I hope you’ll share your adventure with me.