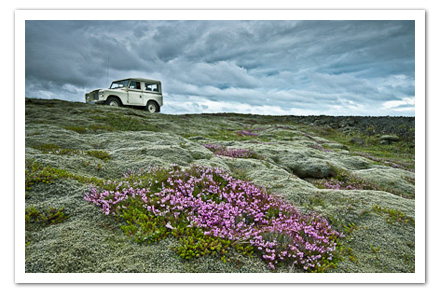 This isn’t really one of those helpful photographic posts, so if you’re jonesin’ for info on what gear I’m packing for New Zealand, you might want to just kind of move along 🙂 But I’m bursting to say these things, and I’m hoping someone out there needs to hear. I do.

As some of you know there’s some big changes coming down the pipe for me and I’ll give you a full report as soon as I can. I’ve fought the urge to make these changes for a while now and something finally cracked.

I had breakfast with a close friend of mine yesterday and it’s that meeting that is making me write this, because I can’t keep it in this morning. His wife, one of my favourite people on the planet, is fighting for her life against inoperable brain cancer. She’s fighting, but she’s not well, and the doctors are talking in terms of quality of life, not healing, not remission. My heart is breaking for her. My heart is breaking for him. A young couple that, like all of us, thinks they have forever together, have all the time in the world to chase their dreams. But we don’t. None of us do. It’s an illusion.

Life is short. We seem to think that we’ll live forever. We spend time and money as though we’ll always be here. We buy shiny things as though they matter and are worth the debt and stress of attachment. We put off the so-called “trip of a lifetime” for another year, because we all assume we have another year. We don’t tell the ones we love how much we love them often enough because we assume there’s always tomorrow. And we fear. Oh, do we fear. We stick it out in miserable jobs and situations because we’re afraid of the risk of stepping out. We don’t reach high enough or far enough because we’re worried we’ll fail, forgetting – or never realizing – that it’s better to fail spectacularly while reaching for the stars than it is to succeed at something we never really wanted in the first place.

A woman emailed earlier this year. Her husband, the love of her life, was a fan of mine and he’d just come through a tough fight with Leukemia. She asked if I’d take some time with him, go shooting with him if he came to Vancouver, sort of as a celebration of his recovery. I said yes, of course, how could I not. But I was busy, about to travel, and could we do it in a couple months when summer rolled around and I had time to host him. Of course. Let’s talk soon. I got back two months later and sent an email saying, let’s make it happen! And 5 minutes later got a reply telling me the leukemia had returned with speed and fury and within days he’d gone. Even now, I’m writing this with tears, though anyone that knows me knows it doesn’t take much.

We think we’ve got forever and that these concerns that weigh us down are so pressing. We worry about the trivial to the neglect of the most precious thing we have: moments we’ll never see again. We talk of killing time, passing time, and getting through the week, forgetting we’re wishing away the moments that comprise our lives. We say time is money when in fact the time we have is ALL we have. Money can be borrowed, time can’t. We fear taking risks, unaware that the biggest risk we run in playing it safe is in fact living as long as we hope and never doing the things we dreamed of. And then it’s too late. We watched our favourite TV shows, we fought a losing battle with our weight, we picked up the guitar once in a while and never quite finished the french language courses we wanted to do. We managed to get a large flatscreen and new cars once in a while, but the list of things we’d have done if we could really, truly could have done anything, kept growing. And we never did them.

I don’t know how to wrap this up. There’s no resolution. I was in Sarajevo last week thinking about all this; I’d be walking the old city thinking how amazing it was, looking into the hills that surround it. And then it occurred to me, just over 15 years ago the citizen of Sarajevo that stood in this spot was likely to be hit by mortar shells or sniper fire. We’re all terminal folks. We’re all in the sniper scope. We’ve got less time that we think. For every ten people that email me and say, “I wish I could do what you’re doing. I wish I could follow my dreams, I wish, I wish…,” I wonder if even one moves forward. I hope so.

Whatever your dream is, find a way to make it happen. Your kids can come with you. Your job can wait. You can find someone to feed the cat. I know, I know, there are so many reasons we can’t and some of those reasons are valid. Life is not only short, it is also sometimes profoundly hard. But I think sometimes our reasons are in fact only excuses. If that’s the case, take stock. I talk alot about living the dream, and I’m an idealist, I know it. But it’s not self-help, positive-thinking, wish-upon-a-star. It’s the realization that life is short and no one is going to live my life on my behalf. And one day soon – because it’ll seem that way, I know it – my candle will burn out; I want it to burn hot and bright while it’s still lit. I want it to light fires and set others ablaze.

Life is short. Live it now. And live it with all your strength and passion now. Don’t keep it in reserve against a day you might not have. While the ember is still lit, fan it to flame. Be bold about it, even if your circumstances mean all you have is to love boldly and laugh boldy. Because now is all we have, and these dreams won’t chase themselves.

End of sermon, thanks for listening. I just kind of needed to get it out there. It wasn’t the point of this but if you’re the praying type, send some mojo out for my friend and his wife. God knows who they are. 🙂

PS. If this post has moved you in some way, why not nail your colours to the mask. Read my subsequent post HERE.