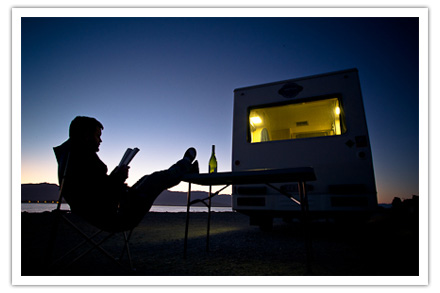 This is a pragmatic post, and I hope it doesn’t sound too preachy. But one of the things creatives struggle with is finding time to create. We all do. I get emails all the time asking how I cram it all in, how I “find the time to do everything I do.” I posted a longer, different response to that question HERE last August, if you want more on the subject. But if you want to get right to it, here’s how to find 45 days.

I was reading Todd Henry’s new book, The Accidental Creative, this morning. There was a little piece of math in there that twigged in my mind. He said he’d spend one minute each morning doing a futile, seemingly insignificant task, until he added up the minutes. 1 minute each day for a year adds up to 6 hours of time wasted. Gone.

Every creative person I know has at one point told me they didn’t have enough time for a personal project, to re-build an aging portfolio, to learn a new skill. Most of them seem to find or make the time to send out tweets, pour over Facebook, or check emails a couple dozen times an hour. Many of them have seen an entire season of whatever the last big TV show was.

So I did some more math. If I freed up one hour a day it would give me 365 hours. Broken into 8-hour days, that would give me 45 days of time. To do the thing I said I most wanted to do, but “just didn’t have the time.”

I know that some people truly are stretched for time. They probably need to slow down or cut back on a few things, I don’t know. But I do know this. There is never “time left over.” You won’t get to the end of the year and find you’ve got 3 weeks longer than you thought left over. It’s the same with money. Our expenses fill to take up the slack, and for some people they overflow. But you can’t get time on credit. So 24 hours is all you have in one day. I also know that you can’t save one hour a day and have 45 days left over at the end to spend on what you want. But you can pay yourself first.

Break it into whatever pieces you want, and spend it on whatever you want. But remember time is not money. Time is far more important than money. You will never be able to borrow back the time that’s gone. And mortgaging your present in hopes of time later (I’ll do it when I retire…) is just plain crazy. Your kids will never get any younger. Your personal project will never complete itself. But Twitter will always be there. So will Facebook. LOST will be on DVDs until Jesus comes back. You can watch it later. If you have time.