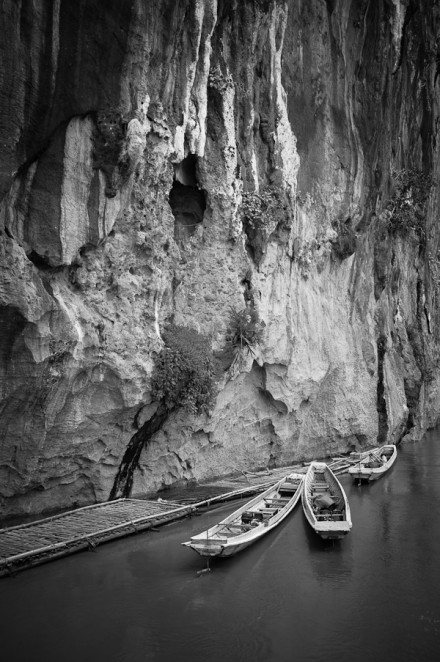 3 Boats, 1000 Buddhas. Photographed at the cave of 1000 Buddhas on the Mekong River in Laos. And I’m posting this from Bangkok. So it’s not really so much a postcard from Cambodia. That’s the next photograph. 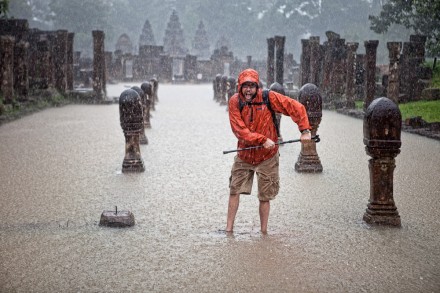 Sitting in the departure lounge in Siem Reap, it’s hard to believe this trip is over. In some ways it’s one of the longest, slowest trips I’ve ever made, everything taking much more care and thought than it’s ever taken before. But yesterday marked 5 months since my accident and I celebrated this morning by dancing in the rain, soaked to the bone, at a small temple called Banteay Srei on the outskirts of the Angkor complex.

Angkor was amazing, but it stirs in me the usual regrets and longings. Unable to climb a steep and muddy hill on the first evening here I sat with a cold can of Angkor beer, watching the tourists, and thinking how much I just wanted to photograph this magical place in great light, without the tourists and the touts they (we) attract, and that I was probably 100 years too late. It’s hard to get to upset about the tourists, without also considering my own complicity. I’m part of these crowds, and I kind of wish I would go away so I could enjoy the place alone. 🙂 In the end I may be one of the few photographers who has always longed to photograph Angkor and left without taking more than a couple scouting shots and deciding I was happier just wandering the ancient ruins slowly or watching monkeys jump out of trees into the flooded puddles below. 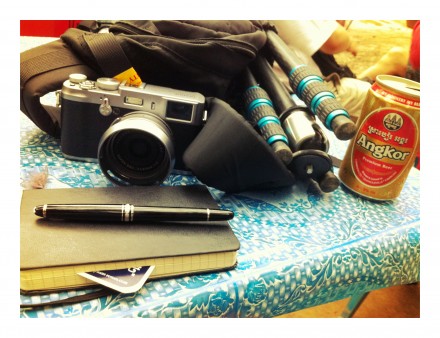 After 2 weeks with the Fuji x100, I’ve decided that traveling this light is bliss, and it’s a luxury I may seldom have. The camera itself is beautiful, well made, and small. It turns on quickly enough, but focuses like most compacts (slowly) and suffers from just enough shutter lag to make it occasionally annoying, and sometimes closer to useless. I still put the battery in the wrong way at least half the time, which is odd because it shouldn’t take much to make a battery compartment that takes a battery only one way, nor to make a battery that lasts a little longer. And I hate the weird gymnastics I need to do to change a focus point. But for all the quirks it’s a great little camera and I like using it, and the photographs it makes, better than any compact camera I’ve ever used.  I’ll keep in in the Jeep and it’ll be my go-to camera for traveling, but I can’t wait to get back to using a dSLR.

And now I’m off to Kho Samet for a week to sleep in, eat pad thai, swim in the warm waters of the Gulf of Thailand, and do all the stretching and strengthening I neglected over the last 2 weeks. When I get home the new book will be nearly out, and I’ve an ailing Land Rover to tend to and Thanksgiving to enjoy with family before getting ready for Mexico and Honduras. See you soon.