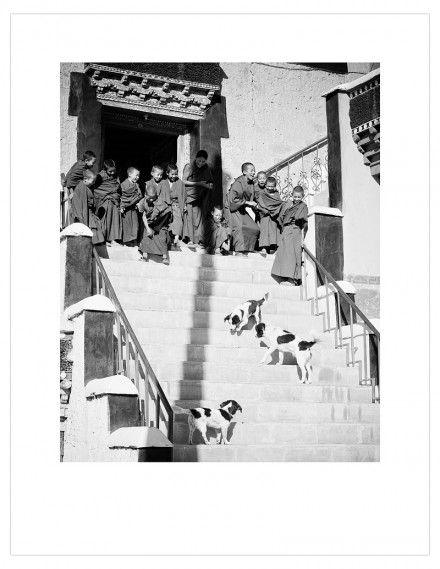 This is a bit of a rambling one. A couple years ago I was headed to Bosnia, in the process of buying Jessie, my Land Rover Defender, and planning to leave my home for a year in pursuit of stories, adventure, and some fresh air. The day I left for Bosnia my manager, Corwin, was hosting his annual Creative Mix event in Vancouver. One of the speakers was Dylan Brown, the Creative Director for Pixar Canada, and his talk revolved around one scary idea: keeping it above the 45. Let me explain.

Every creative I know that is doing something they love, is both excited and scared to death. They are moving in the direction of the fear, not away from it. I’ve come to know Dylan, the man who first introduced me to the idea of the 45. The man is insanely talented. But he’s just a guy. He’s got a job. He does it with mad skill. Pixar doesn’t hire hacks. But he leans into the fear, and when he talks about attending the premier of movies I adore, or being part of a team that’s won an Oscar, it’s because he leans into the fear, and forces himself to live above the 45.

I just got back from the printers. I spent a couple hours looking at books, papers, covers, bindings.  I have in mind to do a beautiful fine art book of my photographs. Not an education book. Not something that’ll hit Amazon.com or ever become a best-seller. Just a book of my photographs. And I know it’s the next step. I know it’ll consume a year of my life and a chunk of my savings. I know it’s going to make me cry, and be very, very expensive. But I also know I have to do it. I have to risk the learning curve, the time, the money, and the possibility that I’ll be still trying to sell them and giving them away for Christmas in 20 years. But if I am going to lean into the fear and live above the 45, I have to do it. Why? In part it’s because I want to leave something amazing behind. I call it a legacy project. But I’m not just doing it so there will be something left of me when I die. It’s because living above the 45 is where life, and art, is. I know it will be worth it.

It’s above the 45, and only above the 45 where growth happens and where we stop repeating ourselves and create something beautiful. Important. Good. When creatives and artists get stalled on the idea of making money with every project, and paying the rent, they abandon the muse, because the muse doesn’t give a hot damn whether you make money. She cares about making something beautiful and honest, about creating something that’ll outlast us. And while there are too many people that’ll put down a few bucks for something mediocre, there are as many people willing to put down more for something amazing, something beautiful, something that took risk and honesty to create.  It’s when we live above the 45 that we begin creating things for the very reasons for which we stayed below the 45.

At the risk of flirting with presumptuous inspirational nonsense, are you living consistently above the 45? Are you one step ahead of your fear or has it been a while since you even considered its presence? Are you growing or stagnating? Moving forward or back? I ask because my own answer is not always Yes. On the day I heard Dylan talk I was, as I said, heading out on assignment to Bosnia. I was packing up my home to live the life nomadic. To all appearances I was above the 45, but in significant ways I wasn’t. I wasn’t pushing my craft. I wasn’t leaning into the fear. Not the way I thought I was, anyways. What looked difficult and fearless to others, was comfortable to me. Where did I grow the most last year? In hospital and rehab leaning into the fear and fighting like hell to walk again. A high price to pay not to remain stagnant, but I think my art changed significantly through those days, and in ways that I doubt could ever have happened otherwise.

I just finished reading Hugh MacLeod’s new book, Evil Plans. It’s a light read and it’s not overly deep, but it lightheartedly points to some good reminders that it takes fighting like hell to do our work, and it takes a conscious choice to live above the 45. No one lives above the 45 by accident. You wake up every day and decide to work, to do the best work of your life, even your life’s work. You don’t sit around waiting for your real life to begin, because those that do will find it never comes, or that colon cancer or heart disease or some other unexpected horror comes first to wake us and our waited-for dreams slip away. Now is the time to feed your hunger for freedom, for beauty, for meaningful work. It’s not, as Seneca said, that we live for too short a time, but that we waste so much of it.