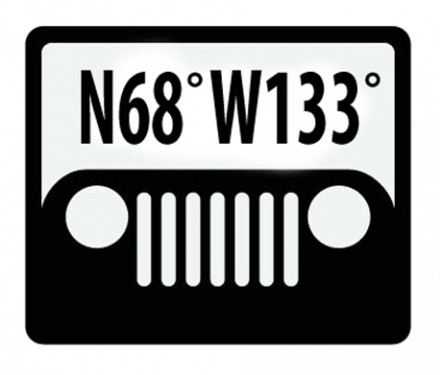 ARCTIC CIRCLE TRIP
On September 05 I head to Vancouver Island to pick up my friend Al Smith and his Jeep. Together the 4 of us (two guys, two Jeeps) head up to the far north of Vancouver Island to Port Hardy. From there we catch the ferry to Prince Rupert and drive north towards Whitehorse, the capital of Canada’s Yukon Territory, then further north to Dawson City, the heart of the Klondike Gold Rush. Then we push further north, picking up the infamous Dempster Highway and taking it as far as we can, across the Arctic Circle, and into the Northwest Territories, finally ending up in Inuvik (N68 W133), the furthest point north we can reach before winter when the Dempster becomes an ice-highway that’s impassable for three months of the year because, well, it’s just water then.  We’ll be gone for 3 weeks. Along the way we’ll be shooting the adventure with a set of Jeep-mounted Go-Pro cameras, and a couple Pelican cases full of gear. It’s been a while since I just pursued my own work and I’m excited to get into the arctic to swat mosquitoes and see where the muses lead.

In the meantime, lots happening here. We just wrapped the first Vancouver Gathering, a weekend for creative photographers, and we packed the studio with 20 wonderful people from all over North America. I had a blast, made some new friends, and can’t wait for the next one. It’s sold-out too, but we’re already making plans for Gatherings in 2013.

NEW WEBSITE
Next week we launch a completely new website. PixelatedImage is giving way to DavidduChemin.com, though the old address will still work. It’ll be a new look with some easier functionality, a print store, and a flash-free portfolio that functions nicely on mobile devices. You don’t need to know this, because you’ll just show up one day and it’ll all be new. But I thought you deserved a warning. 🙂

CRAFT & VISION ANNIVERSARY
Also next week we celebrate 3 years of Craft & Vision. There’s some exciting news and some prizes to give away and for three days only some great discounts. 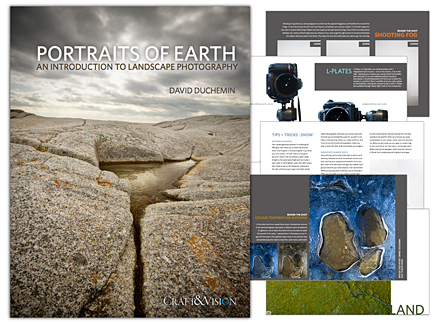 PORTRAITS OF EARTH
Finally, in two weeks, on the day I leave for the arctic trip, we launch my next eBook. It’s called Portraits of Earth, An Introduction to Landscape Photography. It’s large (90 spreads), beautiful, and packed with images and lessons learned while shooting on 7 continents over the last few years. Can’t wait to show it to you.