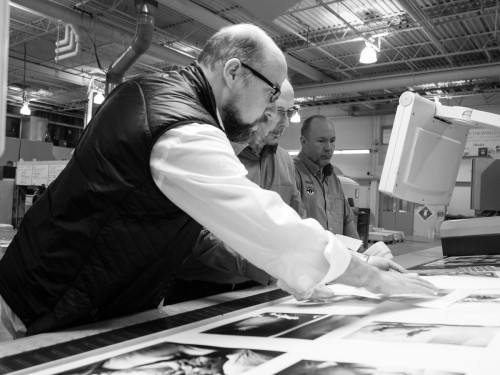 SEVEN, my fine-art book, is almost ready for the binders. I spent Friday and Saturday at Hemlock Printers watching sheet after sheet come off the press, a massive 10-unit Heidelberg Speedmaster. Each form is a sheet of paper with 6 pages per side, 12 sides in all. The pressman would put the plates on the machines, and run test after test. We’d look at the colours, make changes and tweaks and run more tests. Each form seemed to take about 1000 sheets of tests and make-readies before they’d print the forms that will eventually be cut, folded, and sent to the bindery. We’re not done yet, though we’re so close. I’ve still got three forms to go approve because there were some issues with colour that’ll require the skills of the pre-press guy to tweak, but what an astonishing thing to see something you’ve created come out looking so beautiful. The duo-tones especially have a texture, depth, and richness to them that make me want to print everything I ever make just like this. If you’ve seen Lenswork Magazine then you’ve seen what master printers can do. These guys re-defined attention to detail and an unwillingness to compromise quality. I left in awe. And I left more excited than ever to get copies of SEVEN into your hands.

I’m hoping to be there for the binding as well and will involve you with that process too. It was fun to send Facebook and Twitter updates this weekend. For those of you that missed it, here’s some photographs. 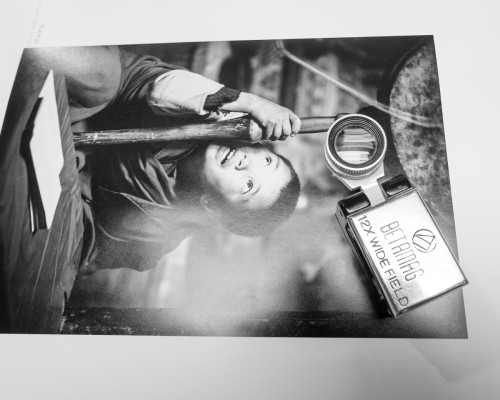 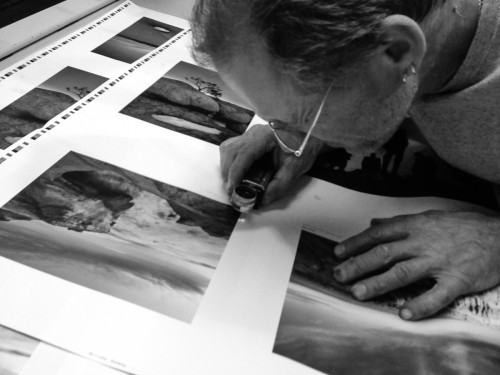 Checking the register to ensure alignment. 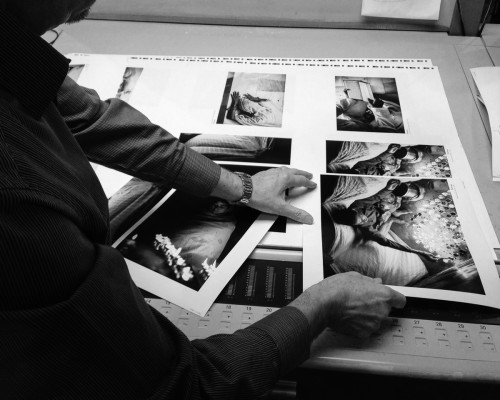 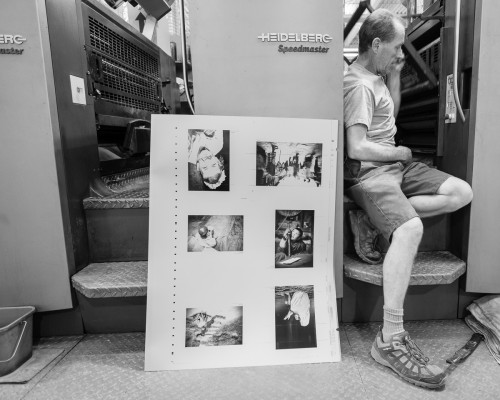 Changing plates on one of the press units. 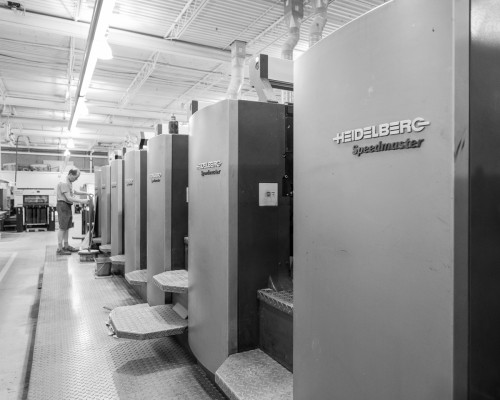 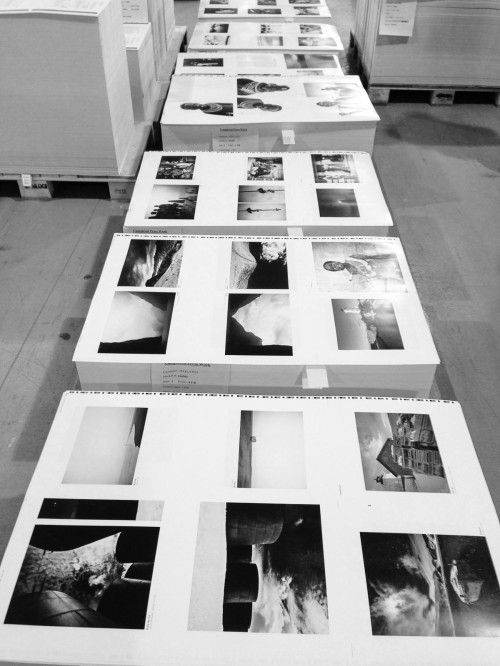 Printed forms read to be cut, folded, and bound. 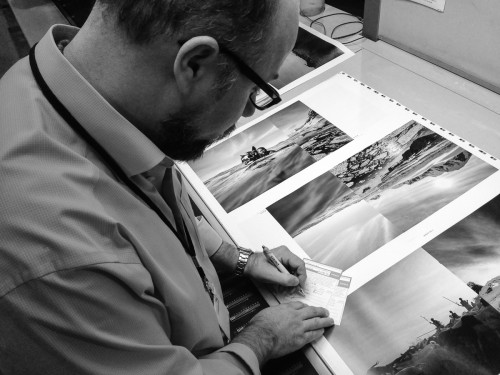 Signing off on one of the final forms

Lastly, it looks like plans are coming together for a book launch in Vancouver on the evening of June 05. If you want to pick up a copy of SEVEN in person, that’ll be a great place to do it, and I’d be happy to personalize the book as well. I’ll post about the event once I’ve confirmed details with my team. It’d be great to see you if you can come, have a glass of wine or cup of coffee and share this event with me.