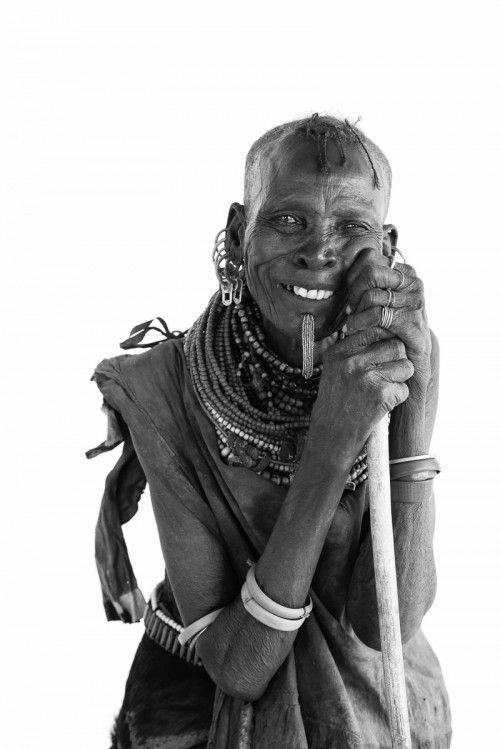 I’ve given various answers to this over the years. It’s not a simple question with a simple answer. And I won’t answer it for you now either. But, bearing in mind that I am not a photojournalist, and I don’t pretend to be, and therefore am not restrained by the same ethic or methods, let me give you my current thinking.

I walk into a small village, inevitably it’s some corner of the world that’s condescendingly called “the third world.” I have over $10,000 of camera gear in my bag. I’ve spent between $2000 and $10,000 just to get there. The person I approach lives on $1-$5/day. I introduce myself. I spend some time. They offer me chai. Sometimes a meal. They stop what they’re doing and they talk to me. I finally ask them if I can make their photograph,  something I will take home and show others, something meaningful and valuable to me. I take their time in order to do so. And sometimes they ask me for a dollar – and for the life of me I can’t even think of something I can buy at home for a dollar. An apple? A banana? I can’t even buy a bottle of water for a dollar. I wouldn’t tip my waitress so little as a dollar.

But I say No. Why would they even ask me that? What audacity! If I did this for one person, I’d have to do it for all! And think of the other photographers! Soon we’d all have to pay a whole dollar – maybe two! – for something from which we get great pleasure, and on which we place great value. Did the time I spent with them mean nothing to them? I gave their child a candy to show what a kind person I am, is that not enough? All I asked from them was ten minutes of their time while they were cooking dinner, tending their crops, feeding their flocks, carrying firewood, fetching water, before I put a model release in front of them and asked them to sign away their right to compensation, in a language they don’t understand – and they signed it, bless their illiterate hearts.

A dollar? I don’t think so. I knew this would happen. Such greedy people. If only they could get over their need to survive, to feed their children, to pay for malaria medicine,  school fees. If only they could be grateful that I’ve wandered, uninvited, into their lives, and asked them for something for nothing, without reaching out in hopes of getting something to lighten their load.

Are our portfolios getting bigger while our hearts get smaller? Are we more concerned about losing a few dollars than we are about losing our humanity? Would we rather be artistic than kind? Is it unfair to exchange something of value for something of value? What would you do in their shoes? More bluntly, just who do we think we are?

The way I answer these questions differs when I feel I’m being suckered or manipulated. There are plenty of scams out there, but get away from the touristed areas and you’ll find they thin out. This kind of bait-and-switch, where they insist you make their photograph and then insist again that you pay them, isn’t what I’m talking about. That’s a game, and I’ll play it with as much zeal as they do. I’m talking about honest exchanges.

I know, it’s complicated (is it, really?) But, “It’s complicated” is a poor excuse for a lack of compassion, kindness, and generosity. Whatever you do, don’t close your heart. It’s hard to be human, much less an artist, with a closed heart.

*I’m in Italy for a couple more weeks, so please don’t take a lack of response to comments as disinterest, I’m just not planning to log on. That said, as with the last post, Let Them Steal, I’m not writing to seek consensus, but to raise questions. If I felt agreement on these issue were important, or that my opinion were the only one,  I’d just keep my mouth shut. Feel free to add to the conversation in the comments.