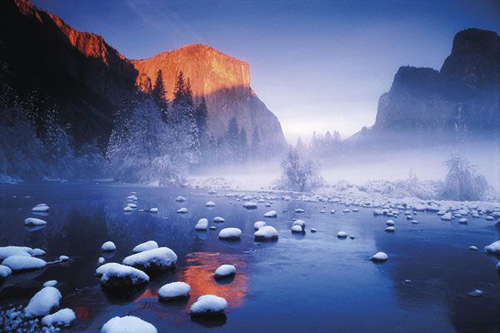 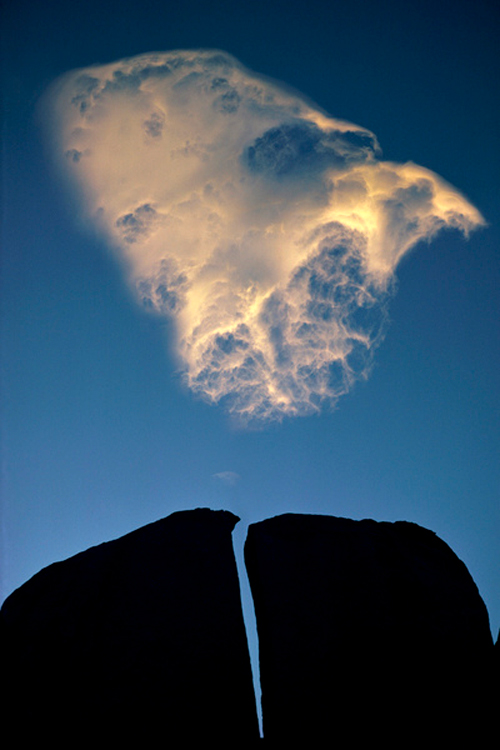 “Photography was a means of visual expression to communicate what I had seen to people who weren’t there. At first I was disturbed that 99 percent of my images didn’t look as good as what I had seen. The other one percent, however, contained some element–a beam of light, a texture, a reflection–that looked more powerful on film than to my eye. Without this I never would have been drawn toward photography as a career. I became fascinated with trying to consistently combine photographic vision and a visualization in my mind’s eye to make images that exceeded the normal perception before my eyes.”

Galen Rowell (1940-2002) was as much to this generation of outdoor, landscape, and conservation photographers as Ansel Adams was before him. Born and raised in California, he started climbing mountains at ten years old on Sierra Club outings, and by sixteen was making his first roped climbs in Yosemite. Over the next fifteen years he made over a hundred first ascents of new routes in Yosemite Valley and High Sierra backcountry. He was deeply accomplished, participating in major expeditions around the world.  Rowell made the first one-day ascents of Mount McKinley in Alaska and Mount Kilimanjaro in Africa, and first ascents of Himalayan peaks such as Cholatse and the Great Trango Tower. In last 20 years of his life, cut short by a plane crash when he was 61, he made more than 35 journeys to the mountains of Nepal, India, Pakistan, China, Tibet, Africa, Alaska, Canada, Siberia, New Zealand, Norway, and Patagonia.

It was into this passion for adventure and the outdoors that he brought his Nikon film cameras, becoming a full-time photographer in 1972, selling his small automotive business to make the transition, and getting his first major magazine assignment less than a year later—a cover story for National Geographic. More than an observer, Rowell was an active participant in the images he made and, like Ansel Adams, advocated a very intentional creative process, and used similar words – like pre-visualization – to describe that process. And like Adams, who gave us the Zone System, Rowell pioneered the graduated neutral density filters, in collaboration with filter makers Singh-Ray, that many of us use today.

Galen collected the usual awards and accolades (if not more of them than many), saw his work published widely in Life, National Geograhic, Outdoor Photographer, and others, and published 17 large-format books of his work, both in images and text, relaying his passion and advocacy for the world, always coming home to the Californian Sierras he loved so much. Rowell perished,with his wife Barbara, in a small plane, while coming home from a workshop in the arctic.

“Before Mountain Light the many magazines I had worked for never let me say what really motivated my work, and how different my style of participatory photography is compared to that of an observer with a camera who is not part of the events being photographed. It is the difference between a landscape viewed as scenery from a highway turnout and a portrait of the earth as a living, breathing being that will never look the same twice.” 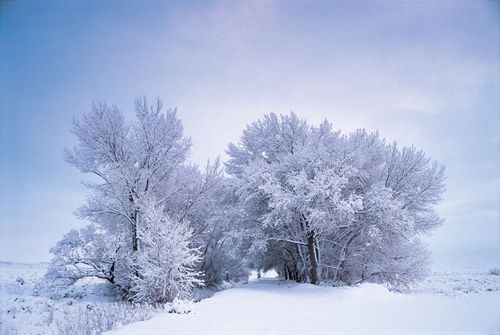 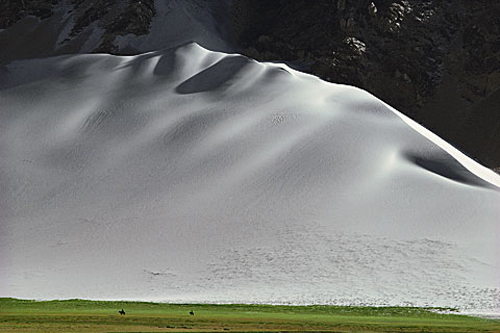 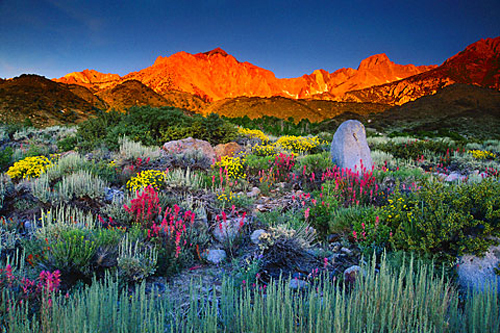 You can find Galen’s work on his website  – MountainLight.com, but if you want more, I have all three of these on my shelves, and go back to them often. In fact, it’s probably time I cracked Inner Game open and visited my old friend, and mentor (from a distance; we never met) again.

Mountain Light: In Search of the Dynamic Landscape

Galen Rowell’s Inner Game of Outdoor Photography While this is not a book of photographs, per se, this one is a must-read to get into the heart and mind of one of the great modern landscape and conservation photographers. I know a number of photographers working today, myself included, that cut their teeth, or were strongly influenced by this book.