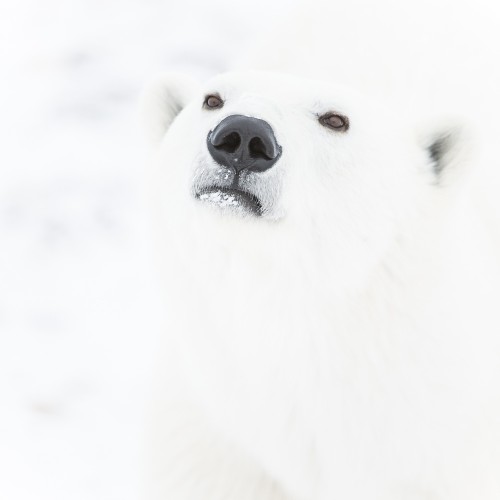 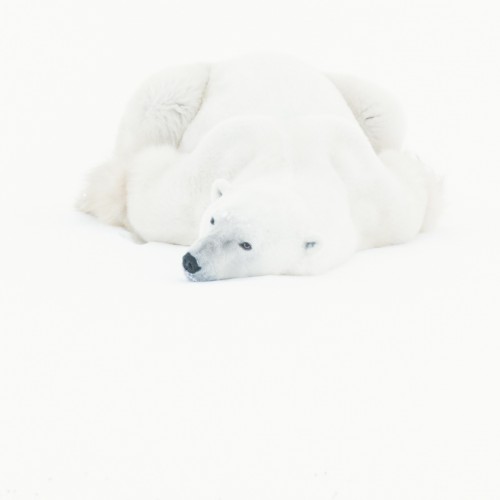 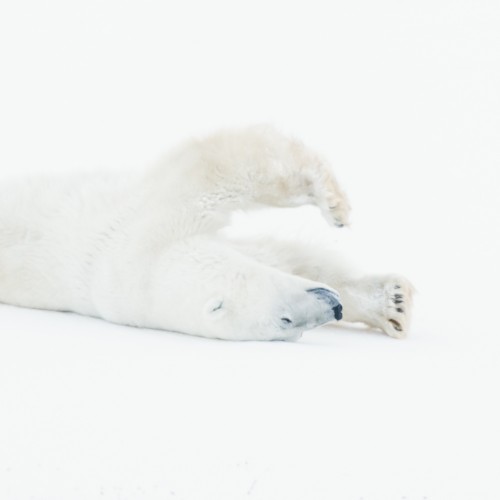 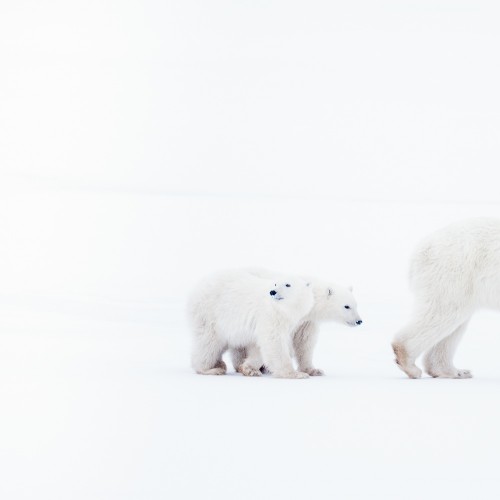 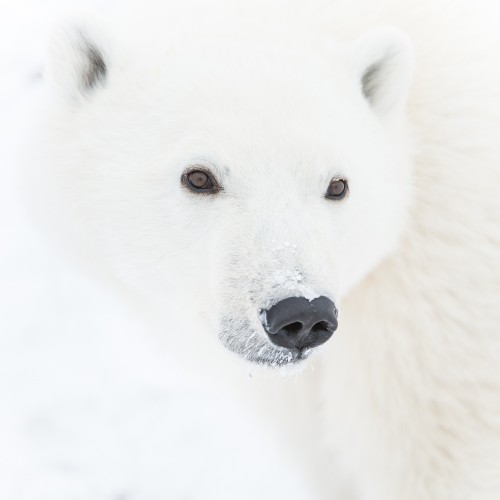 I’m sitting in a Winnipeg hotel room, the sun’s coming up late into a bleak winter sky, and I’m surrounded by cold-weather gear, long lenses, and the sense of loneliness that comes after a long-anticipated adventure has wrapped up – that anticipation having been a companion for months. And now it’s over and I head home to do the work that comes out of these trips – the downloads, backups, printing, digging out from the email pile that accumulates during absence – and to get ready for the next ones. 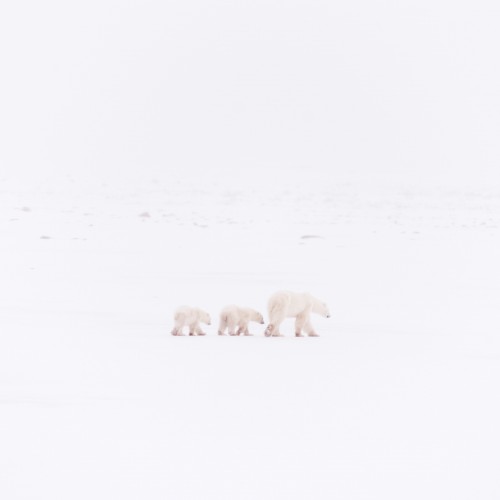 I went to Cape Churchill, to be frank, to see the polar bears before they disappeared. Disappeared seasonally, from land to sea-ice, as they have done for thousands of years, and disappeared altogether as a species, as they will by the end of this century. The warming of our planet makes it unlikely that Polar Bears will survive past 2100. So when a friend called and asked me to join him on a trip to Cape Churchill in Wapusk National Park, a place only 40 people a year, excluding scientists and park wardens, get to visit, I was in.

Churchill isn’t far north relative to the rest of the Canadian arctic region, but it’s way up there compared to anything else. Jutting gently into the storied Hudson Bay, the Cape is perfect for watching polar bears before they wander out onto their feeding grounds, the sea ice, many of them having gone without food for many, many months. The key, however, is timing. Go too early and the tundra won’t allow travel, go too late and the bears will be gone. We arrived on the threshold of too late. 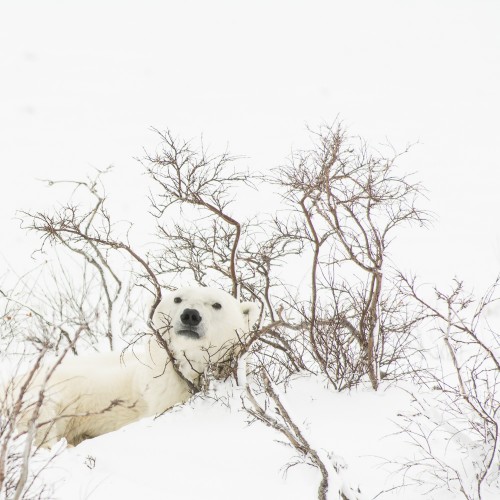 All told we saw just over a dozen a bears, maybe 20 at the most, some of them moving too fast, and too far, to photograph. We spent long cold days in the tundra buggies looking, surprised by the very occasional Arctic Fox or ptarmigan, knowing that with each passing day the chance of seeing bears was diminishing, a reflection of the broader realities of global warming and vanishing sea ice. The chance of seeing these bears – of our grandchildren seeing these bears – is diminishing.

The tundra, even empty, is a beautiful place, and our week was not wasted. I suppose this is part of what makes a good wildlife trip – the chance to see the unexpected. Sometimes the unexpected is not in our favour. I’m coming out of this trip with a dozen images in a series I like, though I have yet to see them on a large monitor. And I’ve got a series of images I made on the iPhone that I can’t wait to send off to Artifact Uprising to print. And I have a week of memories with friends, and an unexpected week with John Marriott, a friend and talented wildlife photographer. And I did get time with the bears. Briefly I looked into their eyes, photographed them while they rested, and watched the mothers walk towards the horizon with their cubs. I’ll return at some point, but until then I’ll spend time with their distant cousins, the Grizzly Bears and Spirit Bears of the west coast, for which my plane leaves in a couple hours. Those trips will be later in the year. But first I’ve got Venice, Hokkaido, and Kenya to return to.

The images at the top of this post are from my Instagram feed, and there are more images there if you care to check them out. I’ll release my full series when I’m ready to, likely later this year some time, or when my planned book, WILD, is released in 2016. The processing is rough and inconsistent, but I want to share them with you.

Hey, if your read this far, it’s time for the infamous Black Friday sales. I’m loathe to add to the noise and clamour, but if you want one last chance to save big on anything in the Craft & Vision library, it’s all 50% off today and tomorrow – including my coffee table book, SEVEN. And whether you do or don’t take advantage of that, most of you, at some point, have done so. Thank you. You are all a part of what I do, and make it possible. I remain deeply grateful to you.