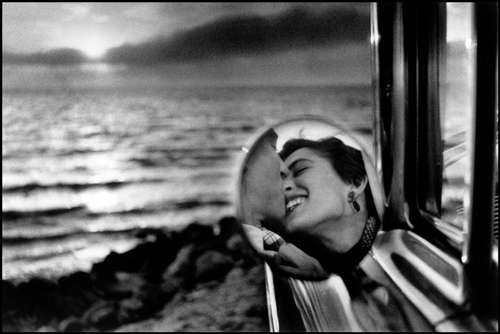 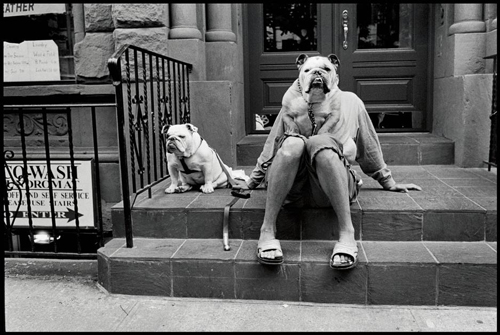 “It’s about reacting to what you see, hopefully without preconception. You can find pictures anywhere. It’s simply a matter of noticing things and organizing them. You just have to care about what’s around you and have a concern with humanity and the human comedy.” – Elliott Erwitt

Elliott Erwitt (1928 – present) is one of my favourite photographers. A photojournalist and commercial photographer, he is known for his black and white photographs of ironic and absurd situations within everyday settings. A master of timing, Erwitt has an incredible eye for juxtaposition.

Born in France in 1928 to Russian émigré parents, Elliot spent his formative years in Italy, his family immigrating to the US, fleeing the nazis, when Erwitt was ten years old. They first settle in New York, then two years later moved to LA. While attending Hollywood High School, Erwitt worked in a commercial darkroom that processed prints of movie stars for fans, and he went on to study photography and filmmaking at Los Angeles City College and the New School for Social Research. In 1949 began his professional career when he travelled to Europe, photographing Italy and France. In the 1950s he served as a photographer’s assistant in the US Army while stationed in France and Germany, eventually moving back to New York, where he met, and was heavily influenced by, Edward Steichen, Robert Capa, and Roy Stryker, all of whom became mentors to him. 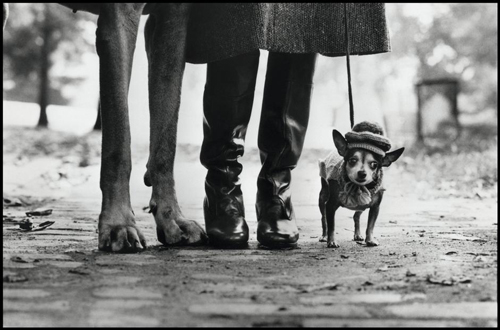 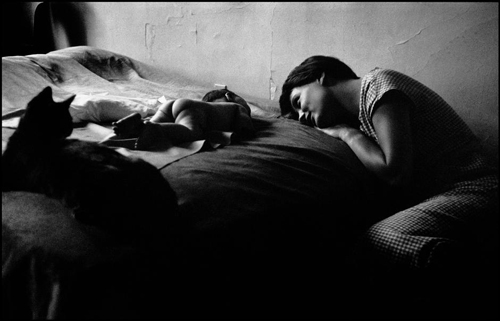 Erwitt went on to a freelance career, photographing for Collier’s, Look, Life, and Holiday, until eventually joining Magnum Photo Agancy in 1953 at Robert Capa’s invitation. He created a body of photojournalist work from around the world, also doing commercial assignments for companies like KLM, Chase Manhattan Bank, and Air France. Erwitt is still active with Magnum today. His books, journalistic essays, illustrations, and advertisements have been featured in publications around the world for over forty years.

There’s more to say about Erwitt. He strikes me as immensely creative individual who needs several outlets. In the 1980s he produced 17 comedy and satire television programs for HBO, and at one point created an alter ego to “satirise the kooky excesses of contemporary photography”: the beret-wearing, pretentious Andre S. Solidor (abbreviates to “ass”) who is “a contemporary artist, from one of the French colonies in the Caribbean, I forget which one.” I can’t think of another photographer I’d rather sit down over coffee with. 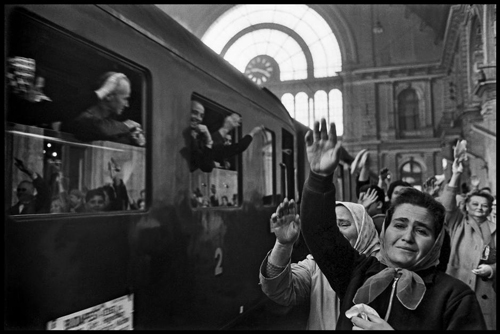 Studying Erwitt is, to me, as good as it gets. His work is deeply human, lacks pretense, and has a wit about it that’s unmatched. His sense of timing and composition is sublime. If Henri Cartier-Bresson conceived of the idea of the decisive moment, Erwitt perfected it.

All of Erwitt’s work is worth enjoying, and studying. Here are two I’d recommend, both quite different from each other. The first, Personal Best, is among my favourites.