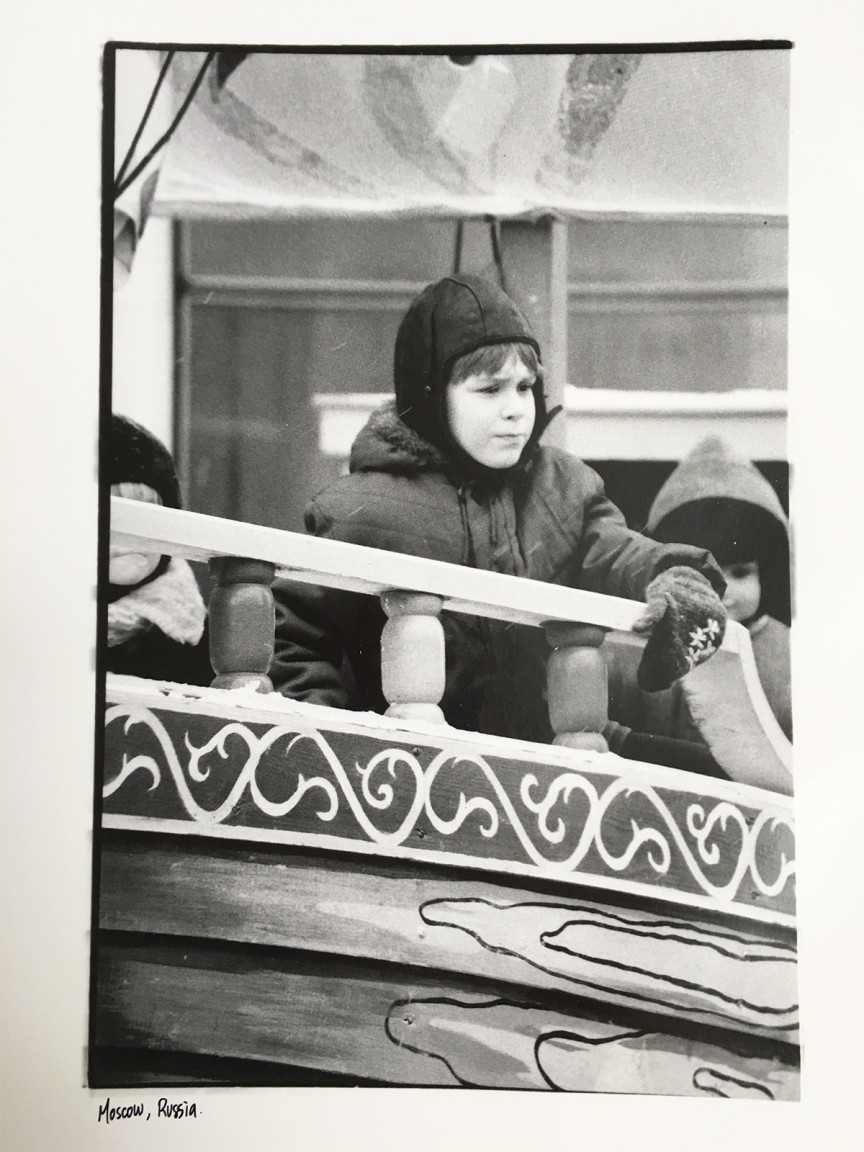 It was January 1992 and the Iron Curtain had fallen so recently we were all still blinking our eyes. The cold war was over and I was in Russia, shivering through one of the coldest winters of my life, brought there by idealism and delusions of Dr. Zhivago. I lived that winter in an apartment in Yaroslavl that was colder inside than out, despite having dispatched two large rolls of duct tape in a bid to keep the winds and fine snow from blowing in through windows that seemed to amplify the ferocity of the weather outside. The mornings were so cold we’d take turns drawing a hot bath and getting in, still in our full length union suits, not so much to bathe as to warm up. God help you on the mornings it was your turn to wait for the water to heat up and make its way through the rattling pipes to the massive rusting bathtub.  A man could freeze to death in less time.

Idealistic young theology students, we spent our days bringing faith to the godless Russians, a little disappointed to find faith was not only already there, but more robust and tested than any faith I could claim as my own, then or now. We preached under banners of Lenin’s likeness, rich red velvet embroidered with CCCP in gold, still waiting to be taken down and replaced with nobody yet knew what. It was an astonishing time of change. Not everyone made that transition particularly well.  We were not the only ones.

The young man that approached us in St. Petersburg was clearly wrestling with the finer points of free-market economics, new as it was, when he approached my friend and me asking for change, which we’d have gladly given him were we not – dressed in the layered winters clothes and torn blue jeans of the dirt-bag climbers we were at the time  – on our last dimes ourselves, trying to make them last until we flew home later that week. He repeated his request, and we repeated our polite decline. We did this a few times,  the exchange getting less and less polite. To our relief he finally turned to walk away, then  – much less to our relief – turned back, a thin razor blade in hand, and said, “Your money or your life,” which would have been  much more ominous had it not sounded so much like a line from a bad movie, and had we not been wearing every layer of clothing we owned. His blade, double edged and rusty, seemed to pose more of a threat to him than it did to us. Cutting us deeply enough that it would induce us to part from our pocket-change, would have taken not only an act of compliance but of collaboration, from us. We declined. He became more agitated. And then he left.

Sort of. He walked away, down snowy sidewalks filled with art, the kind that’s framed and ready for tourists to take home. We watched him go, nervous he might come back. Which he did, but not before he looked nervously in both directions, pulled a framed painting off an easel, and stuffed it into his overcoat before striding back to us.

“You want to buy painting?” he asked.

The subtlety of his approach has probably been refined in the years since that incident. I wish to this day that I’d bought the proffered painting, pilfered as it was, if not for the art, then for the memory.  What I did buy on that trip was an antique samovar, an elaborate tea kettle unique to Russia. It was large, heavy, nickel-plated, and bought after no small negotiations with an investment of both rubles and time. It was a surprise then, when, the customs official in the large grey great coat and rabbit-fur hat, pulled it from my duffle bag at St. Petersburg airport, with the look of a man who saw an opportunity and a sucker. Putting my various knick-knacks back in the bag he said, “Souvenirs, no problem.”

He never asked me how much I paid for it. Instead he reached into his great coat and pulled from it’s vast interior a ziploc bag, which he opened to reveal another ziplock bag. This he opened, revealing another ziploc bag. He left this closed, the calculator inside as safe from moisture as the coming calculations would be from logic. His thick fingers flew across the buttons furiously. I’ve seen quantum physicists make calculations with fewer variables.

“Ten dollars!” he said triumphantly, before looking confused, disappointed, and declaring, no, in fact, that was not correct. He pounded more buttons.

I gave him my last two ten dollar bills which he shoved into his pocket with the calculator and his collection of ziploc bags, before pushing the samovar and the spilled contents of my bag into my arms, saying “You go now!” before looking nervously over his shoulder and walking away, no doubt to spend his new-found fortune on caviar and vodka.

Two strangers tried to take me for all I had and left me with stories for which I’d have paid so much more. The photographs of that trip, forgettable as they are and still on slides, are like bookends to the much more interesting moments, as if the camera (a Pentax PZ-10, as if it matters) served only to get me there. These moments, and so many more, are why I chuckle when new cameras come out and the hordes run to praise them, buy them, and review them only to find to their surprise, they’re just like the others that came before them. Boxes of plastic, metal and glass, soon obsolete, and only as interesting as the lives lived by their owners, and the photographs they make.