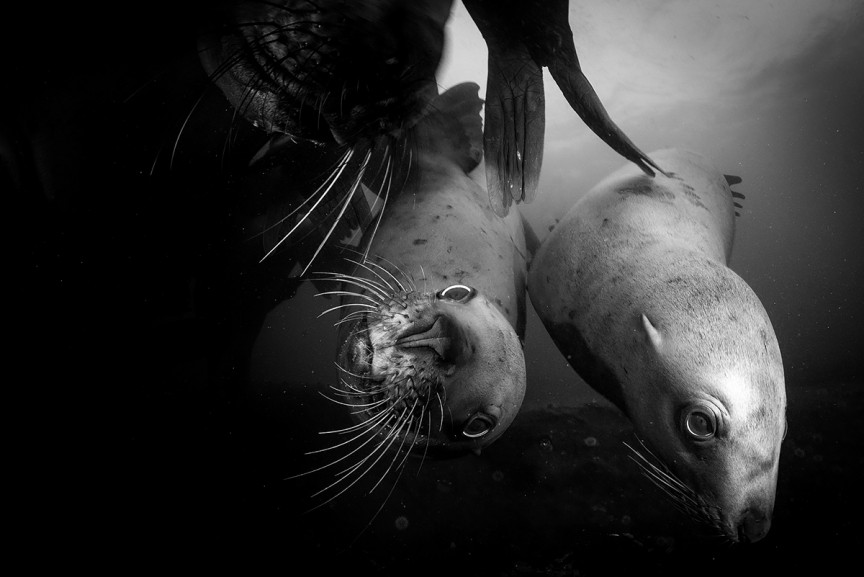 By now there’s a good chance you’ve heard about the 4 young men from High On Life, a British Columbian clothing company, that have been wheeling their way around the USA in a bright blue bus, and, as it turns out, wreaking some havoc on the National Parks in the name of self-promotion and fun. Their latest escapade, and the one for which the internet is calling them out, and for which it looks like forgiveness from the masses is a long way out, was a willful departure from the path at the prismatic springs in Yellowstone, and into some very delicate ecosystems. This departure happened in the face of several well-placed signs warning in no uncertain terms of the havoc this kind of stupidity can cause. All for what? Some soon-forgotten video like the one they made as they drove across flooded salt-flats and leaving tracks that would out-last the videos by a long-shot? Or the selfies they took as they rappelled over the edges of arches, an activity very clearly contra-indicated by signs? And now Federal charges are pending. And sponsors are dropping out. And they’re a cautionary tale on my blog. That itself is a bad sign.

These young men obviously wanted to do some good. For their brand, certainly. And for others who might long for a little excitement in their lives. That impact is largely gone now. Their brand will be lucky to survive. They have lost their integrity and their audience, but I suspect they lost their way some time ago if they’re this willing to overlook the impact of their foolishness. I could give a sh*t about their brand, but the ignorant destruction of beautiful things gets my ire up.

As photographers I suspect most of us ask, “Is it good?” about our work? And by this we mean is it technically good. Or does it connect to our audience? Or does it succeed in expressing my vision. All good questions, forgive the obvious pun. But I think we can do better. I think we can ask, “is it good?” in a larger sense. Does it do good?

The news is full lately of photographers doing stupid things. A barn at a heritage site in Florida recently burned to the ground because a photographer with more pyromania than taste, or sense, apparently, thought it was a good place to spin flaming steel wool. That spinning fire shot was interesting (maybe) when we’d never seen it before. Now that the novelty has worn off it’s clearly nothing more than a cheap parlour trick. There is no shortage in this world of true beauty, and of stories that need telling. If the best we can do is selfies with spinning fire, we’ve jumped a tired shark and should probably consider a purer form of narcissism and self-absorption. Wanking, for example. It’s still free and, done right, hurts no one.

We can do better. We can create images that create new understanding, that open our eyes to beauty, that stir in us the desire for change and ignite in us the motivation to act on that desire. Photography as a storytelling medium can be so much more than trite, novel, or mere eye-candy. Eye-candy, as a metaphor is a terrible one. Even real candy is crap for anyone that eats it more than very occasionally. And that’s what we’re doing more and more – devoid of substance and anything the human mind and soul can take nourishment from, we’re pumping out saccharine images. We’re trading impact for likes and it’s a foolish trade that will hurt us all in the eyes of a public that values photography less and less every day.

I still believe there are no rules in art, and in writing this I am not saying others ought to do this or that. Public opinion and local law enforcement has a way of judging the most egregious of those offences as we’ve seen recently. What I am saying is that we have an opportunity with this medium to communicate messages – and to do so in a way that does no harm – that speak directly to our humanity, and that do good. And I think those of us that choose the long game, and prefer impact over the fickle appetites of audience, will create something better than a very temporary social media following – we’ll create legacy. Long term that’s a better trade in truest sense of the word. And a more human one. A good one.

In short, “look at me” as an ethos or a modus operandi usually does more than simply backfires. It harms others. It nourishes no one. It leaves more than just footprints, it leaves the sucking trail of egos wielding their craft more for themselves than for others, and we are all poorer for it, having lost the respect of audiences that require that respect if they are to listen to our stories, and feel the weight of the beauty we see.