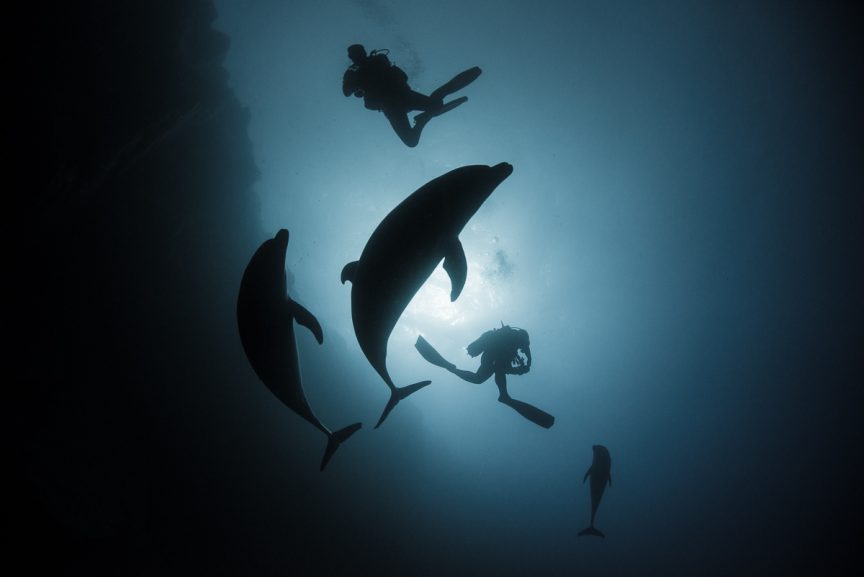 We have this astonishing notion as photographers that we just have to go to a cool place, put our cameras in front of cool things, and not screw up the exposure or the focus, in order to get compelling photographs. Deep down, though, I think we all know it’s not true, at least for us. Well, it’s rarely true for anyone, and when it is it’s a coincidence so staggering the university probably shrugs it off as a rounding error.

What is true, is that we need to put in the time, no matter what we’re photographing, and the more time we give to a subject the more we get to know it, anticipate moments, and ride out the time when the light is not in our favour, the lines lead nowhere, and the moments are uninspiring.

Time is one of our raw materials. The more of it we have the more we can make of it. And yes, luck also plays a huge part in photography, but that too is tied to time. If you subscribe to my Contact Sheet, I’ll be sending you an email about luck, and being better prepared for that luck, later this week (and if you’re not, you can subscribe here, and I’ll send you an eBook with my thanks.) In that email I’ll also be sending you a downloadable PDF monograph, Distant Blue, for a more full glimpse of my work from this last trip.

So because time is so important, I’ve just come back from a sixth trip to the Revillagigedo Archipelago, the area divers collectively refer to as Socorro, after the largest of the islands: Isla Socorro. I was there for 2 back-to-back one week dive trips, putting in the time, riding out the days when weather and light and lack of marine life made photography unproductive, and discouraging. I’ll do the same in Tonga this fall, staying for three weeks, and it’s what I do in places like Venice, India, or Kenya. Staying longer and going back as often as resources allow.

If you asked me right now what the secret to better photographs is, I’d tell you there was no secret, but then I’d tell you without hesitating that if there were a secret it would be this: put in the time.

It’s not really a secret. But it might just as well be, for all the people that say they know this to be true but then go out and buy a “better” camera or a “sharper” lens instead of spending the money on freeing up the time to do deeper work on a personal project, or extend their trip to Istanbul, or wherever, by a week or so. A huge chunk of money is spent on the transportation to a place, doesn’t it make sense to spend as much time there as possible? That new “money lens” won’t do a damn bit of good on a trip so short you’ve only got time to grab some snapshots and postcards before turning around and coming home.

Better photographs? I’ll put my money on the photographer with the beat-up 5-year old camera and lens who’s able to stay in a place for a month, over the day-tripper with the newest and shiniest.

But here’s the thing. When you’re putting in the time it doesn’t always feel productive. It doesn’t feel like you’re gaining anything. In fact it’s often accompanied by all the usual angst and frustration, the boredom, the doubts, the wondering why you’re there to begin with. It’s only in hindsight, when you can look back and see that were it not for the time you spent, patiently waiting, watching, trying different approaches, making sketch images by the hundreds, and returning to a place over and over in different light, different weather, whatever the context is in which you photograph, you’d never have come up with the final work you did. So don’t get discouraged. It’s a process and you’ve got to trust that process. Many of us don’t put in the time simply because we get bored or don’t see immediate results. Don’t give in to that.

Try this: double your time. If you were going to spend an hour on a portrait session, spend two. If you were going to work on a personal project for a couple months, give it four. Your next seven-day trip, cut corners and find a way to stay for fourteen. Then keep your eyes open, and your camera in hand. The time will be well spent, I promise.

Wow, that escalated quickly. Sorry, I meant to allude to my sermon about putting in the time, not inflict it on you.But it’s a needed sermon for us all so, so I’m leaving it here.

Ok, the short version: I went back to Socorro this last month (April) for the sixth time, because you can’t meaningfully photograph things without putting the time in. Happily the time I’ve spent there is paying off and I love the body of work I’m creating. So here are some of the very early edits; some of them are here, others will go into a short monograph that I’ll be emailing to with my Contact Sheet later this week and you can subscribe here.

This was an amazing trip, full of long periods fighting with the muse, floating in 10-30m of endless blue water, wondering if I’d see anything at all, between the rarer times when I was in the presence of giant mantas, or dolphins and forgetting the rest of the world even existed. On one dive I spent 40 minutes with a single manta, completely alone in the middle of the Pacific, dancing and diving and barrel-rolling together. It was transcendent. A forty-minute moment of grace that neither my photographs nor all their thousand words could convey. Nevertheless I tried. But for those magical forty minutes you need to put in hours and hours of waiting, looking, and seeing nothing but blue.

I’m still in Los Cabos now, and will be home  home in Victoria tomorrow evening, and then I’m home for almost 4 months. Thanks for being on this journey with me. 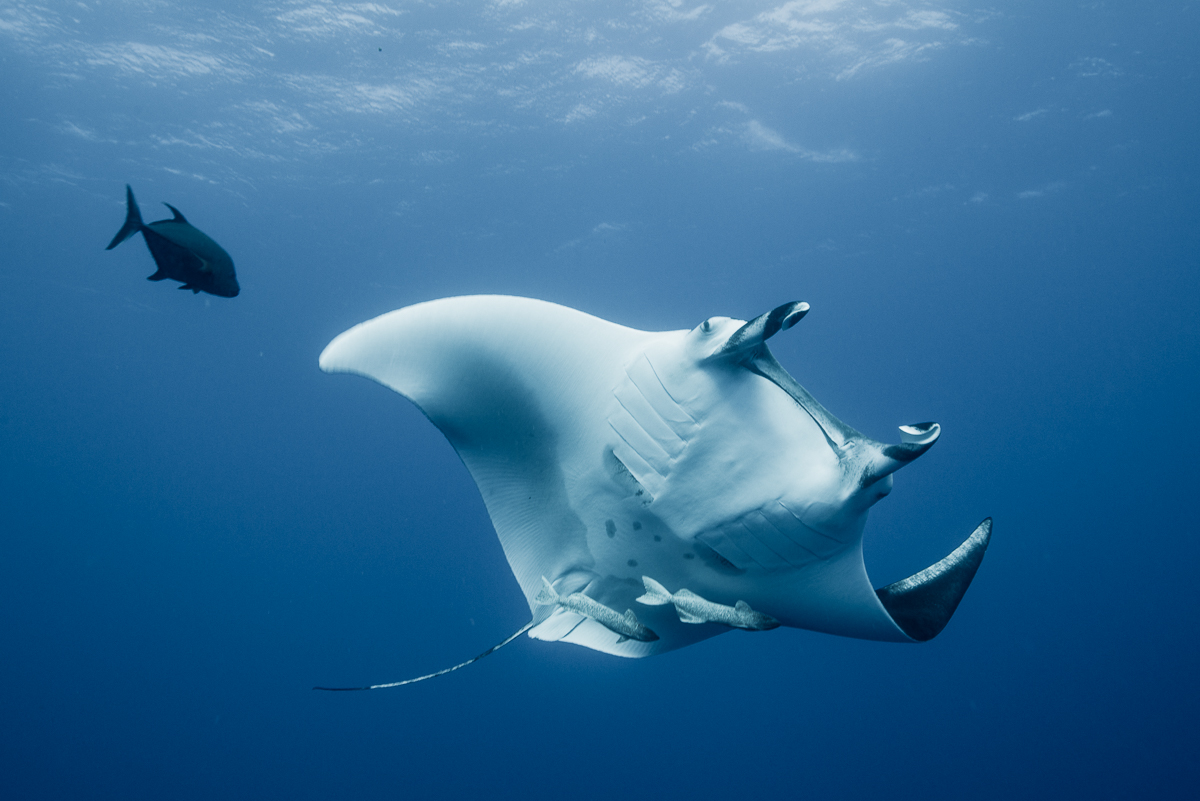 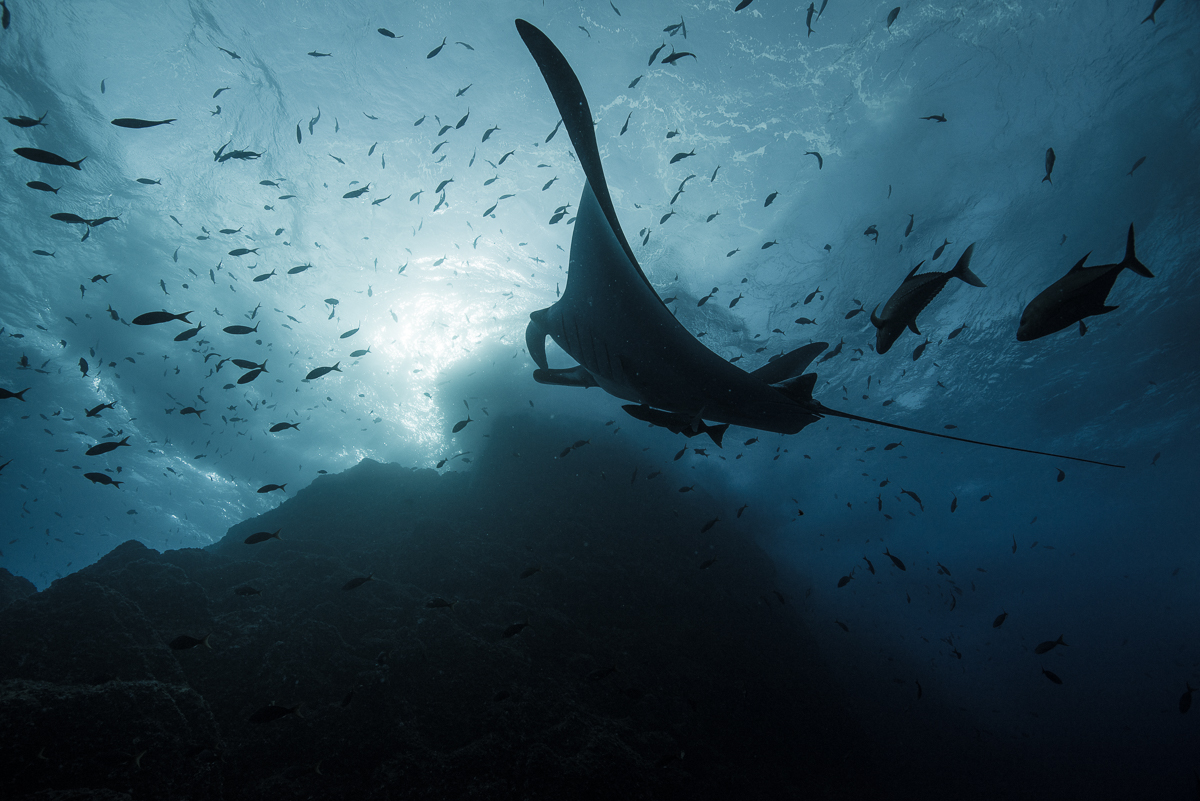 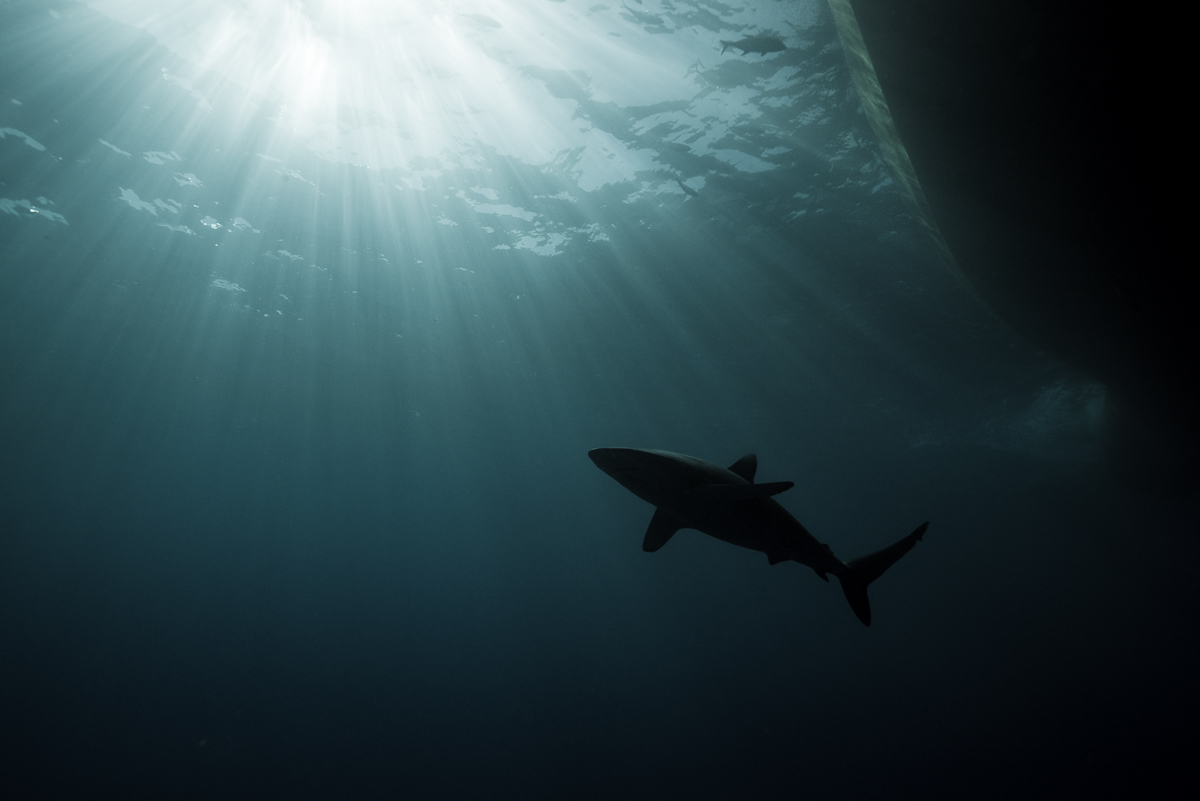 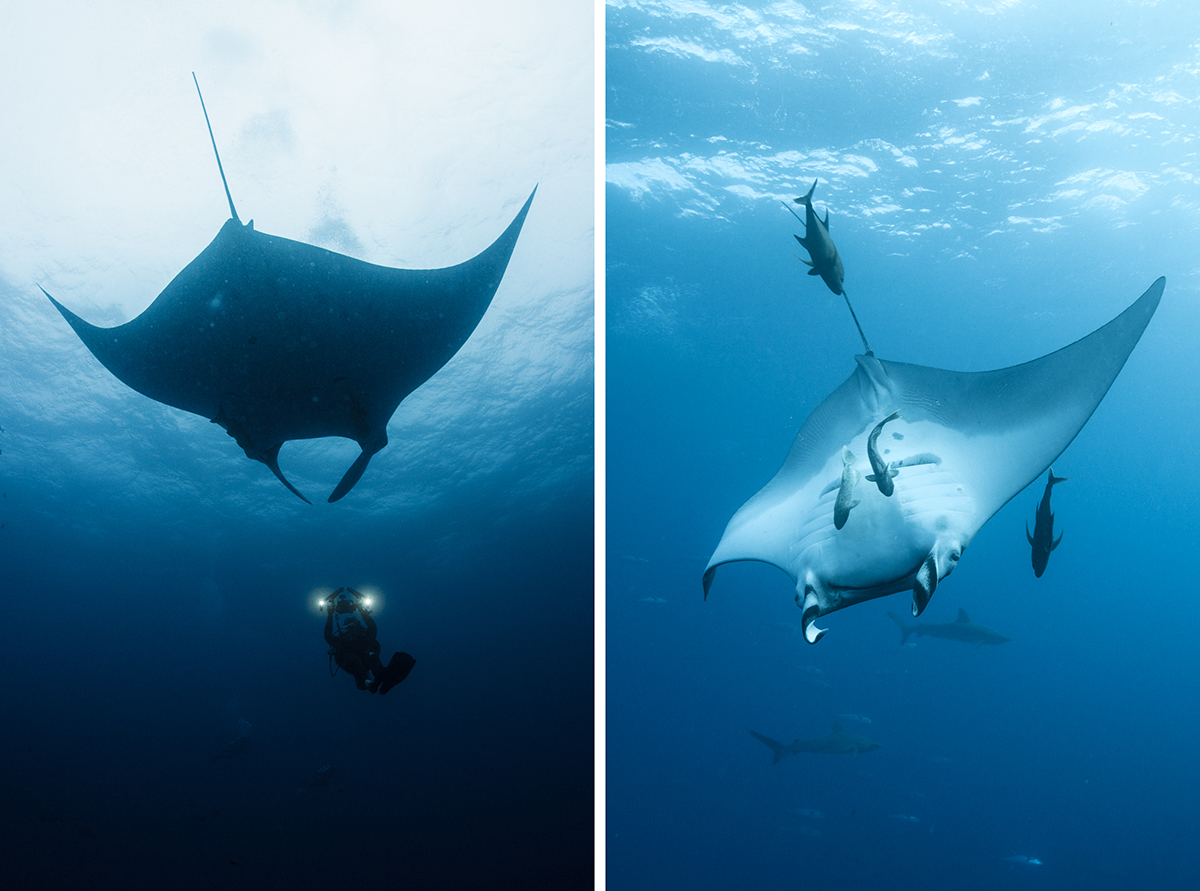 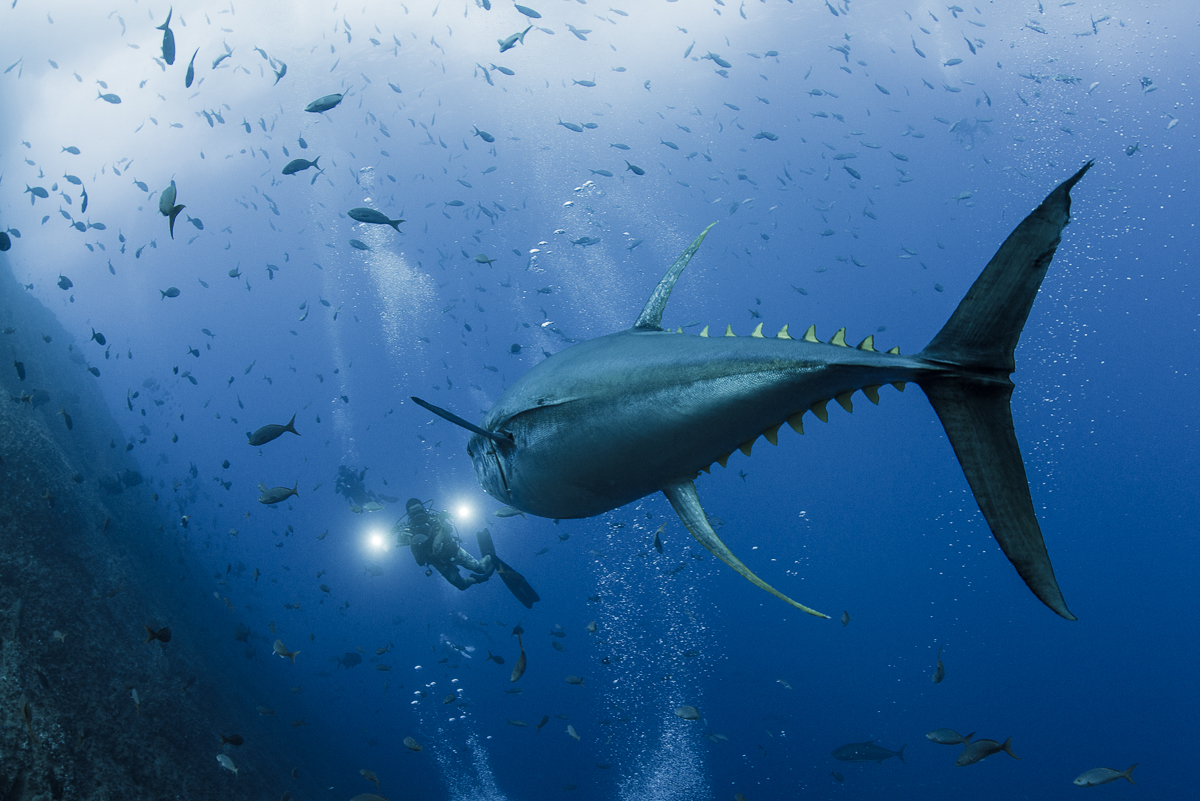