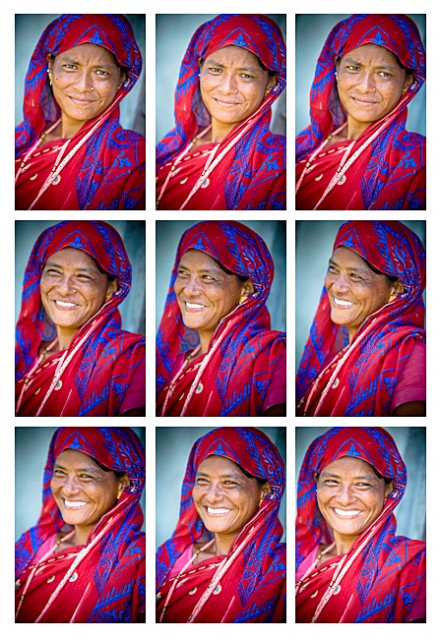 When I wrote the first two eBooks – TEN and TEN MORE – the subtitles suggested that they were ways to improve your photography without buying gear. I’ve been amused, to say the least, to see the reaction to this by several others (including the prolific Scott Bourne, who’s written two posts inspired by the concept – HERE and HERE) who’ve written blog posts using the concept as a spring board to their own thoughts.  It all gives me hope for the Coming Revolution I trumpeted on Scott Kelby’s blog a while ago. In that guest post I said,

And as nature abhors a vacuum (cats also abhor a vacuum) we’re beginning to show signs of coming back to centre. It’s encouraging. Lord knows we won’t stay at centre for long, we always seem to swing too far the other other way – from Artist to Geek and back again – but we do learn from the swing and from our brief time in the centre. Anyways, this is not about that. This is about smiling, and I bring it up because it has nothing to do with gear or technology.

I read in Annie Leibovitz At Work that her heart broke when her kids began smiling intentionally for the camera. I understood what she meant and I’ve since heard others talk about this same thing – we put the camera up, ask for a forced smile, and often record nothing but the awkwardness of a disingenuous moment. It’s sad. But I love making people smile, even asking them to. My friend Kevin Clark goes to all lengths to make his subjects smile. But the smile isn’t the point. The point is the moment after the smile. The smile is not the end, it’s the means. As a comedian I studied laughter. Laughter is a release of tension, not unlike crying. When real and unforced, laughter is a genuine unguarded thing. The greater the tension, the greater the laughter when that tension is released. So when I force a smile, when I get them to interact with the camera in ways they’ve done countless times, it’s not on the smile I press the shutter, I’m waiting for the moments after, when the release comes, when they lapse into a state of genuine reaction before the wall goes up again. That may be a more genuine smile, it might not, but it’ll be real.

Making portraits of people is not easy, the camera is always there, intrusive, looming. The camera brings with it, in so many cases, a heightened self-awareness to the subject. But get your subjects to break that tension, whether through laughter or in the denouement of a smile, and there’s often a moment in there, one that in another place Steve McCurry called “the soul coming up into view.” A smile can be fake but the moment after it is often very genuine, honest, and unguarded. So don’t look at the LCD the moment you photograph a smile. Be aware that your most honest moment may be yet to come.

Speaking of improving your photography without buying gear, I’m doing the big announcement of my third eBook on Friday, but in my enthusiasm, and my fear of screwing up the coding (first time I’ve done it myself, the Legendary H usually does it) I accidentally went live with it just before the weekend. So if you’re really anxious, head over to the Pixelated Image Bookstore – Drawing The Eye is there now. Still 32 pages of pdf goodness, still only $5. I’ve said it before but thank you so much for the support you’ve given these things, through purchasing them, reviewing them, tweeting and facebooking – I’m truly grateful. OK, see you tomorrow!