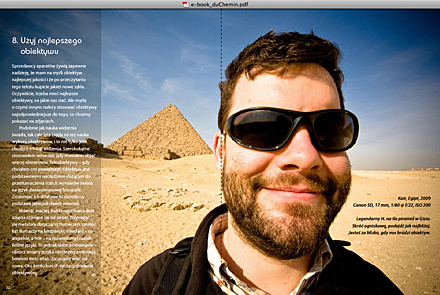 I get a kick out of this one. It’s a spread from my first eBook, TEN, and it’s in Polish. Published by Galaktyka, the same publishers who will be publishing Within The Frame in Polish as well. Any idea how wierd it is to see your own book in a language you can’t read? This is the beautiful face of the Legendary H.

I want to point you to two books, but I swear I didn’t write them. The first is relevant for you VisionMongers out there. The second for creative photographers of all stripes, and some of you are going to be surprised by the recommendation, I think. 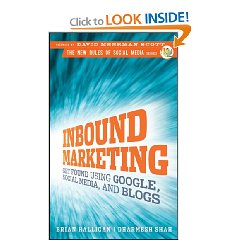 The first is called Inbound Marketing, by Brian Halligan and Dharmesh Shah. I’m about half-way through it on my Kindle and it’s a refreshing book on a topic often reserved for slimy snake-oil sales and SEO hucksters. It’s an exploration of marketing tactics involving Google, Blogs, and social media, it’s an easy read, and there’s some good stuff in it, especially if those three topics give you a bit of a head-ache. It’s written for mortals, not tech geeks, and the authors’ overuse of the word remarkable, while as tedious as my own overuse of the word vision, serves to remind us of the value of being exceptional, and creating & engaging in conversations about us and our products – which is what so-called web 2.0 marketing is all about. More information on Inbound Marketing on Amazon.com HERE

; It’s a good book for further study if the stuff in VisionMongers got you started in this direction. 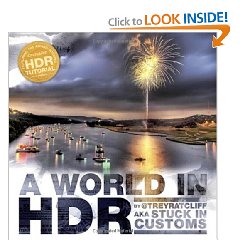 The second is Trey Ratcliff’s A World In HDR. I got my copy of it last week, and I’m almost done. Some of you know that I don’t do HDR (High Dynamic Range) images. I’ve never even come close. It’s not my thing any more than giant polaroids are my thing. However, the backlash against HDR is also not my thing. Is it as overused as any other of the treatments or styles used as the Un-Suck Filter of the Week to rescue otherwise poorly conceived images? Sure it is. Sometimes. But that doesn’t mean the use of HDR should be tossed out any more than sharpening should be tossed out because too many people abuse it.

Where Trey’s book succeeds for me is in two areas. The first is the images. They’re presented large and I’m enjoying looking at them. They stir my paint, and if you’ve been around these here parts for the last while you know I put a lot of stock in creative paint-stiring. The other thing the book does well is address some of the Whys behind HDR and creative photography as much as the Hows.  If you love HDR, this book might give you the tools and the mindset to begin using HDR more mindfully, and it will, I think, give you some inspiration. If you aren’t a fan, it might be time to put the disinterest aside and look at the book all the same, not in the interest of becoming a convert, but in seeing what you can learn.

Here’s the interesting thing about HDR images – a lot of photographers seem to dislike them, it’s a love it or hate it kind of thing, sadly. But the general public, the non-photographers out there, love them. And we should be asking why. Anyways, I love my copy. You can get more info on Trey Ratcliff’s A World In HDR HERE