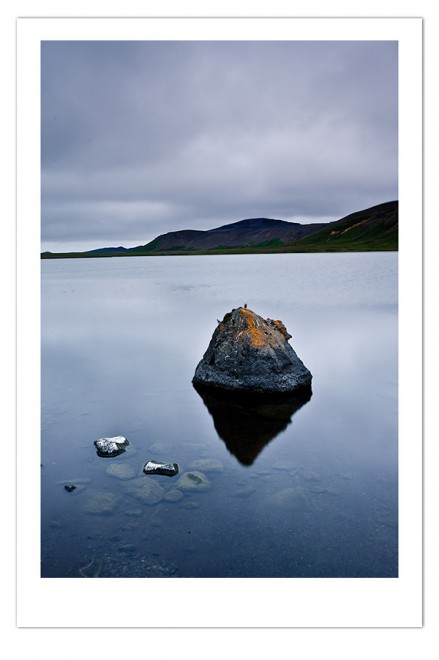 Last week Owen Shifflett wrote a post on Viget.com that made the rounds. I tweeted it. Chase blogged about it. And it got rounds and rounds of kudos and attaboys, among them my own voice. And then something started to bug me. Owen’s title – How Inspiration Killed – Then Ate – Creativity, says it all. It lays the blame for the death of creativity (I didn’t get the memo on this one, but moving on…) at the feet of our need for inspiration and the usual imitation and derivation that occurs in its wake. It’s (still) an article well worth reading. I suggest you read it before you read this post, but once you’re done there, come back here and let me throw my towel in the ring in defence of Inspiration.

Here are my thoughts. Consider them thunk for your consumption and discussion. Comments, as always, are open.

1. This is a case of mistaken identity. What we now call the phenomenon of inspiration is often Inspiration’s doppleganger, Imitation. To be clear about this, Inspiration means to inspire. It means to breathe in, it is the gathering of raw materials. Before we engage in any creative endeavor we must have raw materials. The more we increase our inputs the more raw materials we have to engage the “what if?” of creative processes. What we do with that in-spiration is up to us. We can incubate the stuff, work within constraints, and do something true and unique (hard road) or we can peel the skin off the old stuff and make it look new, look like ours. But faulting an essential part of the creative process for our natural inclination to take the easy road isn’t helpful.

2. Everything is derivative. Ultimately there is nothing that is not created in the context of other stuff. We see two things, combine them and juxtapose them to create something new. We see something we don’t like and we react and move in the opposite direction. But to advocate a creativity free from true inspiration is a step in the wrong direction, which, by the way, is not what I believe Shifflett is suggesting. I think he’s simply using the word the way so many do and in doing so making his point well to those that use it that way. The danger is that in so-doing we villainize an important part of the creative process and suddenly we’re heading in the same direction Owen is arguing against – the death of creativity.

3. Adapt but don’t Adopt. What is needed is an adaptive approach to creative processes, not an adoptive one. In the words of Bono – every poet is a cannibal, every artist is a thief. We all draw from sources outside ourselves. The challenge is in finding your own voice, in adapting elements, thoughts, processes – whatever – and not not in adopting them. One strips former things down, re-purposes them, combines them with parts from myriad other sources still, and takes us to a different place than when we started. The other just likes what he sees, gets “inspired”, steals the original idea, and makes it his own with a can of spray paint. One is creative, results in something new and comes from the in-spiration of many sources; the other is just imitation and while it might well be the first step in learning your craft, it won’t get you any further.

4. Inspiration Comes From Working. Inspiration, in the rare sense that it appears like that bolt from the blue (it never is, but let’s pretend) still comes from working. It doesn’t come from flipping through a book looking for an idea. It comes from putting your camera in your hand and being honest with yourself, and learning your craft, embracing your constraints.

In case it’s not clear, I’m advocating (I think) for the same thing Owen Shifflett is, but I think I want the word Inspiration back. I’d rather re-align our use of the word to its original meaning than cave in to a popular use that leads us in the wrong direction. The more we understand how creative processes work, particularly our own process, and that includes a proper understanding of inspiration or increasing our inputs (and then using them for good and not for evil) the more life and breath we give to our creativity. Creativity is far from death, but if we deny it the need to breathe in and out we’re stepping closer to the morgue.

5. One more thought in post-script: I think there’s another issue here and that’s where we go to find our inspiration. If our primary source of inspiration is other photographers then I think our work becomes not only more derivative than usual, but we begin to draw from a thinner gene pool and, well, y’all know how that turns out. No one wants to see the results of our artistic in-breeding. We should be drawing from the widest pool, breathing in the purest air. By all means see what other photographers have done in order to learn from them, but when it comes to filling our creative wells, it might just be best to drill into the deeper, purer sources, not just the groundwater downstream from everyone else. I’m not sure if those metaphors work for you, but they do for me. 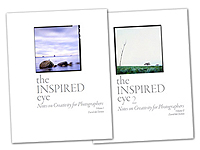 I don’t normally do this, I usually save my shameless self-promotion for posts of their own, but if this is something you want to explore more,  I discuss creativity and inspiration (the good kind, not the evil twin) in two $5 eBooks – The Inspired Eye and The Inspired Eye II, both available on the Craft & Vision website. Both books look at ways in which creativity happens, and ways to hone your own processes.