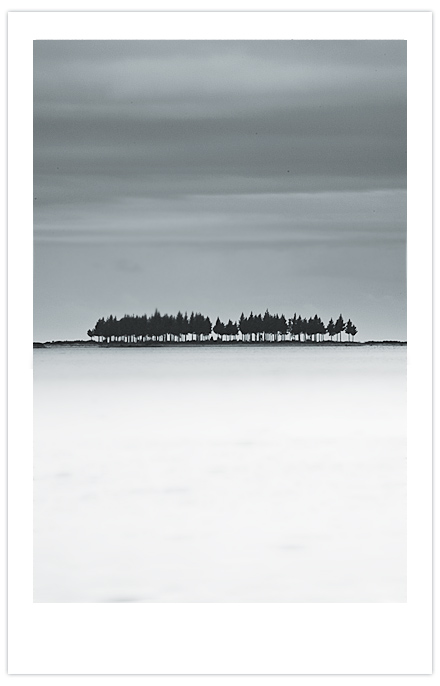 I call this one, OH MY GOD HIS HORIZON IS IN THE MIDDLE!
New Zealand, 2010

While I can’t yet talk openly about the next book, my time in Jamaica brought me to finishing about 2/3 of the draft and as it slowly takes shape it comes closer and closer to becoming a real thing, a thing I can talk about and start getting excited about. And I am excited about this one – really excited. As I write, the book begins to suggest things to me, tells me what it is and is not, and what it is is a book concerned with photographs themselves, and what they say. It will, if it has to be pigeon-holed, be about composition. So last week on Twitter I asked a casual question: Do you have any questions about composition and visual language that you want discussed in the new book? Among the replies was one that kept coming up; it led to a few new paragraphs in the book and I’m bursting to expand on it.

The question, reworded, was essentially this: How do I know when to break the rules and when to follow them? After thinking about it for a while I started chuckling because what this question is asking is for another rule concerning when to break rules. So let’s back up.

There are no rules in art.

There are none in composition, exposure, focus, or any other element of our technique. There are principles of good technique, and there are many so-called rules that once upon a time had a known rationale behind them, but as with so many things those rules broke free of their rational moorings and started drifting. They come to us, washed up on the shores of our craft in so many well-intentioned books and magazines about photography and it’s high time we stopped following them. Art created in adherence to rules is art about rules, not about passion or beauty or any other thing about which humans have made honest art over the centuries.

That’s not to say there aren’t helpful principles, but they are only that. They’re guides to help us make our decisions, but divorced from the Why, separated from the reason they became rules in the first place, they’re more a shackle than a permission to experiment and express. I know the usual response to this discussion is that you have to know the rules first, then you can break them; I think that’s baloney too. Just knowing the rules is useless. We need to understand the principles of photographic expression, the reasons these rules came into play to begin with in the first place, then use or ignore them in the service of our vision as we need.

So by all means, keep the sun over your shoulder, your horizons level, and your centre of interest on an imaginary line along the thirds of your frame, but do it because those decisions get you closer to expressing your intent in this one photograph, not because you read it somewhere. Do it because it leads to an aesthetic you want in your image. Do it because it brings a sense of balance – or imbalance – or because it builds tension. Don’t do it – or not do it – just because it’s a rule. Because some of your best photographs will be made, not in willful defiance of  so-called rules, but in understanding the principles and chosing to use those principles to go in a different direction. When it works, shoot straight into the sun, skew your horizon, and put your centre of interest anywhere you please in the frame. There is no should in art.

No literature professor worth his salt would tell you that you should always use certain words and sentence structures in certain situations. Nor would a serious literature student ask when she should use metaphors instead of similes. Composition is about taste and unique expression and no book in the world can teach those. It comes through trial and error. You play with the concepts, find where they work for you and where they don’t. Like our spoken languages, you add to your vocabulary one word at a time, you learn to play with the order of words, and eventually to experiment with timing and juxtapositions as you tell, for example, your first joke.

Some of this just simply can’t be taught. It can be learned, certainly, but even then it comes through long days of experimentation, frequent failures, and for some it will always be a struggle. That’s the hard face of it. It’s what makes us sigh a little when we see the work of the masters – if it were within easy grasp of it all, we’d simply replicate it and move on. That we have masters and masterpieces at all is a witness to the fact that for most of us it’ll be a hard-won battle to finding our voice. And as most of us are all too familiar with the frustrations of that battle, that’s good news. It puts us all in the same boat. Floating, but without a motor and having to figure out the damn oars all by ourselves.

Much of that stuff is going into the first bits of the new book. As I said last month, I’m moving on from discussing vision and taking the next step to discussing expression. I hope you’ll come with me, with your own healthy disregard for the so-called rules replaced by a curiousity about how photographs work, what they say, and how to better express ourselves through our photographs. We so often think of cameras and gear as our language, but they aren’t. They are our instruments and they’re beside the point. The photograph is what matters.