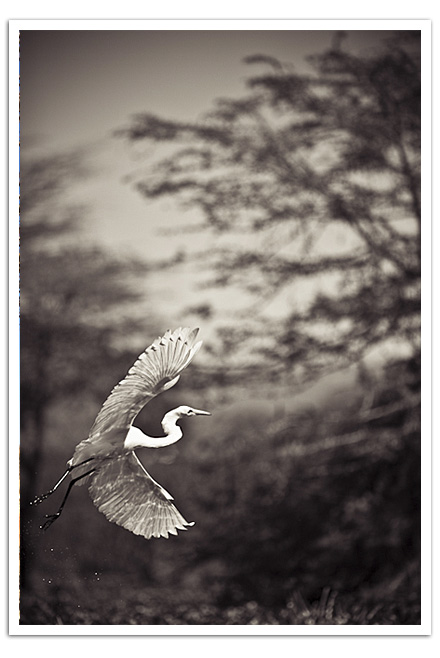 I’m just back in Nairobi now, but wrote this a day or two ago. The image above is from Lake Naivasha, not from the Boma shoot, for which you’ll have to wait to see images once the client’s had first crack at them.

As I write this there’s a large bull elephant about 18 feet from my bed. We’re at Samburu Lodge and after 12 days in the bush we’re finally heading back to what people keep calling the real world. For me it’s a return to a real bed and a toilet I can sit on, not much more. This is very much the real world, though not one we often choose to see. The vast bulk of the world doesn’t have a large-screen TV or two cars in the driveway. The majority world still cooks on three rocks and a fire. Already I miss waking up in the small stick huts we’ve been sleeping on, hearing the breeze and the din of northern Kenya as it wakes at dawn instead of a too-loud ceiling fan. We’ve had an unbelievable adventure with Kathleen Colson and The Boma Project team for whom I am working. Still, it’s good to be heading home. 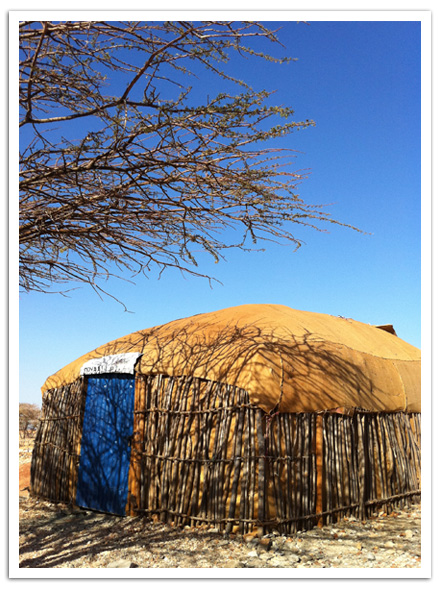 One of the huts we called home over 12 days. This was probably the fanciest. Look, it has a door!!

I’ve shot over 6800 frames, inhaled enough dust to last a lifetime and what dust didn’t end in my lungs made its way into my cameras. Some days it was as hot as 45C / 113F, and even the folks that live in the heat were seeking shelter. I’ve had 5 flat tires, fired an AK 47, drove a Defender across the Kaisut Desert, swam nervously in Lake Turkana with the highest concentration of crocodiles in the world, ate beans, rice, cabbage, mutton or camel for most meals. I was adopted by a Rendille Village and given a Rendille name. I played Mzungu Will Eat You in every village (Mzungu means “white man or stranger” and the game consists of me throwing my hands in the air and chasing the kids. I’m very scary 🙂 ) I got violently ill in a town that Google doesn’t know exists. I photographed Rendille elders, Turkana dancers, and Samburu warriors. I put in countless hours with my best friend/field producer/assistant Corwin, for whom this was a first trip to Africa. In short we had an absolute blast. 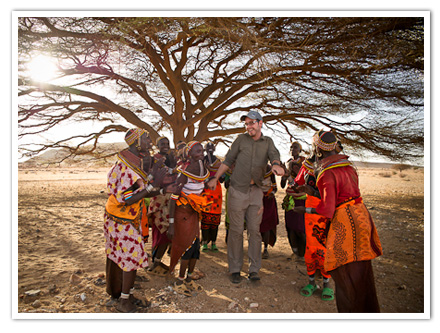 If you like this photograph of Corwin dancing with the women in Korr, you’ll love the video! Click HERE to see the YouTube video of our cultural ambassador in action!

I’ve got a few days in Nairobi to do some basic file prep and re-entry stuff, check in on Jessie, and get laundry done, then it’s home on the 15th/16th for a blitz of getting things done before Jessie and I hit the open road. I’m coming home inspired. After this time with these nomads, people who re-define the lower limits of poverty for me, it’ll be easier to take less on the road with me. It’ll be easier to live on less. It’ll be harder to withhold help where I can give it. These trips always change me.

I’m often asked if I get culture shock when I go away. My stock answer is that I get culture disappointment when I come home. When I get home people stop looking others in the eye and smiling. They stop shaking hands and asking who I am, how I am, and how my family is doing. They stop offering me tea. We’re either too busy chasing the trivial or we just don’t care. One of my guides during the safari workshop said to me: “Westerners all have watches, but we Africans have time”. It’s true. For people who believe time is money, we sure spend it in some strange ways and on things that will not last. There’s a pace in Kenya that I love, that I’m already beginning to miss, knowing I’m back to schedules and itineraries so soon.

Anyways, lots to do. I’ll be a little more present on the blog and on Twitter now, but it won’t be until I pack up the house (Feb 26), hit the road (Feb 28), meet my next book deadline (March 01) and settle into a routine on the road with Jessie that I really post again with regularity. I am more excited about this coming trip than I’ve been about anything in a while and I hope you’ll follow along. I’ll announce my first stop soon and hope it’ll work out for us to connect someplace like Seattle. But don’t mark it on the calendar just yet. When I left Vancouver, Jessie was still in the garage awating a new transmission, and while I hope this is the last of the big issues, I’m not holding my breath, so neither should you. 🙂