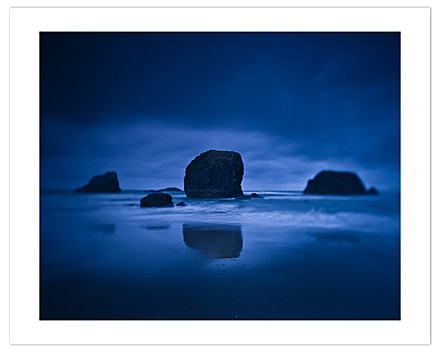 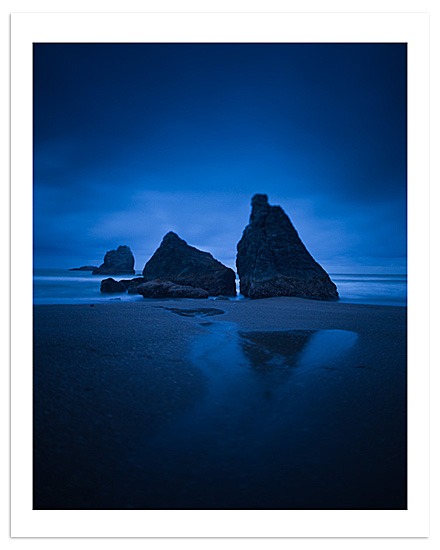 Safe and sound in a cheap-ass $60 motel in Lake Tahoe and about to hit the hay. Today was a long drive and a little frustrating. Seems we got skunked a couple times, not the least of which was a decision to leave the coast, head inland and shoot at Lassen Volcanic National Park which was, as it turns out, very closed. So we drove and drove and had a fantastic time but that was it, just driving. Lots of it. 12 hours, I think. Tomorrow we’ll head back to the coast and wind up in San Francisco. In the meantime, a quick glimpse of two of my favourites from Bandon Beach, OR. I know they’re small. Sorry. Bigger versions will appear in other media – books, etc, in the future. These exposures were between 6 and 20 seconds, f/3.5-ish, with a Nikon 24/3.5 tilt/shift lens on a big Gitzo tripod and Singh Ray 3-stop ND and ND grads.

Really hoping to do a tweet-up in San Francisco, watch the blog for details, but if it’s really quickly thrown-together it’ll be announced on Twitter instead. Follow me @PixelatedImage so you don’t miss a thing.