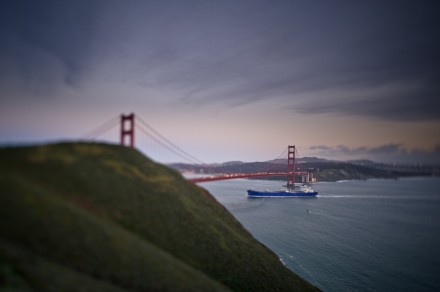 Sitting in the home of a friend in Los Altos, CA this afternoon after a marathon session of “find the $100 part.” Jessie’s been running great but her temperature gauge has been pinned on red since I started this adventure – not usually a good thing. Concurrently my second battery, which was rigged to charge laptops and batteries and iPads, etc, died. So the electricians fixed the battery/electrical issues yesterday after a maddening drive into Hayward via Oakland via My GPS is a Moron, and while they were doing that they noticed an issue with my fan which is why the temp gauge has been spiked. Anyways, blah blah blah. Took phone calls all over the country and across Canada, a bunch of emails and Tweets, and thanks to a couple savvy Twitterers, I found a guy who pointed me to another guy who told me to call a third guy and all three guys know each other (and belong to the same Land Rover cult as I now apparently do) and between us we found the part in New Orleans and it’s en route and should be ready to go when I am back from Chicago this Monday. All part of the adventure!

I’m in Peoria this weekend teaching, then a couple days camping with a friend down the coast. Corwin comes on the 23rd and it’s road trip time again; we head south to Death Valley and then east. Here’s a shot of Jessie bringing down the property values at the Mark Hopkins Intercontinental in SF. Excited about being back on the road and shooting. It’s been a few days and I’m eager to get back to it! 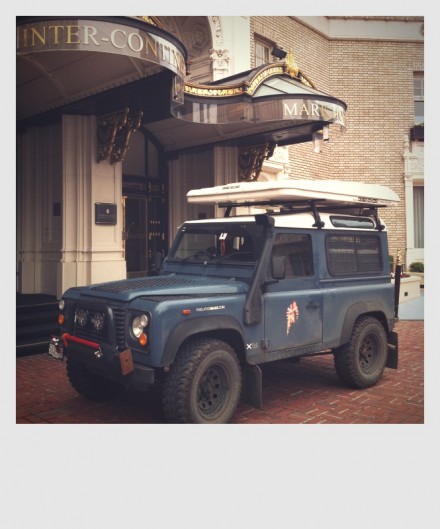