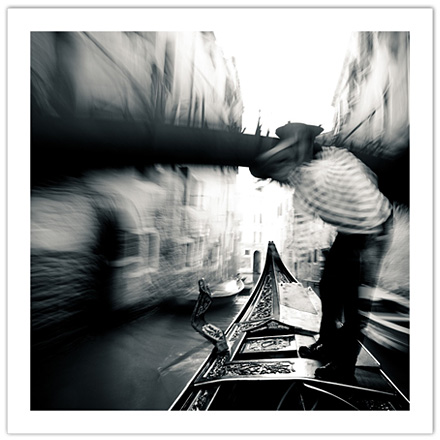 A week ago I left what might have been my shortest post ever: Originality is Overrated. It generated some good discussion, and from the comments it seemed to really resonate and get some thoughts going. My own thinking has been stirring too, but before I tell you where those thoughts have -for now – settled, I wanted some ghosts to have their say:

“Insist upon yourself. Be original.”
~ Ralph Waldo Emerson

“Originality is the art of concealing your sources”
~ Benjamin Franklin

“Originality exists in every individual because each of us differs from the others. We are all primary numbers divisible only by ourselves.”
~ Jean Guitton

“What moves those of genius, what inspires their work is not new ideas, but their obsession with the idea that what has already been said is still not enough.”
~ Eugene Delacroix

“It is better to fail in originality than to succeed in imitation.”
~ Herman Melville

“Millions of men have lived to fight, build palaces and boundaries, shape destinies and societies; but the compelling force of all times has been the force of originality and creation profoundly affecting the roots of human spirit.”
~ Ansel Adams

“The merit of originality is not novelty; it is sincerity.”
~ Thomas Carlyle

“Utter originality is, of course, out of the question”
~ Ezra Pound

“Originality does not consist in saying what no one has ever said before, but in saying exactly what you think yourself.”
~ James Stephens

Not all of them appear to agree. But I think all of them are right in one sense or another.  There are three apparently different things being said by these voices. The first is that originality does exist, and is desireable. The second is that no true originality exists.  The third implies originality is in fact possible, but is not relative to what already exists, but to the artist himself. I think we’re using the same word to mean slightly different things.

So here’s where I’m at on the issue, without over-thinking it any further. And if it seems I’ve flip-flopped on the issue, I don’t think I have, just looking at it a little broader.

I think the search for originality burdens artists. Does it exist? I think so. But I need to qualify that, and that’s hard to do without being prescriptive. But in general I think that making the pursuit of originality our primary pursuit as creative people, results in work that is different, but not necessarily honest. And for many it is crippling, because imitation and influence are among the first steps to learning our craft. Originality is not the greatest good.

I believe in originality in this sense:

Sense A. Creativity is about combining existing elements into new combinations and there are nearly infinity possibilities out there. Yes, all art is derivative, but that doesn’t mean borrowing influence & inspiration, from, say, Monet, Leonard Cohen, and a turnip, can’t result in something new. Something that is, in a real sense, original (even though we’ve not defined the word.)

Sense B. While the basic truth of being human is that we share profound commonalities, we are all different. That makes us, as creators, unique, with the possibility of creating unique work. Being true to that uniqueness and creating work that is honest and imaginative, opens us to the possibility of originality.

My friend Anita, a woman with an artists heart and inquisitive mind, used a great word recently in a discussion about this. The word was possibility, and that’s why I’m using it so much here. We’re trying, in debates about originality to pin things down without defining our terms, all the while avoiding the possibility that originality and uniqueness exist. She said, “I think it should be less about defining originality or debating its existence, and more about being open to possibility, creativity, imagination.”

And that’s where I end up in my thinking as well. Do I believe in the possibility of originality? For me that still depends on how we’re using the word, but yes. I like to believe in infinite possibility. It allows room for my imagination. It implies creative freedom is possible. But it’s still a by-product of a search for something else and not the goal itself. Our creative minds and hearts will flourish more, and create with greater faithfulness to who we are, if we stop making originality the goal and allow ourselves to be overtaken by the pursuit of  honest expression, play, and imagination. Be yourself. Do the work. The rest will follow.

We all do things for different reasons. For me the goal is to create, express, and communicate, my reactions to this life and this world, in a way that is faithful to who I am. Whether it is ever seen as original doesn’t matter. I’d rather it be faithful. I like how C.S. Lewis expressed it:

“Even in literature and art, no man who bothers about originality will ever be original: whereas if you simply try to tell the truth (without caring twopence how often it has been told before) you will, nine times out of ten, become original without ever having noticed it.”
– C. S. Lewis