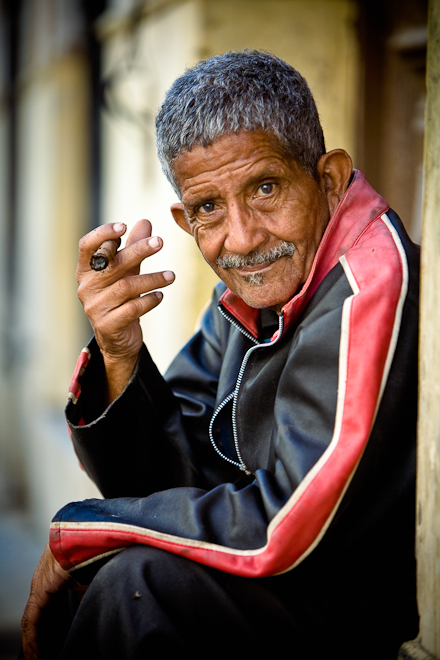 I got some questions after we released the latest eBook, Forget Mugshots, 10 Steps to Better Portraits, that I thought I’d answer here. Some of this stuff was answered in Within The Frame, The Journey of Photographic Vision, but I don’t expect everyone to have read that, so here’s some additional ideas that have come up. Matt Brandon and I talk about some of them, and others, on the next Craft & Vision podcast, so if you’re a subscriber, that’ll be up in the coming weeks.

How do you overcome the fear?

Honestly, I’m not sure I ever do. I still struggle with this. But I love people and I love the exchanges with people I’ve never met, in languages I don’t speak. I think we don’t so much fear saying hello or talking to people when we ask to make a photograph, we fear being told “No.” So if you can hold that a little more loosely, even make the photograph secondary to the simple act of meeting people and encountering something “other” in a stranger, then it makes it a little easier. But pragmatically, the best approach for me has been to take a deep breath and walk up to the person before I second-guess myself and turn and walk away. It’s not unlike what I used to do when I went on stage; I’d put on my character, smile big, and walk on pretending I wasn’t scared. And it worked. Now of course, this all relates to photographing strangers. If you’re scared of approaching people you know, then you either need to work it out and work through the fear, or perhaps admit that people photography isn’t for you.

Do you pay your subjects?

This is a tough one. I’m not a photojournalist. But I also know that my approach to the people I work with is going to change or reinforce the way these people will interact with other photographers. Pay one person, the argument goes, and you ruin it for others. Agreed. That’s true. But sometimes these arguments come off sounding so miserly. I think, first of all, if you have some kind of relationship and it’s not a run-and-gun kind of approach you’re using, then you get asked far, far less. Hell, stick a camera in my face without introducing yourself or talking to me, and see if I don’t ask for a couple bucks. I also think there are other ways to create an exchange, without giving money. You give time, attention, a print – either right there and then with something like the Polaroid Pogo or by mailing prints back to them. You can buy something from their stall or shop. You can buy two cups of tea and share it, or offer a cigarette (I don’t, but if you smoke…). What I’m getting at is that relationships dictate the possibilities for exchange. Be open to them. Does money ever enter the equation? Sure. Sometimes I’ve been with a subject long enough that compensation for time spent is reasonable and generous. Sometimes they have a need and I make it clear that I am grateful for their gift of time spent with me and would like to reciprocate with a gift of my own, making it clear that it’s a gift, not a payment per se. Sometimes they get it, sometimes not. There are no rules, but if you’re giving cash because it makes it easier and is a substitute for the harder act of spending time and muddling through language, then take the higher path, put the cash away, man-up and spend some time.

What about model releases?

I’ll be brief. A. Model releases are about USE, not about whether you can or can’t make the photograph in the first place. If all you want to do is make portraits, then go for it. B For everything else, because this is about USE, ask the people who will be using the images. Ask the client or stock agency (the answer will be YES!), or publisher. For grey areas, speak to a lawyer, because this is a legal matter. But if what you want to do is make photographs, and a model release isn’t needed or desired, then make your art and don’t let the issue trouble you. By far the vast majority of my people photography is done without a release.

I thought you’d never ask. I want to reinforce the idea I’ve mentioned before: patience and curiosity are some of the most undervalued photographic skills, especially when you are working with people. Ask questions, spend some time, don’t be in such a hurry to pick up the camera. I know people want me to give them a magic formula, but there aren’t any. Use any lens you want, pick an aperture you like, use flash or don’t; what matter is how you connect with the subject.Be nice, kind, respectful, and the majority of people will respond in kind, and that will show in the photographs. After that a photograph is a photograph – pay attention to light and moments and the geometry of the frame (composition). But start with your people skills. Then pick up the camera.

Got any other questions, leave them in the comments and I’ll do what I can to discuss them.