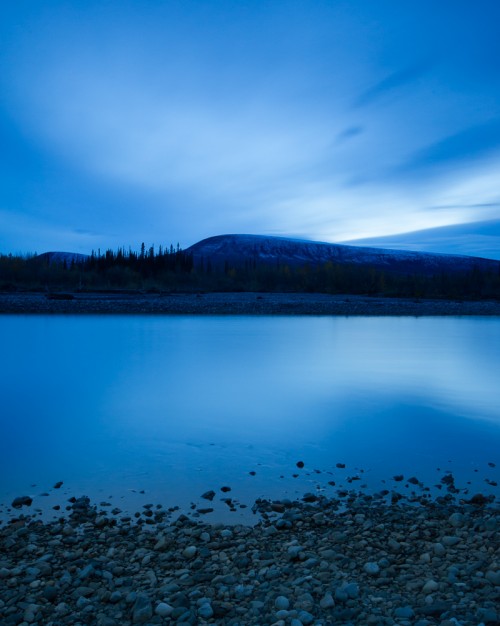 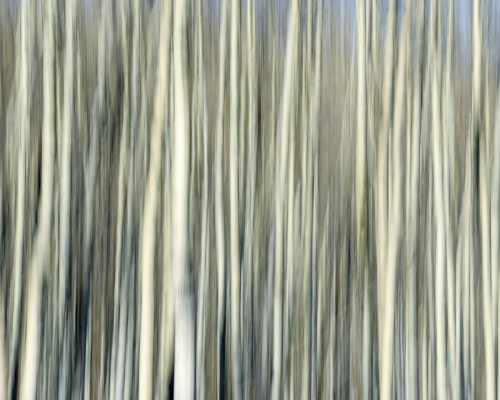 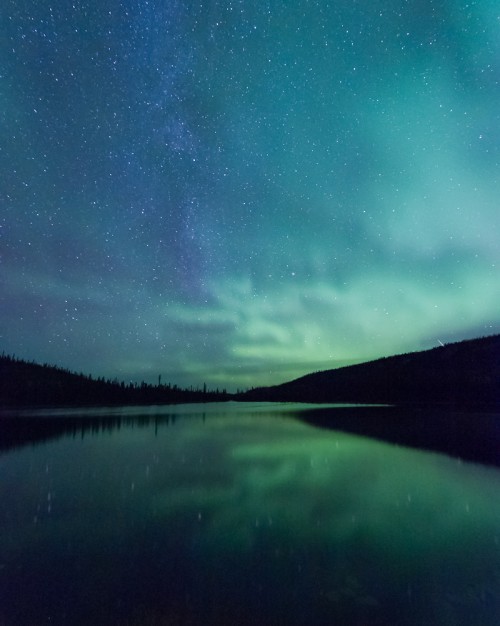 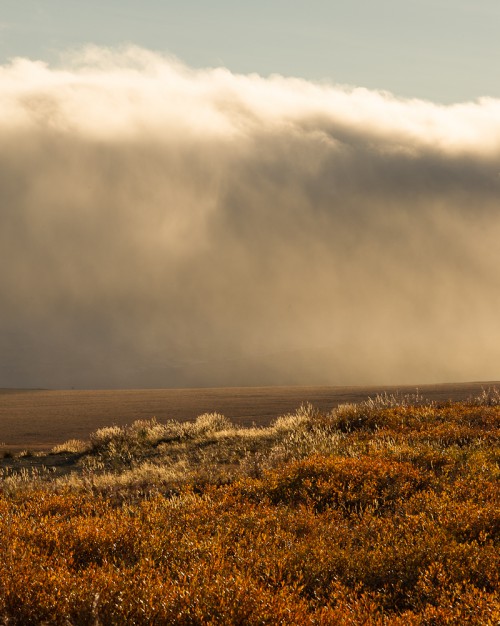 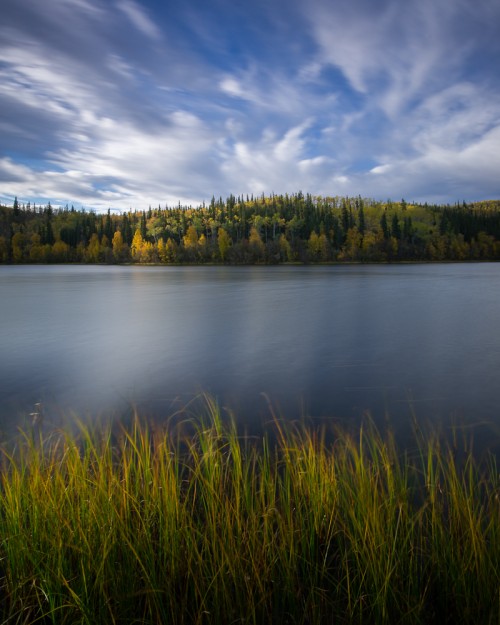 Last month I took an 8,000Km trip (plus a 15-hour ferry up B.C.’s incredible Inside Passage) up to Inuvik (68°21′42″N 133°43′50″W), past the arctic circle. It was an amazing journey in a country that I’ve called home and yet spent so little time exploring because I’ve always been photographing something much further away. But this fall it was the Canadian north, and, as I so easily do, I fell in love with this country all over again. I’m not sure what accounts for my love of vast, empty places, but I’m beginning to think it’s the way the beauty fills in those empty spaces, gives me nothing but light and lines to work with. Or it’s the serenity and the way these places seem to bring me back to center, and re-calibrate my heart and my imagination.

I wish it were the case, given how serene and beautiful these places are, that my muse were more easily wrestled to the ground, but it’s not so. I still struggled against my own expectation, still had to wade through the muck in order to really experience and see the place. Still had to quiet the voices in my head before I could become receptive. And I still had to shoot a lot of frames to get past the obvious and find something different. But to be doing that while so often gasping at the light or the beauty around each corner, made that process so much less difficult than it has been at times. As with every trip I give myself some homework, and this time it was playing with and discovering the possibilities within, the Lee Big Stopper, a 10-stop Neutral Density filter that allows the shutter to stay open much longer, blending time, and creating lines and colours that just wouldn’t be there in a much shorter exposure. That play and experimentation took me to some fun places, taught me some new lessons, gave me a few more tools, and helped me jump some of the ruts I tend to find myself in.

In late August the colours in the North begin turning, much earlier here than further south. While I missed the best of those colours, what I got was the first snow and the contrasts created with white on reds, oranges, and browns. The aspens and birches were turning too, and if the journey had a colour it would be the gold of the aspens, reminding me so much of Ladakh in the Indian Himalaya at this time of year. To be out in this wilderness, most of the time camping on rock beaches well up a river or creek, and so far from the light pollution and noise of populated areas, for so long at once, was glorious. Next year I’m returning to do a similar trip, leaving a week earlier and, I hope, staying a week longer.

While the trip had a lot of highlights, by far the most magical were the nights, two of them, when the aurora came out. Learning to shoot the night sky was a tough learning curve. I learned, a little too late, to set my tripod up before bed, focus the lens manually and tape down the focus, because it’s impossible in the 2am darkness to do it. I learned that 30 seconds is about as long as I can expose for without the stars moving from pin-points into streaks, and that my D3s and Adobe Lightroom together make ISO 4000 pretty useable. And I learned these lessons all just in time to come home, so next year I’ll return with lessons learned and some new ideas.

Find the GPS track of my journey HERE on my SPOT Adventure page. If you’re interested in Jeep geekery, you can read up on Emily, my travel companion, partner in crime, and 2011 Jeep Wrangler, HERE.

Now home, it’s time to keyword and sort images, begin printing them and selecting some for the next book. Speaking of the next book, I head into the printer’s next week to give them a big cheque and begin the process of creating my first real art book. I’ll tell you more when I can, and take you along for the ride on its creation, too. Tomorrow I’m on an early ferry to Vancouver Island to photograph the Orca, or Killer Whales, for the weekend. See you next week. 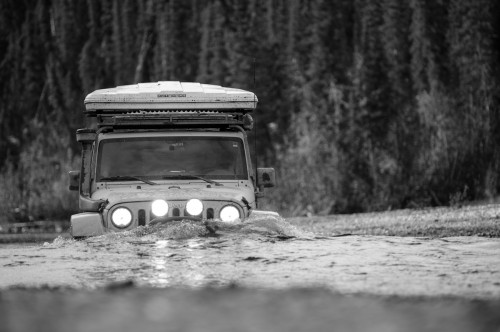 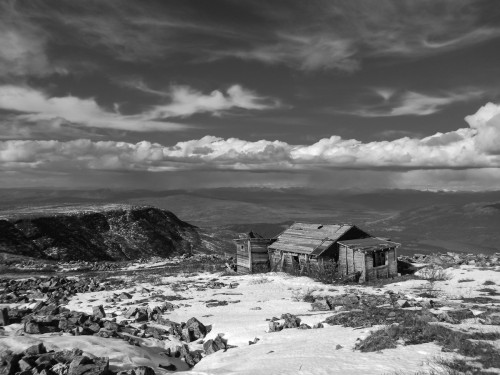 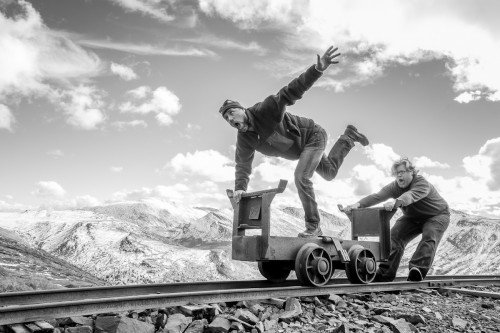 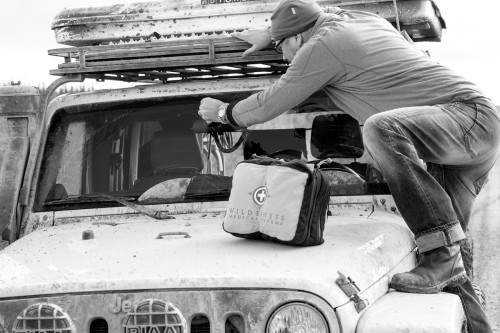 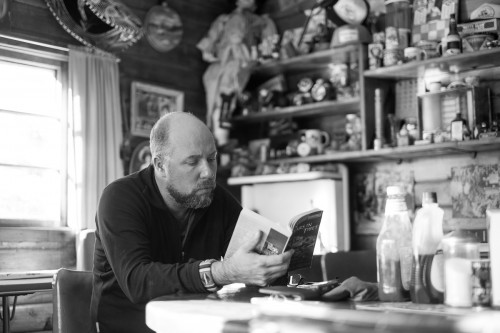 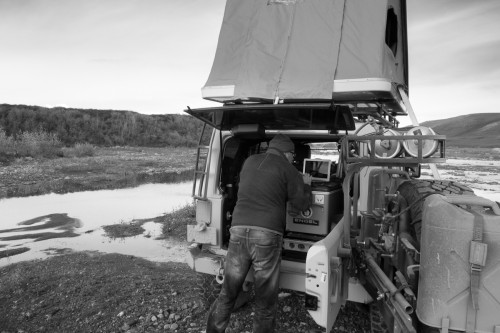 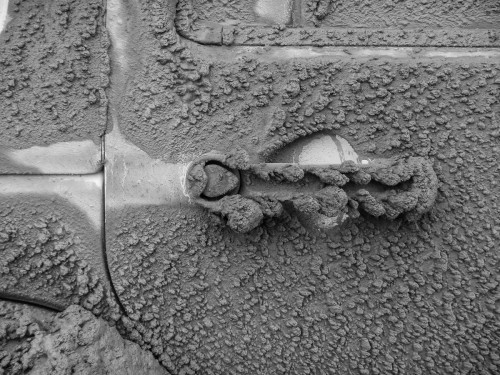