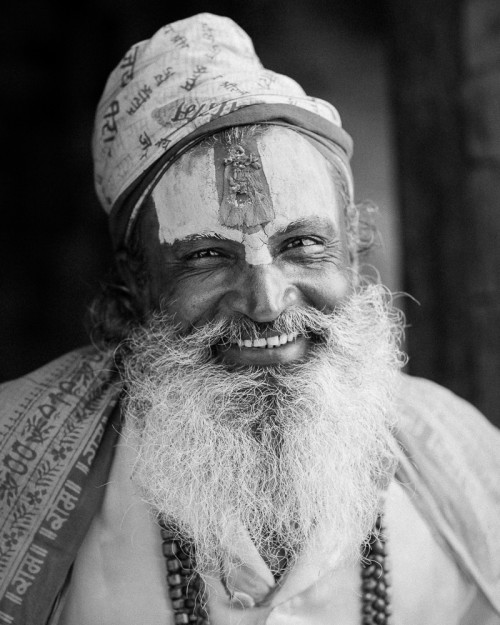 Last week I wrote about the crippling power of fear in the life and process of the artist. I think there are some fears that are universally felt among artists of every discipline, others unique to us as photographers. Chief among those fears, it seems, is the fear that we’ll “miss the shot.” And so we amass every piece of gear we feel gives us that edge. Longer lenses, stronger strobes, cameras with ISO ratings that would astonish us 5 years ago. We are pulled to this stuff like the moon pulls at the tides. So when I posted the gear I’m taking to Nepal it’s not surprising that so many people reacted with something like shock, shaking their heads and saying, “I could never go that light.”

Nonsense. Of course you could. Art is made within constraints. It always has been. If you’ve been hired to shoot an assignment you might choose to change those constraints, stacking the deck in your favour with the professional understanding that your clients pay you to shoot a specific brief, and you’d be an idiot to show up unprepared. That’s not what I’m talking about. I’m talking about that thing in my brain that screams and throws a tantrum each time I set a long lens aside in favour of travelling lighter. It yells profane things at me, reminds me the best shot of my life is out there and I’ll miss it without that lens. It guilts me, shames me, then sends me – in one last panicked ploy – to the B&H website to see if there’s a similar lens but lighter. You need it! After 10 minutes of this, never mind the days it takes me to finally zip my bag and head out the door, I’m convinced Peter Jackson modeled his Gollum after something dark inside me, as I mentally stroke my 300/2.8 and mutter, “my precious…” into the darkness. You need it!

Bullsh*t. Of course I’ll miss some shots. I’ll miss them without my 70-200 as well as without my 300/2.8. Or my Elinchrom Quadra and softbox. Or my tilt-shift lens. But I’ll miss more shots – many more – when I’m held back by the mentality that focuses not on what is there to be seen and photographed with the gear I have, whatever it is, but on the gear I do not. I will miss more shots by staying in bed, by refusing to follow my curiosity around that one more corner, or not slinging my camera over my shoulder when I walk to dinner, than I will by leaving the long heavy lens at home. I’ll miss more shots by chimping when the moment I was trying to photograph is busy unfolding itself before my distracted eyes. I’ll miss more shots by looking so damn hard that I’m unable to actually perceive. I’ll miss more shots by not slowing down, being patient, and waiting for the moment to happen. I’ll miss those moments because I’m wrestling with lens changes or a heavy backpack or the paranoia that my expensive gear is going to get damaged or stolen. I’ll miss that shot as often because of that lens as I will without it. And even when I “get the shot,” it’s worth asking, would it have been better with a wider lens? Maybe yes, and maybe no. But I was so damn sure when I was packing…

We all have a piece of gear we lean on – for many, the longer lens presents an opportunity to avoid getting close to a subject and risking rejection when we ask if we can make their photograph. Our fear clutches to that lens like a life preserver and as long as it’s in the bag we’ll use it. Leave it at home and you have to decide what you fear more – approaching a stranger or going home without the photograph. I think it’s a sign of growth as artists when we begin to embrace, even create constraints, instead of trying so hard to avoid them. It’s easy to blame a lack of gear on not “getting the shot,” and in some cases it’s true. But no one sees the photographs you missed. Only the ones you create. You can’t make them all. Neither can I. We’ll make better photographs, right here and now in this moment,  when we’re not mourning the loss, or potential loss, of others.

I head to Nepal on Saturday. On Thursday we announce the launch of PHOTOGRAPH, a new digital quarterly magazine for creative photographers. When I head to the airport to fly to Frankfurt, then Bahrain, then Kathmandu, I’ll be taking my GuraGear Bataflae 26L camera bag. I don’t know where reader Carlos Celis is off to, but we drew his name today and Gura Gear will be sending him a Bataflae 26L, in the colour of his choice. Congrats, Carlos.