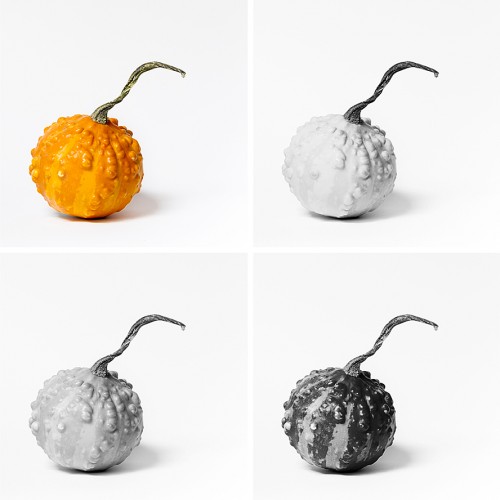 It seems like I get more and more people telling me they’re frustrated with their black & white conversions. It’s a topic all it’s own and this short post won’t do it justice, but the most important aspect of a black and white image is the control over tonal contrasts. You can do this in a number of ways, but – assuming you’re using Lightroom – if you’re just cranking down the Vibrance or Saturation on your images as a first step, you’re robbing yourself of the controls in the HSL/Color/B&W panel in the Develop Module. The principle is the same in Photoshop, ACR, and probably Aperture too. Using the B&W mix allows you to assign different tonal values to the colours in the image, and therefore control them. 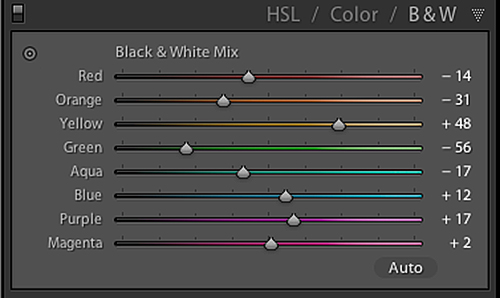 See the shot at the top of the post? Same ugly little gourd, 3 different mixes, primarily in the orange and yellow channels. I used no other tools here. If you love black and white photographs but don’t feel you have the control you want, the best thing you can do is go play with the B&W channel mixer.  The B&W mix you see in the screen shot (above) is from the last version of the gourd, the oranges pulled quite dark, the yellows pulled quite light. I’d give you settings for the others, but I don’t think they’ll be as helpful to you as simply grasping the idea yourself by spending 20 minutes in Lightroom with a couple images. 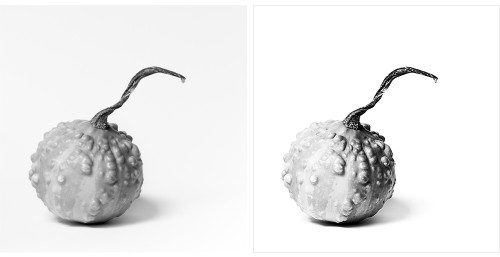 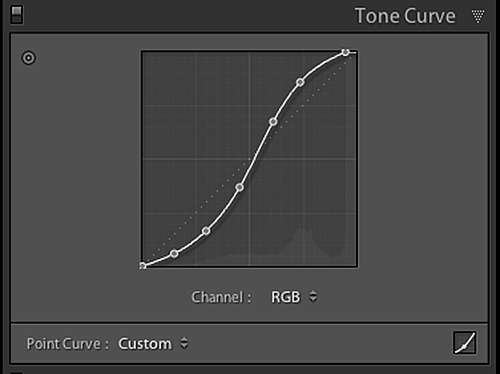 Once you’ve got a feel for that, the Tone Curve is next. The images above are the same photograph, one without Tone Curve tweaks, and the other with a strong S-curve (pull down the shadows and blacks, pull up the highlights and whites.) Tone Curve allows you to more carefully establish the relationships between tones than a simple tweak to the Contrast slider, which is a bit of a blunt instrument. Again, my intent’s not to teach you the ins and outs but to encourage you to go play with this tool. Don’t push too far, and keep an eye on the histogram, but between Tone Curve and the B&W Mixer, you’ll have the tools to begin honing your black & whites.