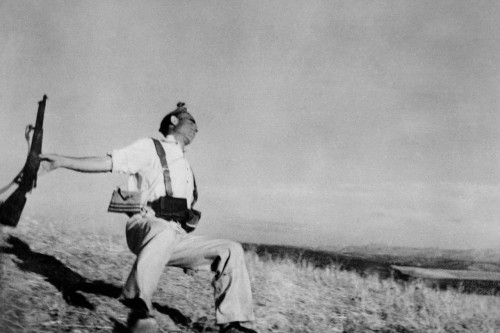 There’s a terrific recording of an excerpt from an interview with photographer Robert Capa (1913-1954) making the rounds right now. In it he describes the making of one of his most iconic photographs (above) and the role of luck in its creation. Capa says he raised the camera as the soldiers were climbing out of the trench to storm the enemy machine guns, and he made this one photograph without even looking in the viewfinder. He sent his films off to be developed and when he left the war, 3 months later, he found he’d become a famous photographer. In the end his interviewer says “there’s one condition you’ve got to create yourself, Bob, in order to get a lucky picture like that: you’ve got to spend a lot of time in trenches.”

There’s so much that lies outside our control – the light, the moment, the circumstances – and anyone that’s been doing this for long will tell you that at least once they’ve shown work to someone whose best comment was, “lucky shot.” It’s true. Luck. Good fortune. Some of our best work is done in collaboration with serendipity. Thank the gods for those times when the stars aligned. But a photograph made because the luck kicked in, is not the same as a photograph made only because of luck. I have yet to see one of those.

Some of the most compelling photographs were “lucky shots” that would never have been made without a photographer who put in his time in the trenches. Luck may be the context for a great photograph, but it’s rarely, if ever, made by a photographer who hasn’t put in the time, learned her craft, or made thousands of less-than-lucky shots in order to pave the way for the one. God help the photographer who relies on luck without honing the skill – and time – required to seize the moment when she shows up. 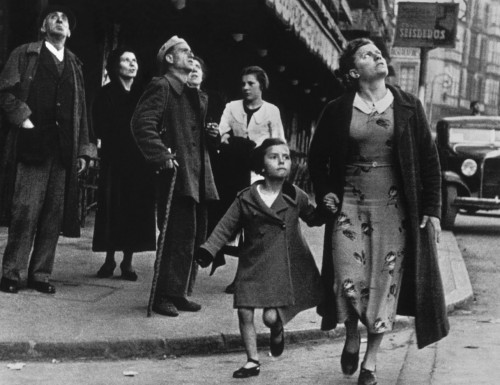 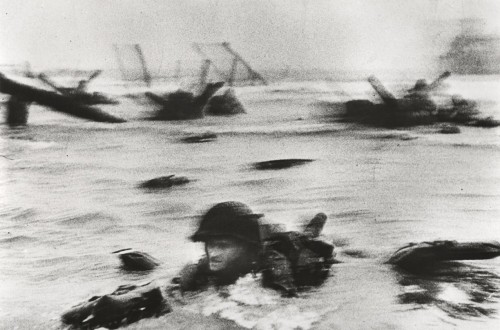 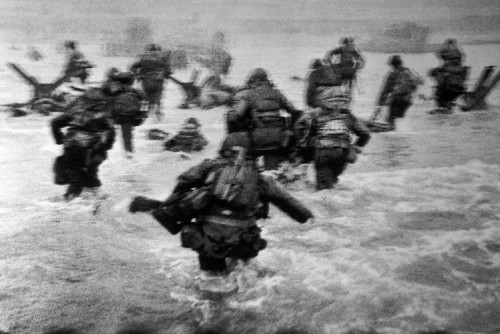 There’s been controversy over the first image, and Capa’s name can’t come up without someone charging the image of the Spanish soldier was set-up. Nothing I can say will add to that conversation, which in the light of Capa’s body of work, seems mostly irrelevant. You want to be lucky? You’ve got to show up, over and over again. If you’re not familiar with Capa’s life and work, he’s a fascinating man – look him up.