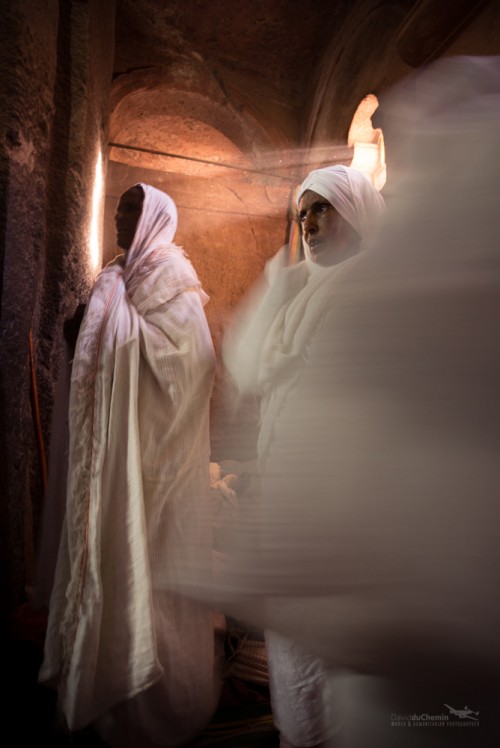 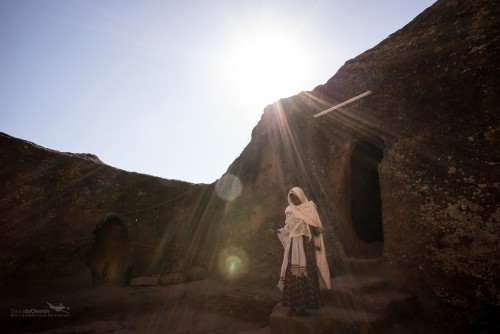 A week ago a group of us landed in Lalibela, Ethiopia about the same time as thousands of orthodox pilgrims were arriving from all over the country. We spent the last week in this high dusty town, walking among the centuries-old churches, all carved from the red rock on which this town sits, and waiting for orthodox Christmas.

Unique in ways I’ve not encountered anywhere else in Africa, Ethiopia is hard to describe to those who haven’t been, and Lalibela is even more so. After being exiled to Jerusalem by his brother the king, Prince Lalibela eventually returned to his home with the intention of building an African Jerusalem, and this town – some 2600 meters in the mountainous north of Ethiopia – was where he built it.  Churches here, all intricately carved from the rock, and joined by tunnels and bridges, are alive; they throng with life, the priests and pilgrims moving to the rhythms of a faith practiced here for many centuries. The walls are hung with tapestries, the floors covered in carpets, all of it lit from high carved windows and the odd bare bulb, placed wherever the rock allows. It’s crowded and dusty and full of mystery and humanity.

No surprise then, that I love it here. On Christmas morning we woke early to welcome the sun with the thousands of pilgrims, gathered around one of the larger churches, singing and hanging out in growing blue of dawn and the yellow of candlelight. I helped an elder pilgrim down a steep hill, only to get to the bottom and find it was he who was helping me and wanted payment for his services. From my perspective I paid an old man to let me help him down a hill. Merry Christmas. Then I sat with the masses to watch a preacher hurl his sermon into the crowd while the sun began its climb into the sky, and felt like I could have been sitting at the feet of John the Baptist, all wild-haired and full of fury. There’s nowhere in the world I’ve been that’s felt more like a journey back in time.

Coming out of one of the churches a man greets me with a smile and says something I don’t quite catch. We try a few more times and my ear keeps missing. One last try and I get: How do you like the churches? What do you feel?” Perhaps it’s just a quirk of using a language not completely his, but it catches me off guard. Not “what do you think?” but rather, “how do you feel?” I feel wonder, brother. I feel wonder. 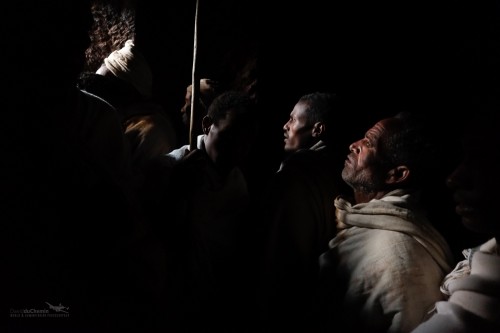 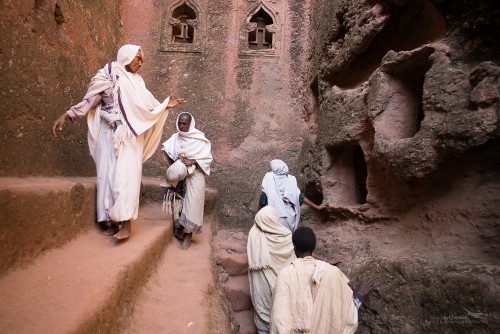 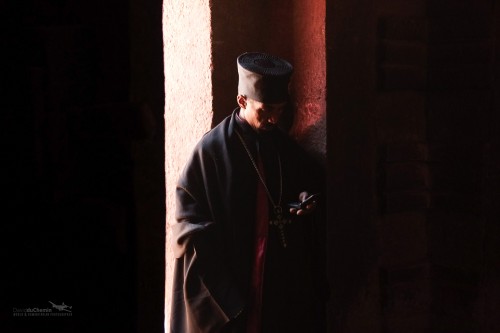 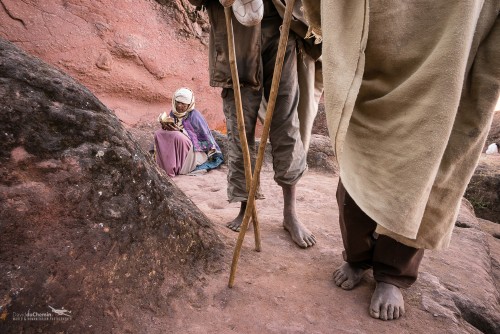 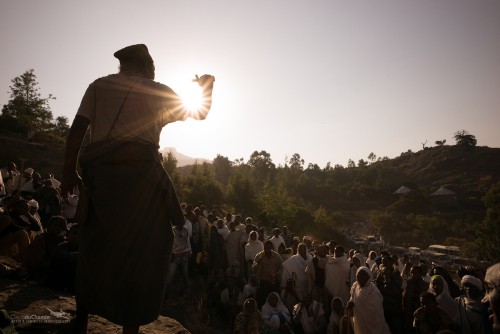 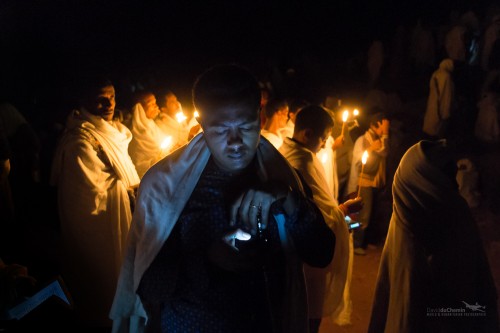