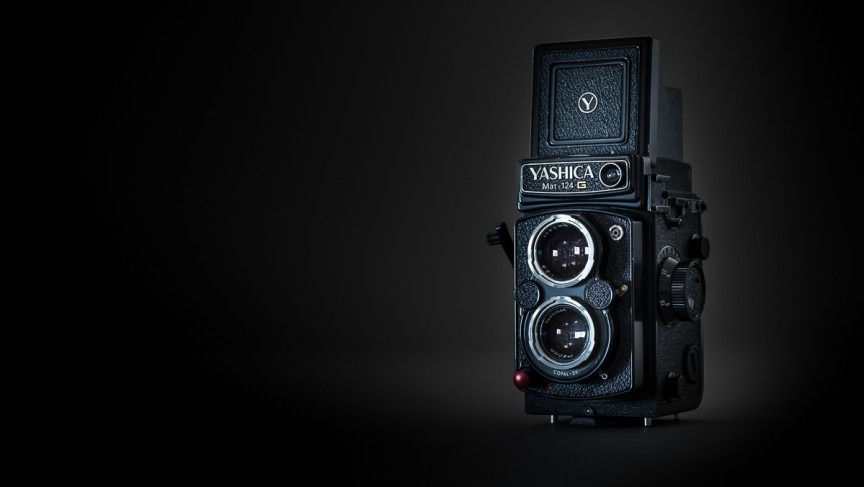 The recent outrage over Steve McCurry’s penchant for tweaking his photographs with Photoshop is just one in a long series of opportunities for photographers to get their panties in a twist over how photography should or should not be done. This morning, I’ve about as much desire to enter the fray as I have to pour this mug of coffee into my lap. But I think we can do better, so here goes.

Kids respond in all kinds of ways when they are told Santa isn’t real, and photography, as an art form, is in that awkward phase of growing up when suddenly we seem to be realizing what we should have known all along: Santa is just Dad in a bad costume. And this casts serious doubt on the integrity of the Tooth Fairy and Easter Bunny too.

Cameras don’t make photographs. They never did.  But we were told they did. Worse, we were told – or willingly bought into the idea that – the camera never lied. And now we are finally coming to accept that it’s not the job of the camera to tell the truth. It’s our job. And it’s been that way since the beginning.

We put on one lens instead of another to include one thing and exclude others. We choose one moment over another. We choose what we focus on, and what we blur. The ways in which we can tell a story are endless, and each time the camera does what we ask of it. There is no internal moral compass that forces anyone to shoot a story from both sides, to include all the context we’ll ever need to interpret the story. There is no filter in Photoshop that prevents us from adding what was not there or removing what we wish had been absent. It does our bidding.

It has always been the role of the photographer to tell the truth. Yes, the truth as we see it, because that’s the best view of the truth on offer as human beings. Humans aren’t capable of seeing completely objective truth, so I’m not sure why we expect the camera to do that for us.

There is no one thing called photography, no one overarching reason we all do this, and no single way in which we do it. Like writers, some are journalists, some academics, some poets, and some humourists. We would never dream to accuse writers of changing words around to better tell the story they want. It’s a given. We don’t trust their pens or their keyboards to tell us the truth as best they can. We either trust, or do not trust, them. Humans tell stories, true or otherwise. Cameras do not. So that’s one thought. We feel let down when we find someone “used Photoshop.”

There is no process so pure that we will ever be free from manipulation. We enjoyed the illusion for a while. But now it’s time to grow up.

We all make photographs for different reasons. Specialty fields like journalism and forensics aside, there are no rules. There is no governing body. You are free to use or not use any technique you like. But you are not free to dictate how I or anyone else does what they do. Opine all you like. You won’t like my multiple exposures and I won’t like your Orton effect. Fine. Make all the rules you want, and apply them to yourself with as much severity as you choose, but accord to others the freedom to choose differently. Art made in submission to the rules of others is not art. It’s bondage.

We do not resonate with art because it is obedient. We resonate with art because it rings true and honest. And like the writer, I think it’s possible, even necessary, to remove elements of a story in order to make it better. It’s possible to add elements, use more colourful words, move things around to make the plot twist less noticeable. If I read your story and it doesn’t ring true, I’ll go back to reading Harry Potter. No one gets angry with J.K.Rowling when they find out there is no actual Hogwarts. Unless, perhaps, they’re seven years old.

It’s time we grew up and stopped buying the myth of a medium and a process that have intrinsic integrity. They are fundamentally flawed and limited (wondrous and full of possibility, too) – they are only tools in the hands of storytellers and artists. Some of those storytellers will tell us those stories honestly and some will not. It’s time we  started  taking responsibility for the stories we tell, and the way we tell them. And its time we took responsibility for choosing the stories and the storytellers we listen to.

I’ve seen the changes McCurry made to his photographs. They don’t bother me. We’re all arguing so vigorously over small tweaks that don’t change the message of the story that we’re forgetting to have a discussion about the story itself.

Because it’s way easier to argue about how a story is told than it is to be the one telling the story or to have something meaningful to say about the actual message.

This is not an article about McCurry or journalism. Please don’t fill the comments with your thoughts on journalistic ethics.* This is not about that. It’s about the way we bicker and opine over small things while missing the larger picture. It’s about the way we prescribe how others should do their art or tell their stories. It’s about our fondness for saying what “real” photography is or is not. It’s starting to sound a lot like kids arguing about what colour red Santa’s suit should be, or what his reindeer are called.

Make your photographs any damn way you please. Shock us. Surprise us. Use film, or shoot digitally. Embrace or eschew Photoshop, or whatever creative opportunities or constraints  you wish to use in order to create your work.

You can clone things out and still create honest work in most contexts. And you can leave the clone tool alone and still tell vicious lies.

Photographs are made with various tools, but they are made by you and I. Whether they are honest or not is only secondary to a bigger question: are we?

Photography is, by it’s nature, a manipulation. It always has been. When we accept this we can move on to more interesting discussions and bigger stories; we can begin to think more critically about the stories we accept. When we stop asking “if it really looked like that” our craft will finally be able to move unhindered into art and we’ll be able to more freely perform our roles as artists and storytellers, constrained not by the rules and expectations of others but, for better or worse, by our humanity.

*Let me repeat again, because someone’s going to miss it: this is not about ethics in journalism. If (notice my choice of words here) Steve McCurry was bound to a set of ethics, and if he violated them, that is a different conversation. This is about accepting the fundamental nature of photography as a subjective medium, and about our opportunity to accept that subjectivity. If anything it is an argument to become more responsible with the stories we tell. But I believe that must include a discussion of the actual story, not just the way in which it is told.