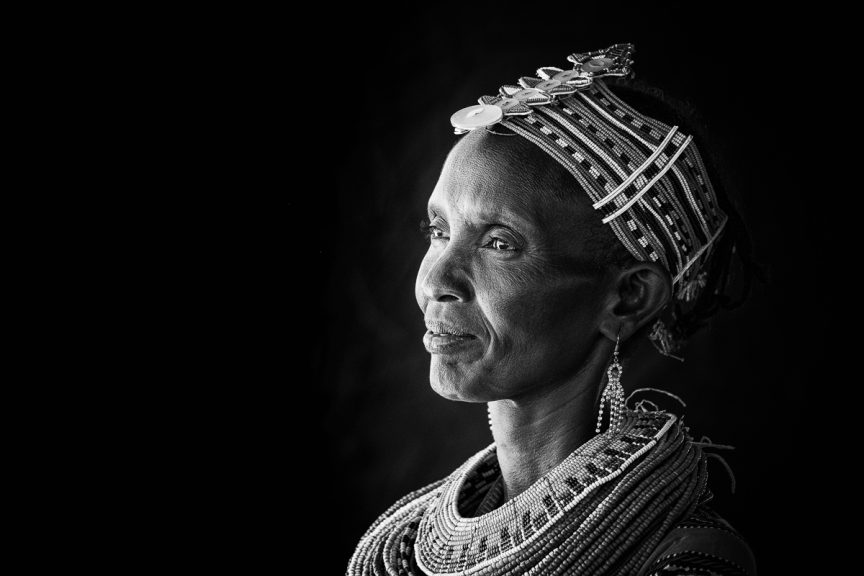 For years I chased smiles. I still do. I love a great laugh for the spark and openness it brings to a subject. But laughter and smiles, universal as they are, do not tell the whole story or express the full emotional gamut of the human race (riddling, perplexed, labrynthical soul, as John Donne so well expressed it.) I use laughter often to get to those other expressions of personality and soul. People come to the camera often quite nervous, unsure of what to do, and they hold back. They lock some key part of them behind a steely gaze or an awkward pose. We all do. Look at all those selfies out there – so many of them a pose, a mask. Pictures of ourselves, but not about ourselves. No revelation. No vulnerability. But there are many smiles. I wonder if there’s anything so good in the world as a smile to hide and conceal.

This is one of the reasons I’ve been working on my On White series the way I have over the last few years in Kenya. I often present a couple images of the same person side by side, one with genuine laughter and the other without, with some other expression – worry, concern, thoughtfulness, strength. To get this range of emotion is simple but not easy.

I’ve had a lot of people ask me how I do my portrait work in Kenya and it’s simple, if not easy. I use a couple collapsible white scrims, 5ft x 5ft, I think, with a diffusion panel on each. One for backdrop, the other to soften the light. And then I stand or sit with my subject, my translator close at my side and we just ask them to tell us their story. We ask about their kids, their lives, their challenges. Once in a while I ask them to stop what they’re saying and look at me. Sometimes I ask them to smile. Sometimes we ask them to laugh, which of course is an absurd request. You get forced smiles and insincere laughter. But you know what happens then? They see the ruse for what it is. They see how silly it is. And they smile. They laugh. Something genuine comes to the surface. That’s all I’m after. I know they’ll go home talking about this lunatic mzungu (swahili for stranger, white man) and how he’s obviously not a very good photographer because he took a hundred photographs and 10 minutes of their time. It’s a win/win.

What I’m really after is to show the humanity behind the stereotype. These women, and I occasionally photograph the men too, mostly the elders, are traditional nomads. Many of them are dressed heavily in beads and have large expanded earlobes from a lifetime of heavy piercings. They lead a hard life in a hard place. But what makes them human is the same as what makes us human, and any way that I can move people to empathy and compassion is better than moving them to pity, because it would be very easy to show these people, the poorest of the poor, many of them, with dirt and flies and all the various stereotypes that we bring to our notions of poverty. This isn’t about that. It’s about who they are, not merely the context in which they live, which is why I do what I can to show them without that context on front of the white. I want my photographs to be about them, not merely of them. And that requires more than the easy visual cues about poverty. But I also want not to romanticize the poverty, and that requires more than just smiles. 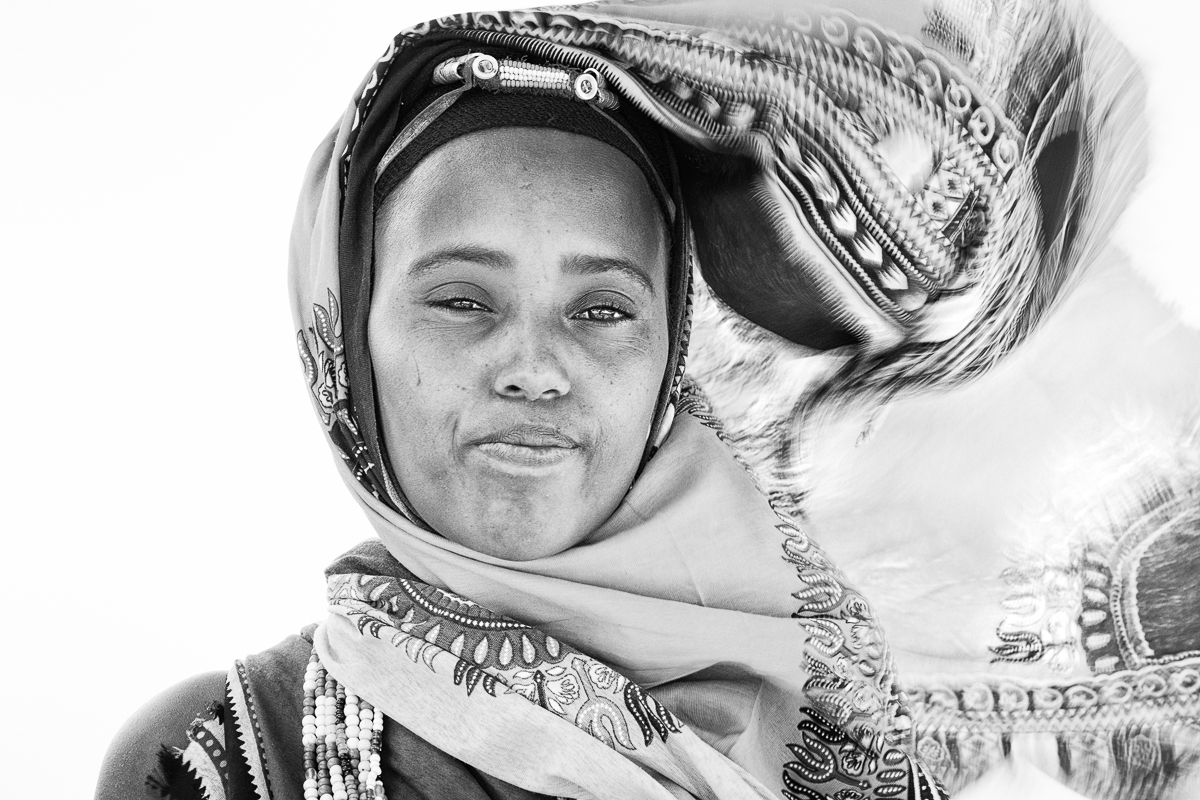 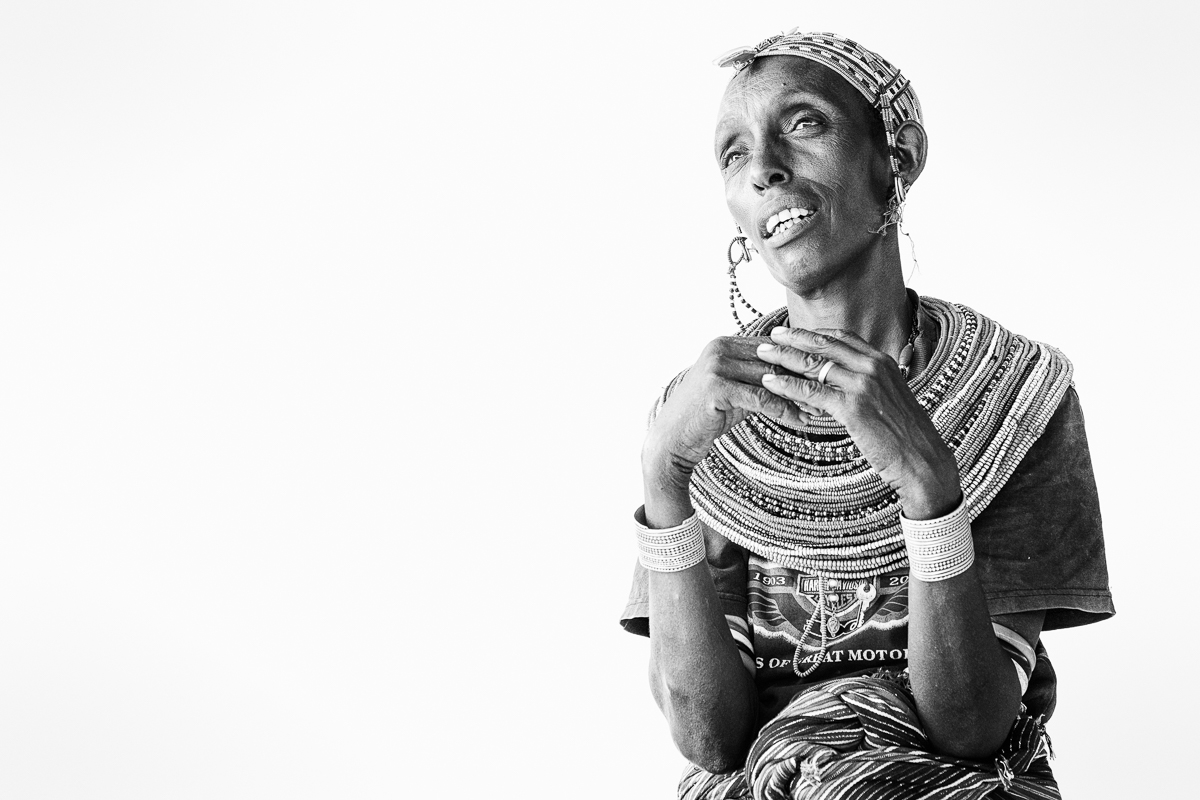 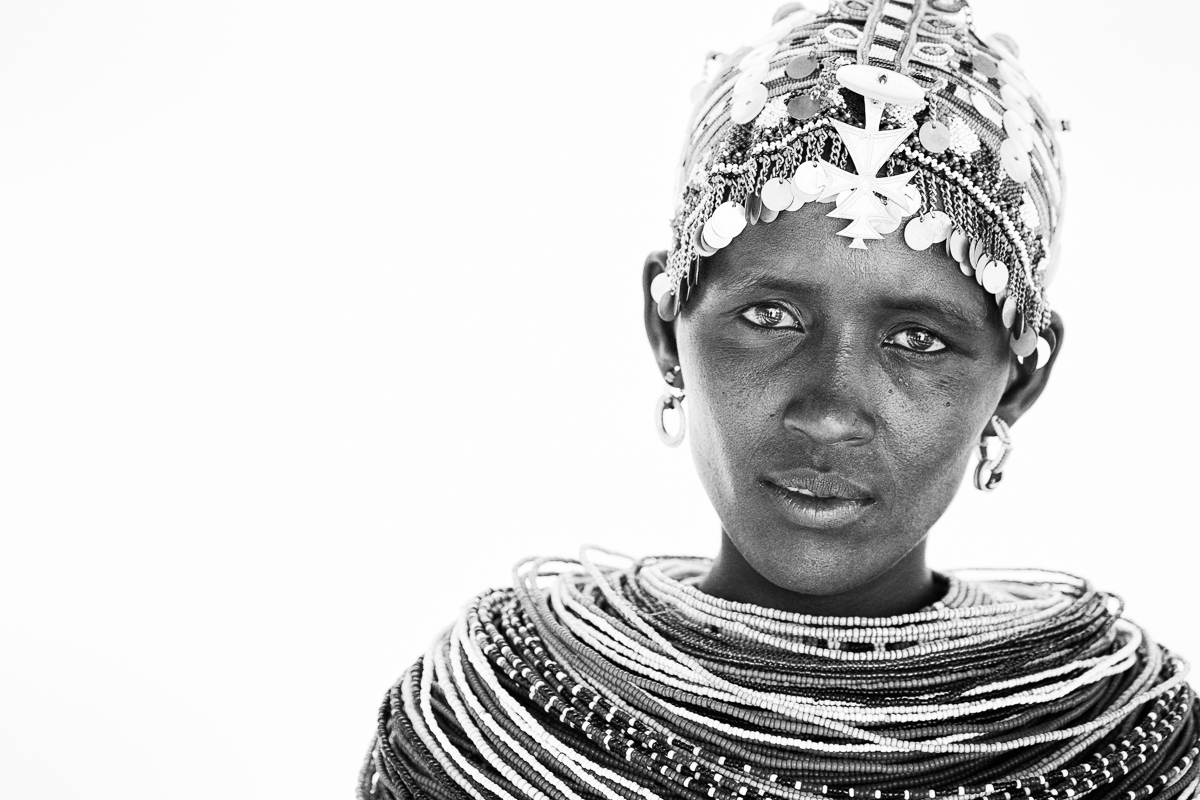 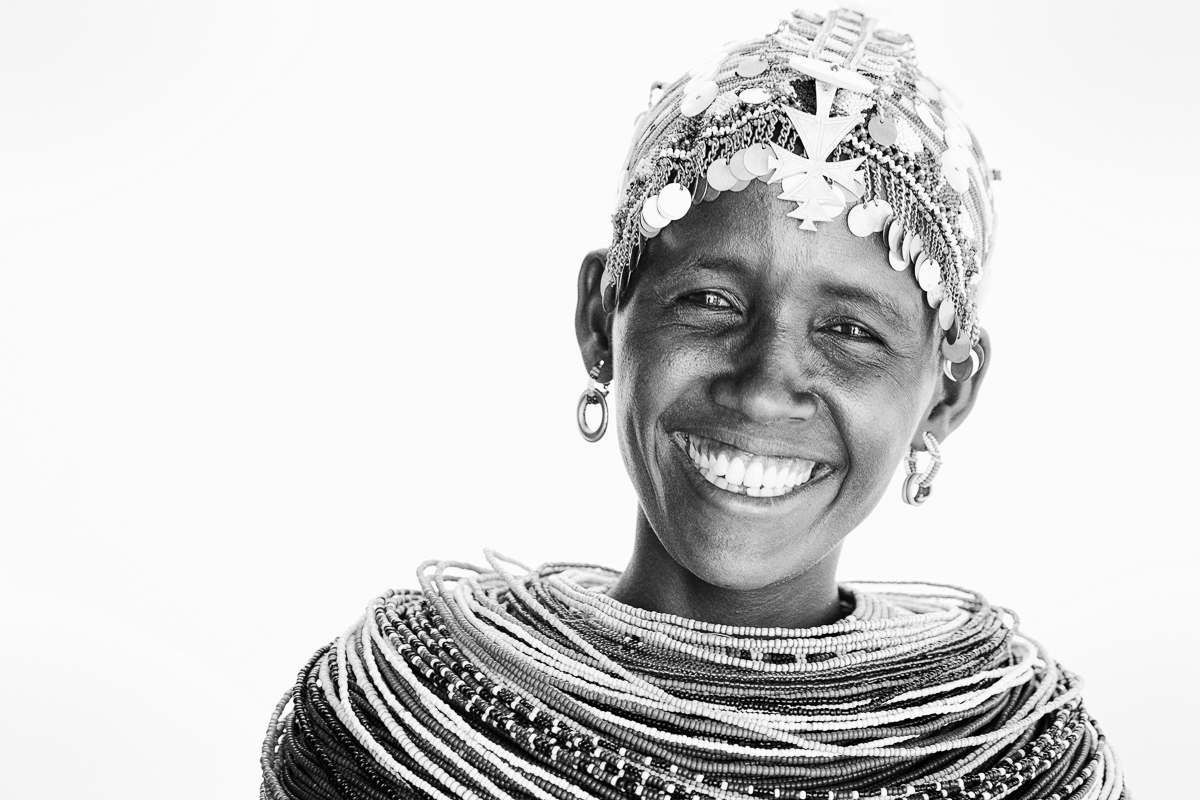 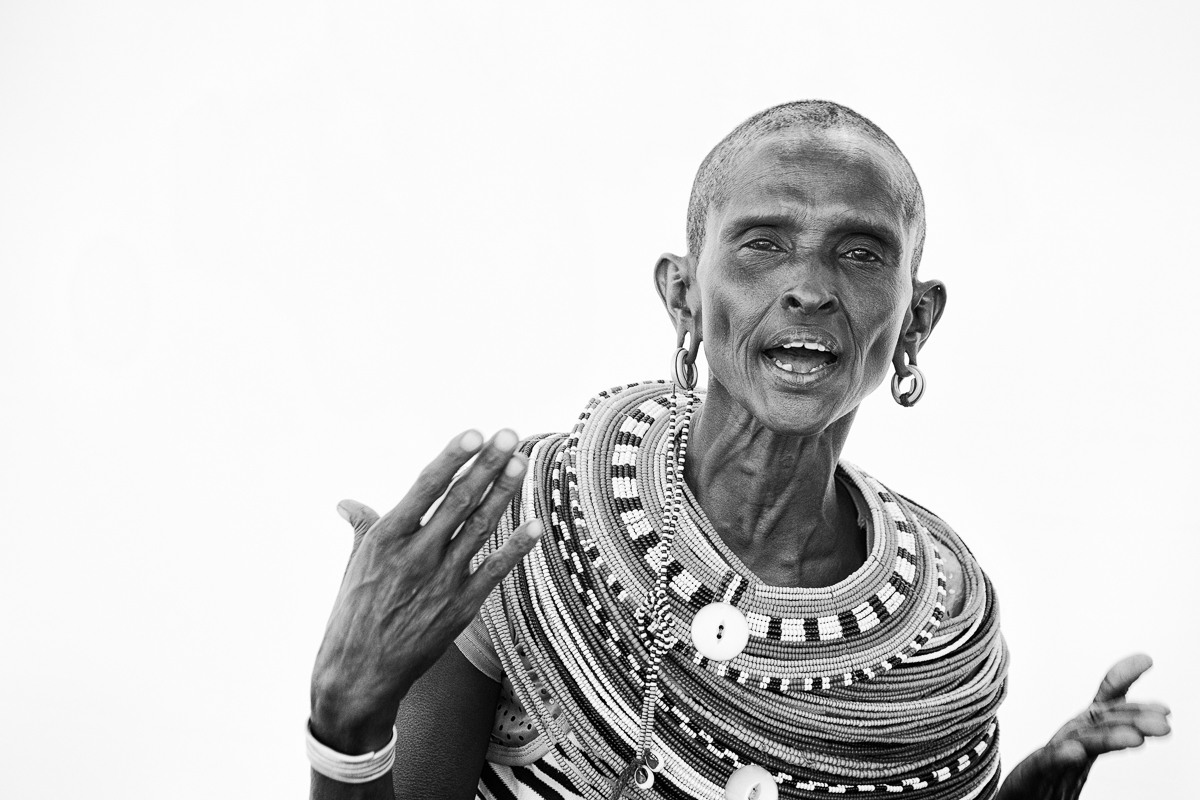 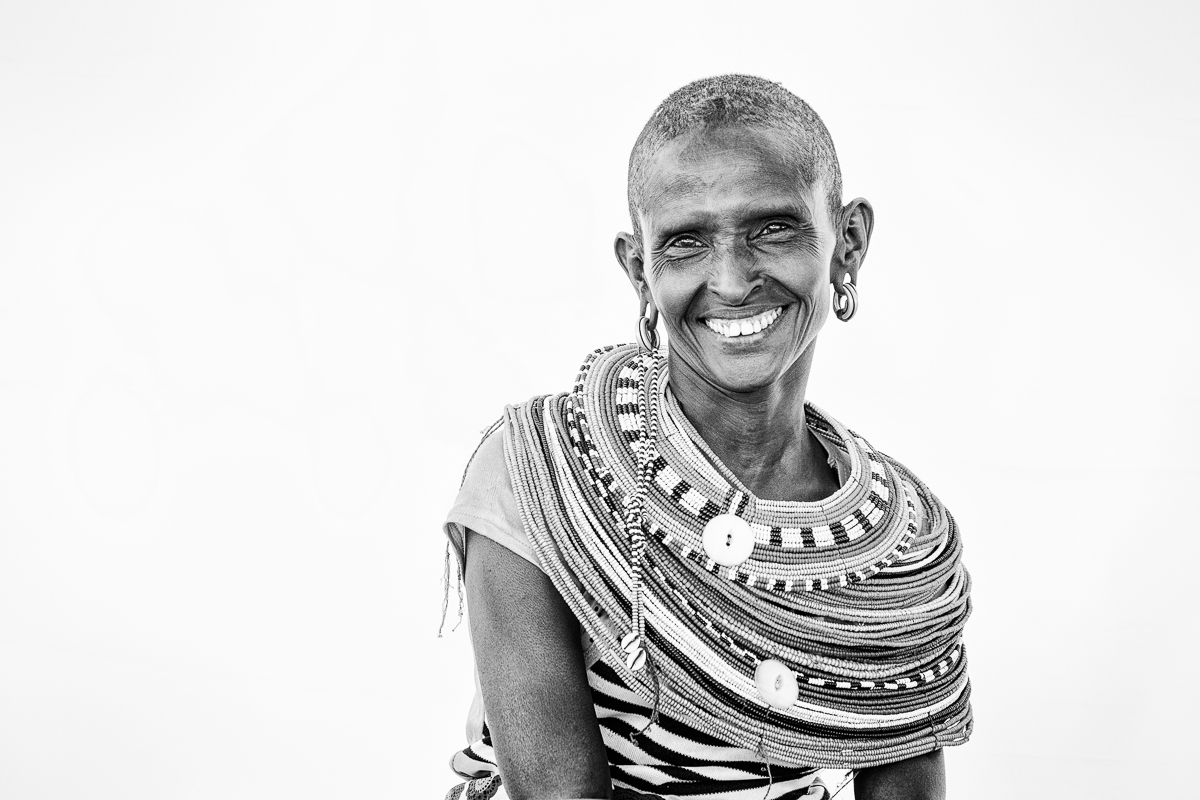 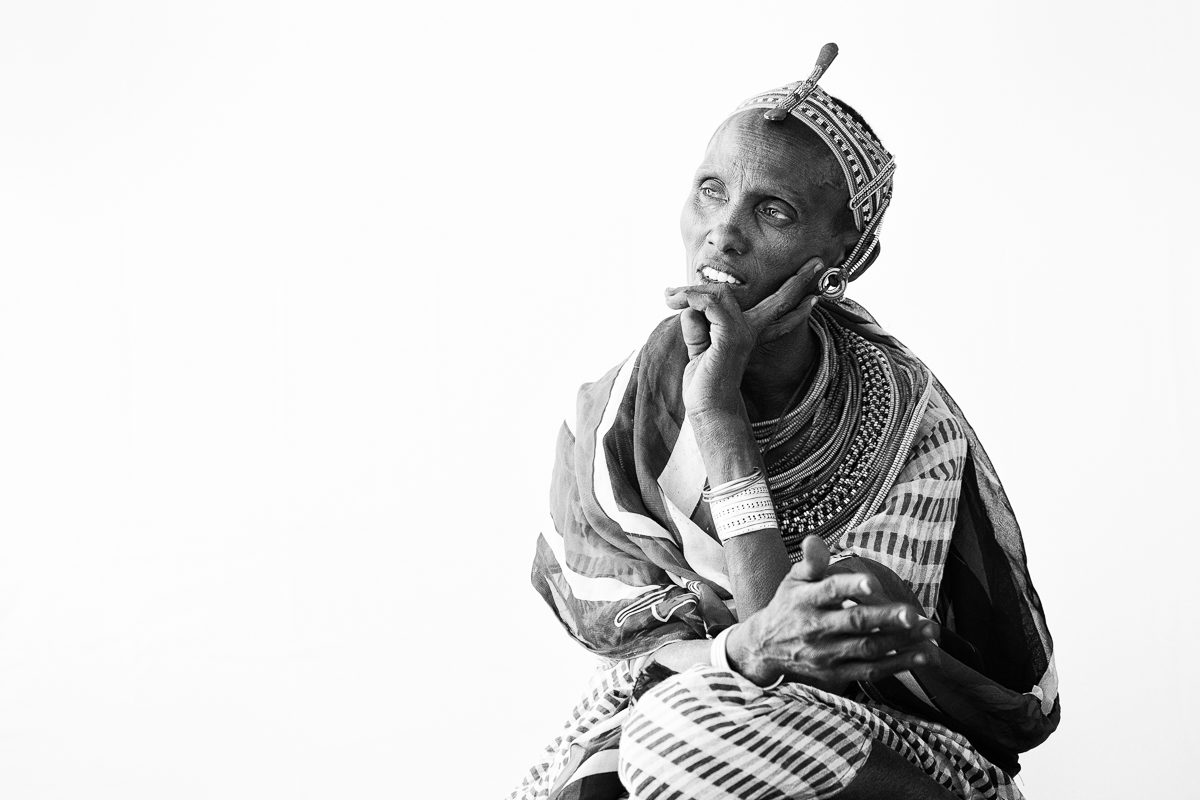 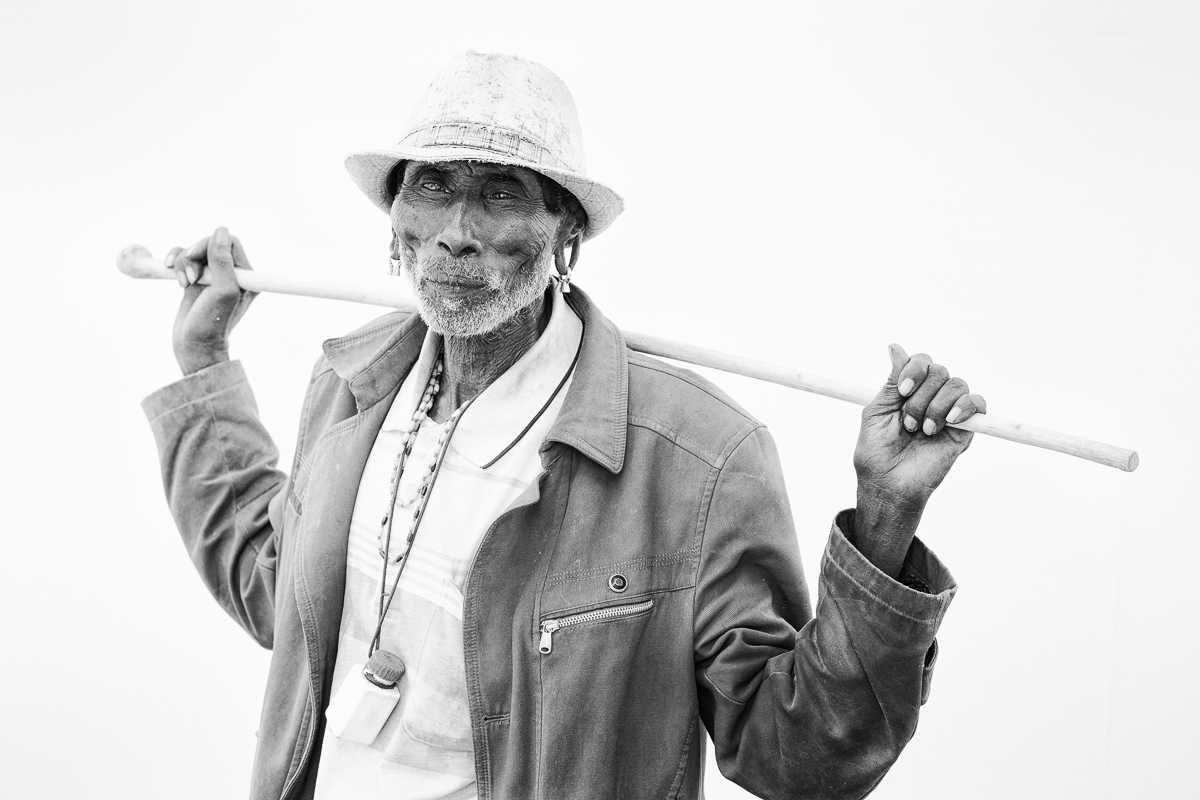 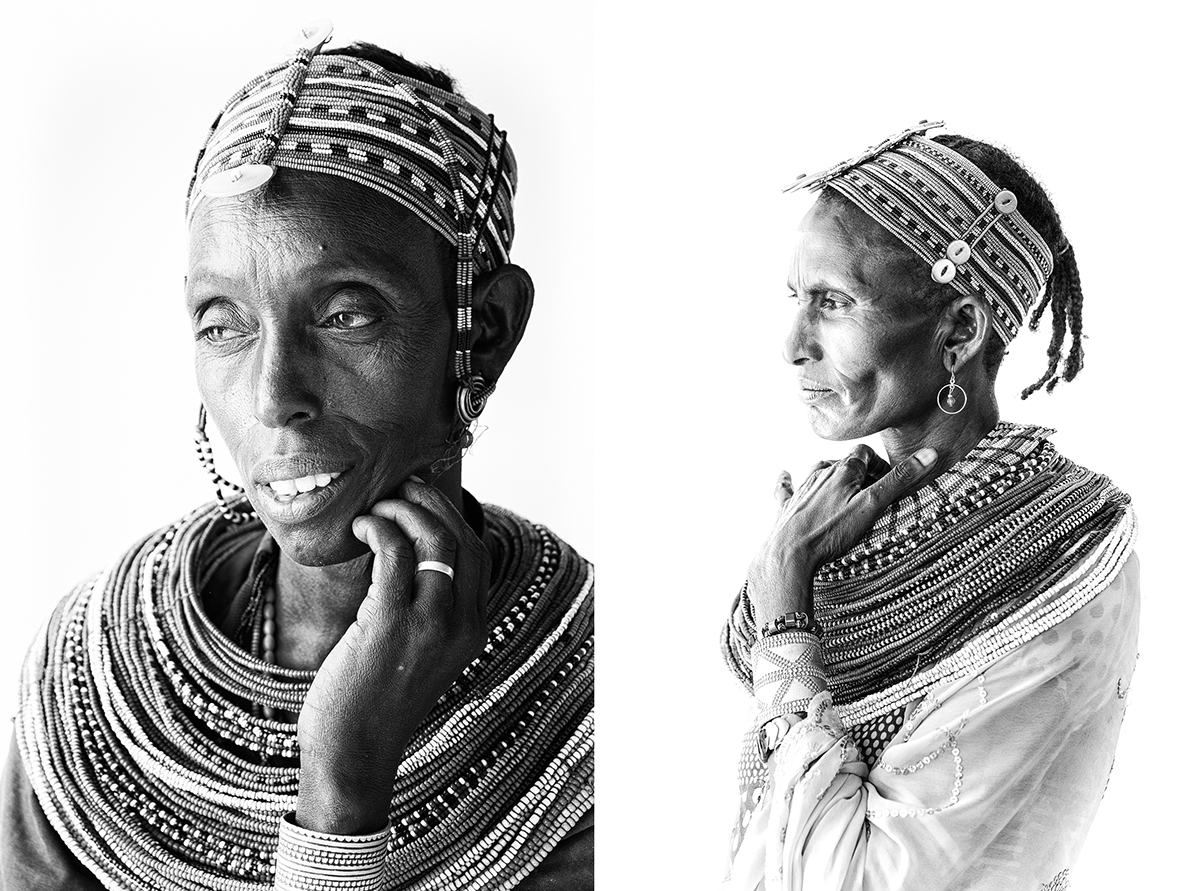 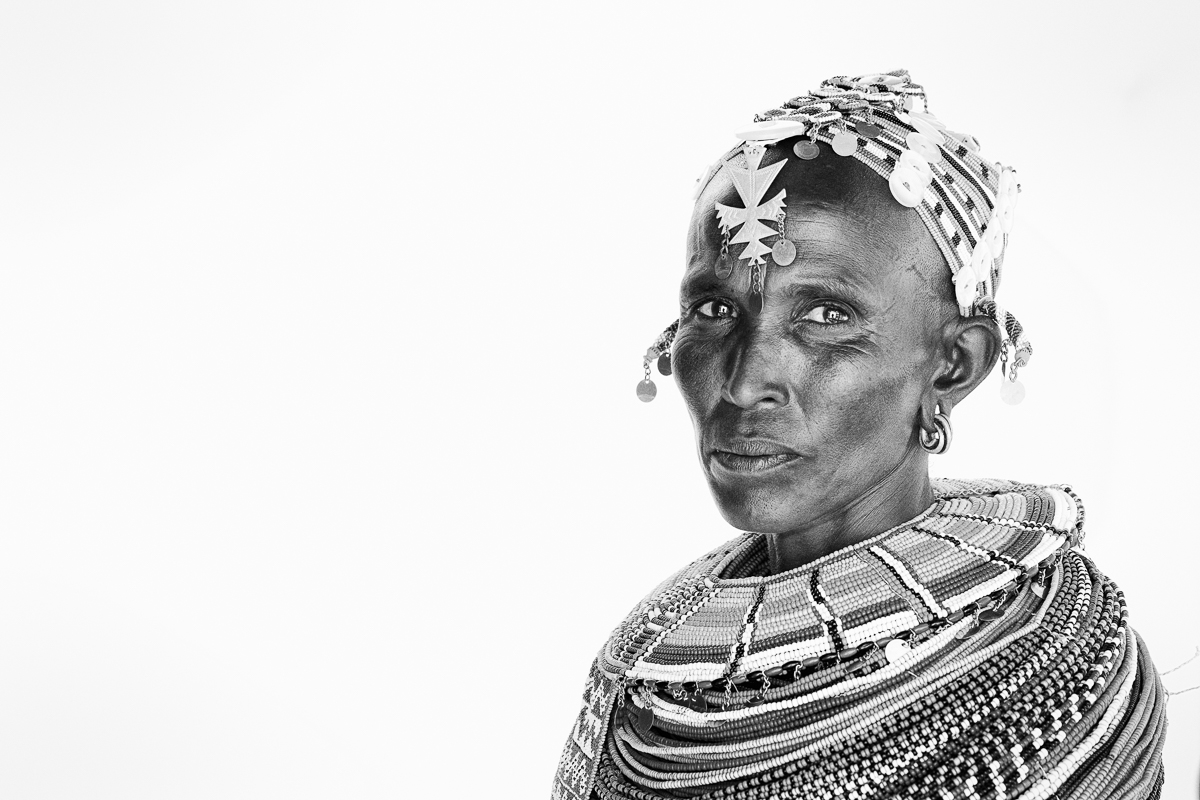 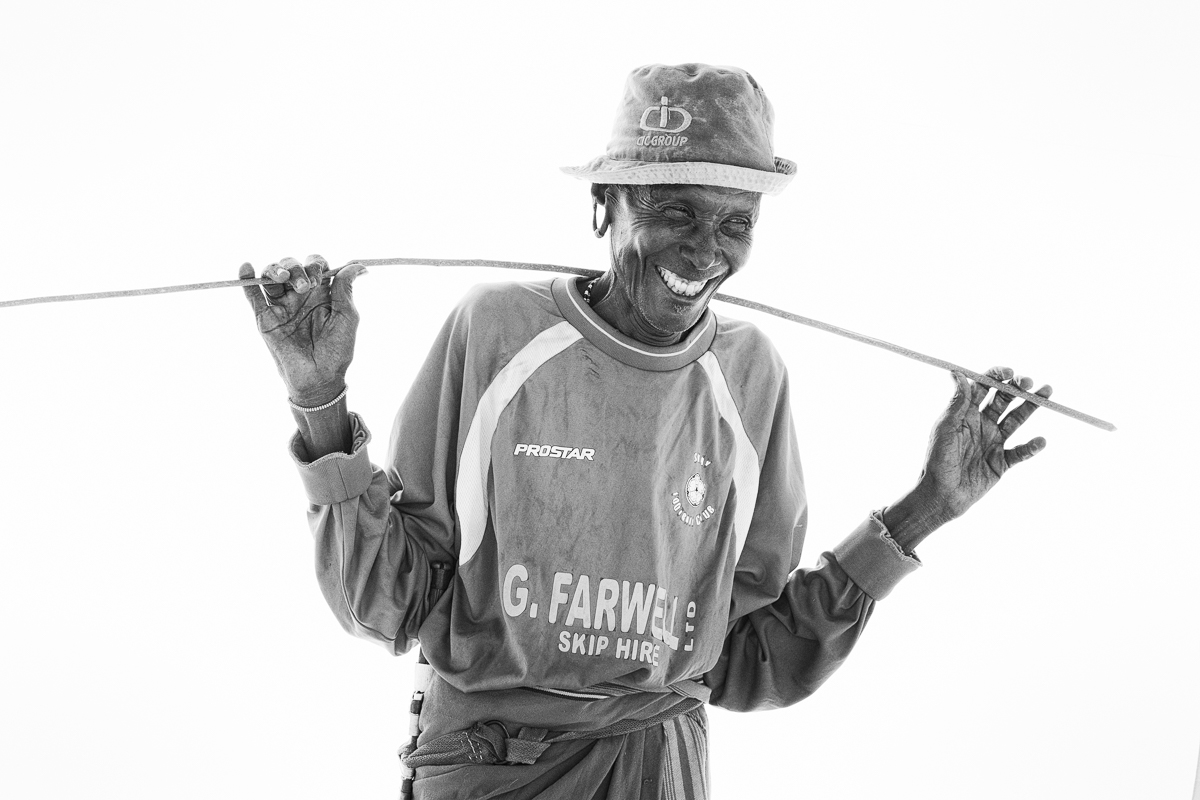