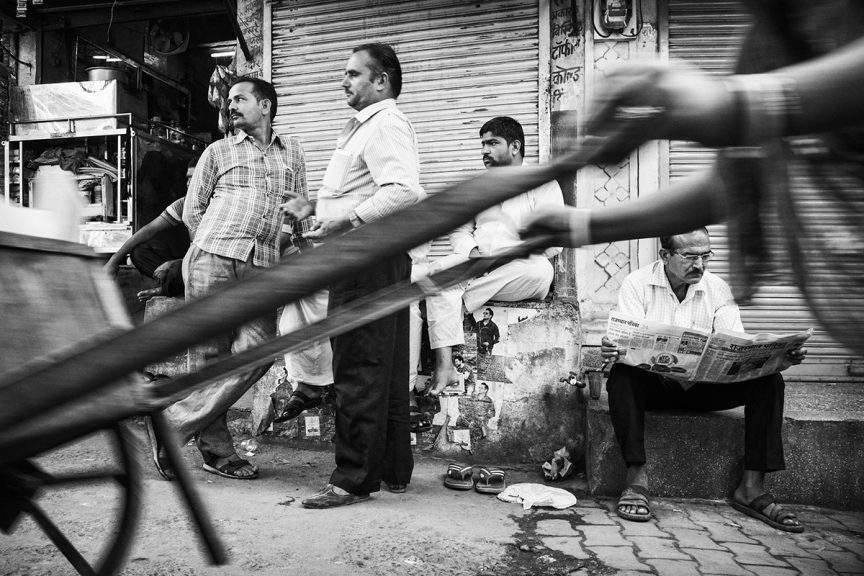 There’s not a day goes by that I don’t see photographers being offered some shortcut or another on a craft that ultimately frowns darkly on shortcuts. Since I started teaching photography I’ve had one unwavering desire for my students: that they learn to make photographs that they love, in a way that they love, of the things that they love or feel deeply about. My suspicion of shortcuts stems from that, knowing that most short cuts are not merely a detour but a dead-end. They replace learning rather than encourage it. They get us to a desired end without an understanding of how to get back there. So the dopamine dealers sell us another “snap shots to great shots” Photoshop tutorial or one-click action set and get us all back to our computers to furiously polish our turds, and we never learn to make the kind of deeper photograph that already has an emotional core. We learn to make eye candy. It gives us the same rush any candy does. And it can give us the same crash when we realize only too late that we’re not mastering anything, yet alone our craft, with this mad rush from one preset to another, one new piece of gear to another, one new “hot trick for landscape photographers!” to another. We aren’t learning; we’re kidding ourselves. And I know. I was there. I just wanted hope: hope that my images could get better. They can. But not with something you buy.

“The fact is that relatively few photographers ever master their medium. Instead they allow the medium to master them and go on an endless squirrel cage chase from new lens to new paper to new developer to new gadget, never staying with one piece of equipment long enough to learn its full capacities, becoming lost in a maze of technical information that is of little or no use since they don’t know what to do with it.” ~ Edward Weston

In the end shortcuts and diversions cost us time. They cost us attention span and energy. They rob us of the scenic route through the landscape in which we actually learn. They aren’t shortcuts at all. Not if you’re walking towards mastery of this craft, that beautiful place where flow gets a little easier, where the gear and the technique becomes no less important but less a thing we actively think about as we create, and certainly not as important as our vision or intent. If you want shortcuts consider these, because unlike many shortcuts, these actually get us there and won’t waste our time.

Study Photographs Not Cameras.
Studying the ins and out of cameras and buttons and dials and settings is helpful, even necessary to a point. But it will only make you really good at camera-using. Only studying photographs will make you better at photograph-making. We need to know and understand the image itself. We need to speak its language. It’s no good just revering old dead guys, and too-few old dead gals, who make beautiful images. If you want to really revere them – study their photographs. Learn why they work. Learn to read an image so you know how others will read them, so you can better make images that people have a chance at reading one way or another. Learn what visual elements and devices you find compelling so you yourself can make images that scratch your creative itch.

Focus Your Attention, Not Just Your Lens.
If you want to go deeper you need to begin – when the time is right, and only you know when that might be – to focus your attention and your efforts. There’s so much to be said for learning broadly, playing with all kinds of different techniques, especially at the beginning. Try it all on for size. See what you can use, and what you prefer not to. But when you begin to hunger for deeper work and not just sharp and well-exposed work – you’ll probably find that you can only go deeper if you stop going so broadly. Leaning to make sharp and well-exposed photographs is important, but it shouldn’t take you 5 years. Most high-school students get workingly competent with this in a semester. It’s probably time for you to begin making some choices – create some bodies of work. Begin to get really good at a couple things, not passingly mediocre at everything. Begin seeking more intentionally chosen mentoring and critique. If we are more familiar with our cameras than we are with the subjects we’re photographing, we won’t be creating deeper work.

Expose Your Soul, Not Just Your Sensor.
This is another way of me begging you to show me something of yourself. I’ve alluded several times recently to the cliched idea of a photograph being worth a thousand words, each time pointing out that those thousand words only matter if we actually have something to say. If you want to make deeper images, that depth has to come from you, not the sensor. Forget sensor size: how big are your ideas? Ignore low-light sensitivity: it doesn’t hold a candle to your own sensitivity to the world around you. Water-sealing and dust-resistant lenses and bodies? Hell, our cameras take more risks than some of us take personally. If you really want better photographs and “better” means something more to you than “I can use a camera,” then you must says something. And the more honest, vulnerable, authentic, or human that thing is, the greater the chance that you’ll be heard for the thing you say and not only the way you say it. No one praises an author for the fonts they use.

Look, maybe it’s the coffee speaking, but I just don’t want you wasting your precious time running in circles. Life’s too short, and this craft is too full of possibility, for us to bullshit each other. Some people just want to make sharp images and play with new toys, and if that fires all the right places in your brain, then go for it. Really. But I suspect you want more because no one would put themselves through reading my poet-warrior ranty stuff if they were looking for camera reviews and an article on edge-to-edge sharpness. If you want more, if you want deeper – then you have to choose paths that take you to deeper places.

Want more? Want to go deeper? Check out The Soul of the Camera, The Photographer’s Place in Picture-Making at SoulofTheCamera.com