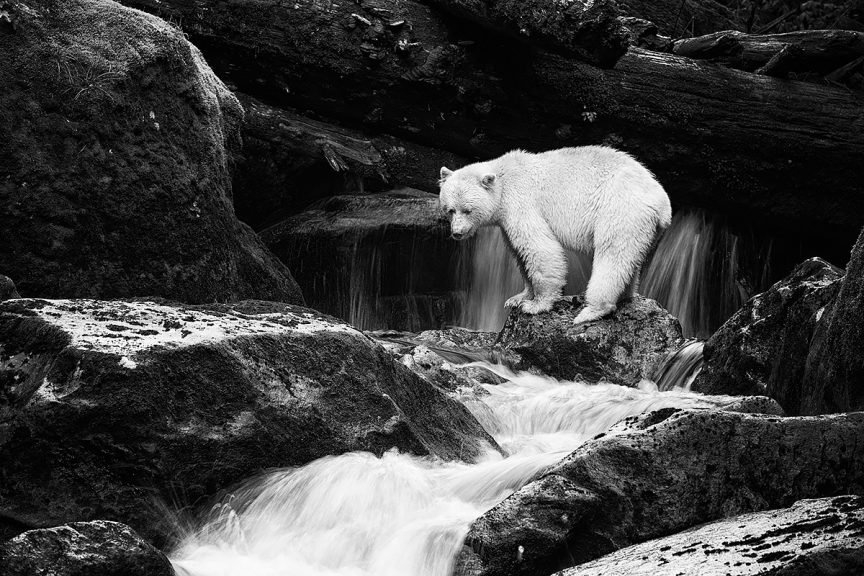 After the start of my course, The Compelling Frame, there were some good questions and excellent conversations about the lesson on Intent. I thought I’d clarify it in the discussions we were having, but I’m going to post it here because I think it might be illuminating for a larger audience.

I want you to imagine you and I are walking in the woods together. We’re both paying attention to different things, both sharing the same activity but having our own different experiences. We round a corner and you say, Wow, look at that! Or perhaps we’re on a seashore together, walking back to the parking lot. The sun is going down and you turn to look at the waves once last time and you have a similar reaction. Wow! Look at that!

I turn to look. The trees. The waves. I see, well, I see a lot of things. What is the that that you’re asking me to look at, to react to? In the case of the forest, is it the bigness of the tree, the autumnal colours, the toadstools at the base of the tree? The rare bird on the branch? The light streaming in through the leaves? Back at the shore, is it the line of storm clouds coming in? The light peaking just under those clouds and dancing across the water? Is it the backlit spray of water as it thunders up and over the rocks on the shore. What is the that to which you’re reacting, and which you seem to want to share with me?

“That” is our vision, or our intent, on an image to image basis. If you want me to see or react to something specific in the scene, you’re going to have to do more than just say “look at that.” Because I’m going to turn and see a lot of things, and what draws your eye at first might not be what draws mine.

“Look at that!”
“What, the frogs?”
“NO, not the frogs; THAT!”
“The cloud that looks like a frog?”
“NO! What is it with you and frogs? Look at THAT!”
“Is it BEHIND the frog?”
“Cheese and Rice, duChemin, what’s your problem? Look at the way the light is coming through the trees and illuminates that group of flowers!”
“Ah. Why didn’t you say so?”
“I thought I did.” ( fidgets in pockets, mumbles something about leaving something back at the car, wanders off. )

We often think we’re being way more specific than we are. And while this is only one of several kinds of photographic vision, it’s the one to which I most often refer when I teach, as intent. The camera doesn’t know, any more than the rest of us, what it is you’re pointing at. You have to know that. And the more clearly you know what the photograph is really truly, deep down, about, the more able you will be to choose the framing that gives best expression to that. Or the lens. Or the exposure. Or the shutter. Or any one of dozens of choices that will help you interpret that for me.

Because most of us aren’t just saying “look at that!” We’re giving others a chance to see through our eyes and to think or feel something about the thing in question. It’s not “look, see what those flowers look like?” Because we’ve all seen roses. We know what they look like. What we’re really saying is “Look, see how red those roses are?” or “See how powerful that storm is” or even, “See how fast that horse runs.” These are simple examples. But the question I’m asking when I prod you about vision or intent, is this: is it enough that you make a photograph OF a rose, a storm, or a horse, or are you really after a photograph ABOUT the redness of the rose, the power of the storm, or the speed of the horse? Don’t just show me what you see with your eyes, show me how you think or feel about what you see.

Vision can be a bigger thing. But practically, it’s just this: why are you raising the camera? What – specifically – are you trying to explore or express? Is it a contrast between light and dark that caught your eye? A moment of joy? A peculiar thing? Then show me, through the decisions our craft makes possible, that contrast, that joy, that peculiarity. Show it to me as clearly as possible. And where possible, because we can only point to so much in a photograph, eliminate what doesn’t help express “that.”

An example. The image at the top of this post (RSS readers can see that image here) is OF a bear and a waterfall. But it was also ABOUT the patience of the bear in his context. Just waiting. Watching. I wanted some sense of the passing of time and tried hard to show that with the blurring of the water. So I chose a slightly wider framing to include his environment, and used 1/8 of a second to blur the water (handheld around 600mm, thank you Image Stabilization!). If this had been about the power and speed of the bear catching a fish I’d have framed it tighter, and used a much, much faster shutter. The look on his face mattered. If I what I was trying to say was “Look at the patience of this bear fishing” I wouldn’t choose a moment when he looked up at raven in a tree, instead of into the river where the fish are. Even the choice of black and white enforces what I’m trying to communicate, because tonally I’m connecting the white of the bear and the white of the river. They are, if only symbolically, one.

That’s all I’m mostly getting at when I talk about vision. What are you pointing at, and why? Show me how you see them, not just that you see them. Yeah, I see the flowers, but what about the flowers? If it’s the colour, you’ll expose it one way and aren’t likely to render it in black and white. If it’s the shape and the rim light around the edges you might underexpose it, cutting out so many of the details, but making the shape really clear, and the colour might not matter at all.

Without a sense of what the image is about, or what you intend with the image, regardless of how others will eventually read it (because we have ultimately no control over that) we’ll have nothing to do but fumble about, looking for a starting point, grasping for a technique, guessing at settings and framing. We might do that anyways. Do we always know immediately what that is? Often not, and it’s the camera that helps get us there. But it does get us there if we’re asking the right questions, and making a lot of sketch images. One of the best questions we can be asking is “What is the that?” – it’s another version of “what am I trying to say?” or, “what is this image about?” or, yes, “what’s my intent or vision for this image?”