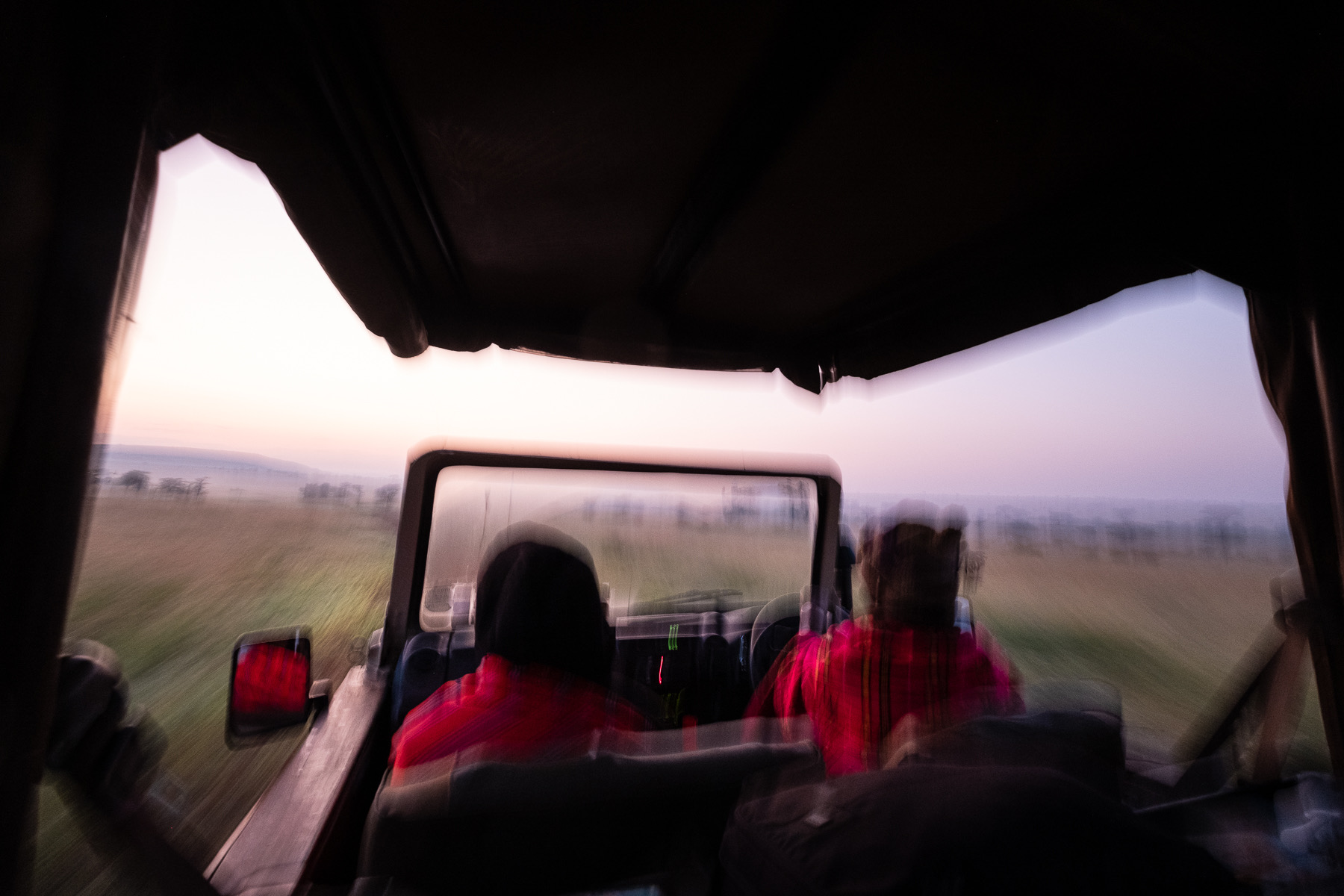 Bumping around in a Land Rover in Kenya a couple months ago, I did something I swore I would never do: I erased all the images on my SD card. Two days of photographing, gone with the accidental push of a button.

At first I wasn’t even sure I’d done what I had done. “Delete All?” my camera asked me. I’m sure I pressed the Not on Your Life button, hadn’t I? But I’d slipped and pressed the Yes, I’m a Doofus button instead. What a rookie mistake. I never delete images in the camera as it’s a short walk from there to card corruption issues and, as it turns out, is an easy way to delete a lot of hard work. I couldn’t believe it.

This kind of thing can wreck your day. Much worse are the days when you suffer a hard drive failure (though I’m guessing because it’s never happened to me). But I get emails all the time: “I lost all my photographs, what do I do?” In the case of a deleted SD card like mine, you put it safely in your wallet and you go home and you launch your file-recovery software ( I use Disk Drill for Mac ) and you (usually) get it back, even if you’ve formatted the card, just as long as you haven’t written over those images. In the case of a catastrophic drive failure, it’s less likely you’ll get those images back.

This is one of those rare emails that aims to be nothing but practical. No poet warrior, zen photographer meditations (not that there’s anything wrong with that). Just a reminder to you that as certain as life is short, it as equally certain that hard drives will fail, and unless you plan for this eventuality, you will lose all the photographs you worked so hard to make.

So I wanted to explain my own backup strategy and remind you once more, for the love of Ansel Adams, to back up your images. Today. Please. I’m begging you

When I travel, I shoot to large memory cards, either 64gb or 128gb. If the work is super important to me (read: client work) then I shoot to two cards simultaneously. That alone gives me confidence, and I do not format those cards until I am home and my work is all sitting on two or three drives.

Then, at the end of the day, I import my images to a small Samsung 2TB SSD drive (I like SSD drives because they’re smaller, lighter, and more durable in case of getting dropped or bashed around). And if it’s client work or I’m somewhere super dodgy where I worry my stuff will get stolen, I back it up to a second drive and keep my SD cards and each of the hard drives in separate places.

When I get home, I import all my stuff from the small drive (for the curious: first I do an Export as Catalog in Lightroom from my laptop, then I do an Import from Catalog (also in Lightroom), as this keep as my ratings and collections intact) to my home drive, which is a G-Tech G-Speed Shuttle 24TB RAID.

Then I immediately open the Pelican case in my office that contains my backup RAID, which is an exact duplicate of the drive on my desk, and I back my desktop drive to that second RAID. Now I have two RAID drives, which on their own are meant to be redundant, each with all my photographs on them. So if one dies a horrible death or comes to a screeching halt, I have another right there waiting for me. And then when my manager, Corwin, comes for his next meeting with me, he brings another Pelican case with another RAID unit, and I back that up again, and he takes it home with him so that each of the backup drives aren’t in the same location in case of a catastrophic event

Overkill? Yes. Maybe. But do I ever worry—even for a moment—that my photographs are at risk? Never. I sleep like a well-fed baby, drooling but carefree.

Yes, the drives were expensive, but not nearly the financial and emotional costs of losing all of my photographs.

My wife, Cynthia, doesn’t have nearly as many images as I do, so her approach is different. She has two large drives on her desk, each about 12TB. One is a primary drive for all her images; the other is an exact duplicate. And the third backup is in the cloud, using Backblaze. It takes a while to get there, and if you had slow internet you might look for other options, but it’s very reasonably priced and knowing that Cynthia’s images are stored in three places, one of which is off-site, gives me peace of mind on her behalf.

That’s the goal: three copies of all files, one of which is not at home, so that fire, theft, or some other natural disaster doesn’t wipe you out.

Backblaze costs $60 a year. A 20TB RAID at B&H is less than $1,000, less expensive if you don’t need that much space.  This is the RAID unit I use.  Yes, it cost me $6K for all my storage and backup, but that’s pennies compared to losing it all. You can do it for much less, but you’ve got to do it.
Here’s what I’m begging you to consider: if you have a system that works for you, with images are in three different places, one of them off-site, then give yourself a gold star, go make sure it’s all up to date, and sleep well tonight.

If you don’t,  then go figure out how much space you need. Then consider doubling it. If you have 4TB of image files, consider 8TB as the next drive you buy. Or 12TB. At B&H you can buy a 12TB drive for just over $200 right now: buy two of these (or something similar). Put your images on one and keep them there. Then back that up to the second. I use Super Duper to do those backups. It’s about $30 USD, so it won’t break the bank. Then look into Backblaze and bite the bullet.

There are plenty of things to consider when considering this stuff, and I’m the last guy who should be talking about the finer points of RAIDs. I set up my system to be simple and fast so I can sleep well at night. You can do it cheaper, like using straight-up hard drives and not RAIDs. You could go faster and more expensive, or set up a NAS as well. But most of you just want to make photographs, not become computer pros.  However you do it, make sure it’s backed up at least twice, and that one of those is in the cloud or otherwise off-site.