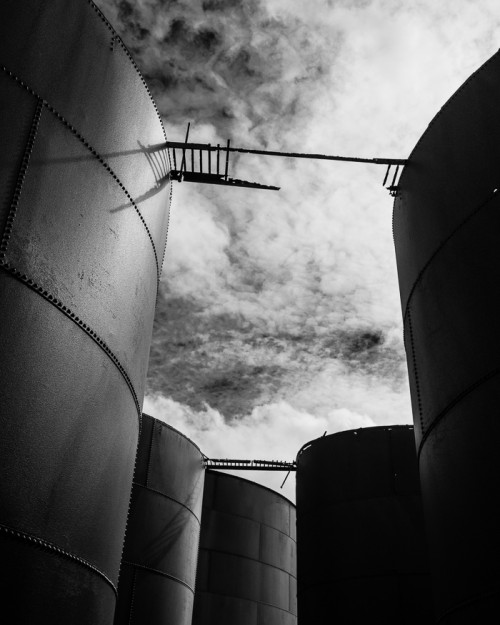 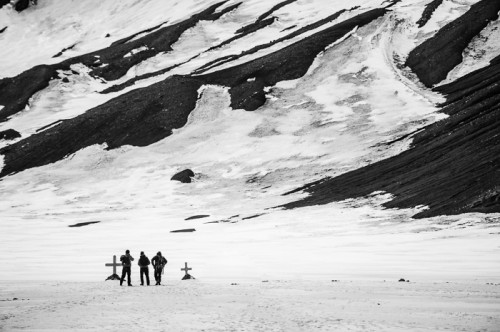 I couldn’t bring myself to shoot a single black and white image in Antarctica last year. To me the place was all about colour. This year it was very different. Last week I was on Deception Island in Antarctica, walking around an old whaling station in the crater of a still-active volcano. It’s a fascinating place, full of texture, contrasts, and decaying ghosts of the past. Last year’s weather was so different and the colours were so rich, but this year I began to feel the place in black and white. I want to tell you I saw the place in black & white, but I didn’t. I felt it. To see it I needed the camera’s help. Shooting in colour so much,  I just don’t see in black and white so well these days.

I set my Nikons to shoot in black and white, taking my cues from the LCD screen to get a sense for the scene, at least for a while as I re-learned what the world looks like rendered that way. When shooting in RAW, remember that when you look at the preview on the LCD you’re only looking at a small JPG version of the image. In this case, that JPG is shown in monochrome, but the RAW file is still there in all it’s full-data, full-colour glory. When you later bring the image into Lightroom or Aperture you’ll still have to do a great black and white conversion, but for anyone with difficulty seeing in monochrome, this is helpful.

Here’s how to do it simply, with a couple button-clicks on two cameras, a Nikon D800 and a Canon 5D Mk II.

On the Nikon: Menu > Shooting Menu (Camera Icon) > Set Picture Control > MC Monochrome. If you want to step it up a notch and customize this monochrome setting, like for instance, adding a tone, or more contrast, then it’s Menu > Manage Picture Control, and follow the rabbit trail to tweak the settings and create a custom picture style.

On the Canon: Menu > Picture Style (Second Red Camera icon) > Monochrome. If you want to customize it, you follow the same menu prompts, but instead of choosing Monochrome (or Standard, Neutral…) head down to one of the User Def. settings and you can tweak and save one of those.

Some of the newer cameras with electronic viewfinders take this a step further and allow you to see the scene in black and white even before you shoot it. My Fuji x100 did this for me, so did my little Leica point and shoot a few years ago. I suspect the newer xPro 1 and most of the micro 4/3 cameras do it, too. Once you’ve been shooting in black and white a while it becomes easier to see the scene in monochrome, but colour can be really seductive hard to see past; for those of us who primarily work in colour, making the switch to seeing in black & white can benefit from a little help.

If, once you’re back into Lightroom 4, you need a little help with the black &white conversions, my Lightroom 4 Develop Presets contain some solid starting points to help you get going. The Craft & Vision library also has some excellent books on the subject, all for just $5.