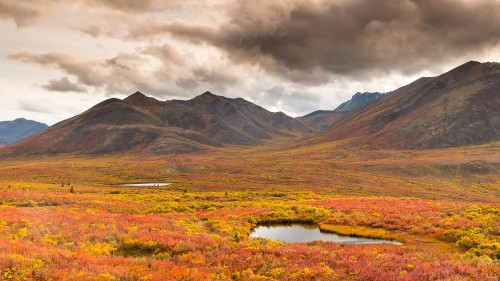 The gift of photography is that it teaches us to truly see. This is as true of the photographer with the camera to his eye as it is to the person who experiences the photographs. The camera, subject to so many more limitations than the human eye, the limitations of the frame especially, excels because of those limitations, not despite them. Photography is the art of exclusion, made so by the fact that it forces us to place what matters inside a frame, excluding all else. It’s a story-telling device of extraordinary elegance and simplicity. And by this act of exclusion we point more powerfully to the things within the frame, saying without words, because they aren’t needed when the photograph is clear, Look at this! With so much going on in the world of our periphery, it’s the photographer who picks one detail and elevates it from the unobserved and mundane and points out the line, the light, or the moment that would otherwise have passed without our notice.

Photography is not merely about what we see, but how we see it. The often repeated nonsense about the camera never lying is, of course, just that. Nonsense. The camera is a storytelling device that will tell any truth or lie we ask of it. Or have we forgotten that it is cameras, and many of them, that capture the raw materials for the thousands of movies created every year, and the hundreds of thousands of ad campaigns that choke the once-beautiful print media that’s now in such decline, not to mention the propaganda films of every conceivable dogma? The camera is far from objective, and I say this in praise of the camera, not to slander it. How many of us really want our stories told to us with just the facts, whatever those are, without feeling or reaction? The price of this so-called objectivity is a loss of humanity. How much would I love to watch news anchors who actually, forgive my crassness, gave a damn – and showed it? There’s a reason we flock to stories and not simply facts: they feed our souls, help us sort out meaning, re-ignite lost wonder. Thousands and thousands of years of humanity finding meaning and beauty in stories and we talk about the camera as though it can, or should, free us from that terrible burden. What a loss. After all, it’s not the camera itself that is the point, but the astonishing things it can do in the hands of a storyteller.

It is the very subjectivity of the camera that I love. Were it objective it would produce frame after frame of homogeny, but it doesn’t. Or, at least, it doesn’t have to. From the moment I picked up my first camera, a used Voigtlander bought cheap at a neighbour’s yard sale, I was mesmerized by the ability to make something new, my photographs becoming a collaboration between the reality that was out there, the constraints of the camera in my hand, and the choices I made by virtue of my imagination, or as often as not, by sheer dumb luck (I will always be grateful for the grace of serendipity). With the camera to my eye I could re-frame the world and bring new order to it. I could put lines in new places with different lenses and a change in perspective. I could de-focus a lens or move the camera during an exposure, and reduce a scene to nothing but shape and colour. I could freeze a moment in time that would otherwise pass so fast that it would escape notice, and extend the experience of wonder for as long as I cared to look at the print.

It is that wonder, I think, more than anything else, to which my cameras have opened my eyes. The wonder of this astonishing planet and the people that dwell thereon. The wonder at our differences and commonalities. The wonder at all the beauty this planet continues to create, despite our own reckless, and astonishing, determination to destroy it. My favourite songwriter, Canadian Bruce Cockburn wrote a song called World  of Wonders in which he speaks of

“a rainbow shining in a bead of spittle,
Falling diamonds in rattling rain.
Light flexed on moving muscle,
I stand here dazzled with my heart in flames
at this world of wonders.
Moment of peace like brief arctic bloom,
Red-gold ripple of the sun going down.
Line of black hills makes my bed,
Sky full of love pulled over my head,
in this world of wonders.”

There is so much beauty out there if we only have the eyes to see it.

There is great darkness too, though I’m not the one to tell those stories. There are men and women out there much more able to bear witness to the horrors of the human drama, and natural disasters, of our age. I’ve chosen not to tell those stories, because I’m not sure the human heart and soul is wired to hear them all, and these days we hear them from a million different voices, on a million different channels. The telling of many of them is necessary, but they’ve become attached to so much fear-mongering that it’s no wonder we’re seeing record rates of clinical depression and corresponding prescriptions to treat it. I’ve chosen to photograph not the wars, but the things I imagine we hope for in the midst of war, as we have been, as a planet, almost without stop during this century of genocide, which are hope and beauty. Even in my assignment work for humanitarian organizations I look for the hope because there are enough photographs of children with flies around their eyes, all of them pointing to the horror of poverty, but not to the reality that the people living in this poverty share a common humanity with us. They laugh, play,  love, and long for the same things we long for. Both stories are needed. I simply chose to look for, and tell, the stories of hope, pushed there by my own hope that we have a better shot at changing the world when we are moved by love and respect and a desire for justice, not merely pity. Shock keeps us glued to televisions, paralyzed by disbelief, it does not often move us to action, much less a life of sustained generosity.

Over the last seven years I’ve placed my feet on seven continents, at least according to the geopolitical definition of the term. The glaring exception is continental Australia, though spending time photographing in New Zealand means I’ve been in Oceania. And it is the camera to my eye and the never-easy creative process of wrestling with my muse, that has helped me see it – this planet and her children – with fresh eyes. And having seen it, to reclaim my own place in it as one of her children. It’s easy to identify with our own national citizenships and forget that we remain, no matter the borders that separate us, citizens of this earth and our brother’s keepers. And to care for, and love, each other means to move past the Us vs. Them mentality that divides us along national, racial, or religious lines. It means to wonder at mankind’s search for the Divine through faiths not our own, and learning from wisdom where it can be found, instead of shutting the doors of our hearts in fear, or misunderstanding, of the differences. It means to love and respect the planet, and yes, to save trees and whales, lest our myopia allow us to forget not only is it right and good to protect what is beautiful and vanishing,  but that this planet is not merely the place upon which we walk, but from which we are fed and watered, and it is in areas of greatest environmental destruction that I’ve seen the greatest poverty and conflict.

Perhaps I’m naive to think we can change, but I know there’s great beauty and wonder out there, all around us, and I’d rather live my life looking towards the light than fearing the darkness. And so, as a photographer, my medium is light. And time. Both commodities of extraordinary value, not only symbolically, but actually. We have nothing if we have neither. And with these raw materials, and the clumsy tools of this craft, come another great gift – a voice. To see the world is one thing, and enriches our own souls, but to be given a voice, a way of sharing the way we see the world, with the world itself, is also a gift both to ourselves, and – one hopes – to those who hear our voice, see the world differently because of it, and experience new wonder.

So many words to say simply, that the camera has opened my eyes, and then my heart, to a world that I love more with each passing day. I don’t use the word “love” lightly, and by it I do not mean I just really like it. Someone once said, and I’ve no idea the source, that love is not blind, that love sees more, not less, and because it sees more, it is willing to see less. It’s true of the people we love, and of the whole astonishing world. It’s not perfect; we don’t love because of perfection but because of beauty, and the two are not remotely the same. If it’s possible that love is not merely an emotion or a choice, but a way of seeing, then I hope my work widens both eyes and hearts to this world of wonder and the moments we share in this too-brief life.

This essay was originally published as the only preface, the only text, really, to my book SEVEN, which you can find here.