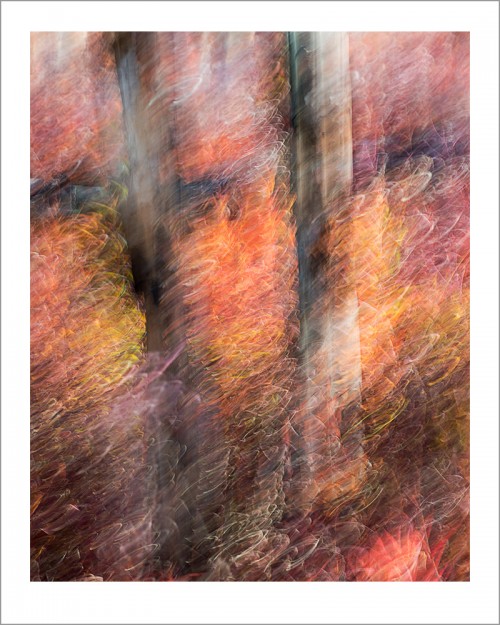 I was talking to a photographer recently who said something I’ve heard, in so many different words, from so many of us, including myself. She’s taking a trip, going somewhere epic, somewhere she’s obviously been dreaming about, a place that’s already well lodged into her heart and imagination even though she’s never been there. She said she was worried it would be so amazing that she’d never be able to capture it. She’s worried she isn’t good enough yet.

And she isn’t. None of us are. She’s going to a place that will blow her mind: to Antarctica for the first time. She’s already thinking about deep water, impossible blues, and a vastness she’s never imagined. But this isn’t about Antarctica. We all have places we go, people we meet, experiences we have that are bigger than any camera can capture. Full of colour and emotion and the frisson of being alive. We’d be insane to think we could capture all this. The best we can do is interpret it, borrow a piece of it and set it aside against the day we begin to forget. And we can’t do that, can never come close, when we’re focusing on how good we are, or aren’t, or how good, or new, our camera is. We do that when we put those worries somewhere else and live the moments. It’s not about being good enough – though craft matters, it’s too late in the moment to do much about our shortcomings – it’s about being alive enough. Awake enough. Willing enough to risk, to play, to stop looking so damn hard for what we expect and instead open ourselves to the surprises around the corner and the moments unexpected.

And in those moments when we think ourselves good enough, what a shame if the moments aren’t bigger than that; how sad that the memories are so small that they fit completely within these little frames. Surely life is bigger than that.

I think the best thing my camera offers is not a record of this experience or that, but a way of opening the door to a bigger experience of this or that, and a chance to make something that in some small way expresses my wonder, joy, curiosity, and gives me slivers of memory enough to conjur them back.

Study your craft, then let it get out of the way. More important, I think, that you breathe life as deeply as you’re able, making the odd beautiful photograph along the way, than that you walk through life so burdened by gear and expectation that you miss the wonder and the beauty your camera can only imperfectly see.