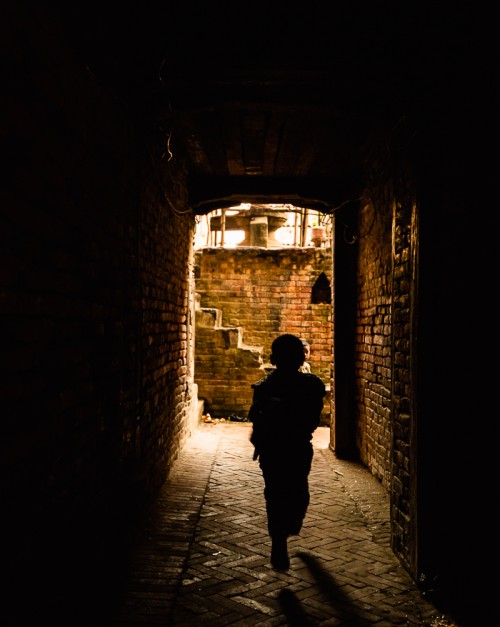 One of the great revelations of my life came when I discovered Joseph Campbell and his book, The Hero With a Thousand Faces. I read it while studying films and screenplays and trying to understand what makes a great story. And I read it while divorcing for the first time and not sure I was going to survive the trauma of that.

While challenging to read, I found one idea that stuck with me and resonated so completely that it’s still a rare month that I haven’t gone back to it, to sift through the paradigm and find meaning. That idea is the Hero’s Journey—the idea that in the mythology of every culture through time there are common elements in the stories that give our lives meaning. Books like The Writer’s Journey, by Christopher Vogler, and Story, by Robert McKee, both explore this idea in order to help writers create stories that are more powerfully resonant. I think we can use the idea to see the creative process from a new perspective, and to write our own story in more intentional ways, and with greater understanding.

The Hero’s Journey is not a formula, and it’s not prescriptive. It’s descriptive. It looks into the stories we’ve told each other since the dawn of time and asks why they have such a ring of truth, and what elements they have in common. The hero takes many forms, and is not gender specific. She can be a warrior, to be sure, but as often can be an explorer, an inventor, a mother, a tradesman, or an artist. What he or she is is not important; the Hero’s Journey is more concerned about the path the hero takes.

Borrowing from the language of Vogler’s The Writer’s Journey (because he makes the often difficult language of Campbell much more accessible), the hero’s journey begins in the Ordinary World. It is the place in which we live our ordinary lives, waking daily to our ordinary tasks, and from which the hero is about to be shaken by the Call to Adventure (which I’m capitalizing to make it a little easier to see the structure). That call comes in a million ways, but is almost always an awakening, a desire, a longing, or a crazy idea. For me it’s often expressed as a What if….? However it comes, it’s a call away from the mundane: a call to rock a boat; to change a status that’s been quo for too long; a call to make—to create—a change.

If you’re like me or like most others (including the protagonists in millennia of stories), you’re likely to refuse the call at first. The Refusal of the Call is common, and though there are times it’s taken up quickly and without thought, it’s the human tendency to prefer the familiar and the safe over the unknown. And so we turn our attention elsewhere; we make excuses; we procrastinate. Even when the call itself seems so right and fills a longing, it’s our nature to count to three a few times to build the bravado needed to jump into water we know will be cold and dark. Once we own that call, once we accept and dive in, pack our bags, sit down at the typewriter, or get out a new canvas, the journey truly begins. Acceptance of the call is, in most movies, where the action begins and the protagonist crosses the First Threshold into the special world of the adventure, the new world in which the story unfolds and after which nothing will be the same. Dorothy steps onto the Yellow Brick Road, Luke joins the Rebel forces, and Peter Parker puts on the Spider-Man costume for the first time. Here the hero meets allies and enemies, encounters tests and trials, and begins his approach to the Inmost Cave.

The Inmost Cave is where the hero endures the ordeal that is central to the story, the conflict around which the story revolves. Without conflict there is no story. There is no catalyst to change, and no reason for us to keep reading. Who wants to read a story in which there is no conflict? No one. Because life is not like that. We seldom get what we want without struggle and loss. We do not become who we want to become—the best versions of ourselves—without passing through the fire. We do not write the book without tearing up a few pages, nor paint the masterpiece without ruining a few canvases. We know that. It’s why the truly epic stories have so endured; we know the best stories, the ones that most resonate with our humanity and fuel our hopes, are the ones that remind us that the harder the struggle, the greater the reward. And it’s no token struggle, either. The losses we accumulate on the way can be almost catastrophic, and there are times we’re not sure the hero will make it. We don’t know the book will get finished, yet alone feel right when it does. We don’t know our marriage will make it, our business won’t go under, or that the year we spent chasing the thing we long for will pay off.

And it doesn’t always. Sometimes the hero just doesn’t make it, and the story never gets told. You know that. I know that. What doesn’t kill us gives us something to tell stories about. But when she does make it, and she takes hold of the Reward for which she struggled so hard, and takes the Road Back to the ordinary world, even still pursued by the villain, the enemy of our souls, or her own doubts, she experiences something of a rebirth, a Resurrection. She is changed, has faced her fears, her demons, and she has won, Returning Home, back to the tribe, the kingdom, the family, with the magic sword or elixir.

The dragons have only ever been metaphors for us, the swords now only symbols, but this pattern in one form or another has played out in a million eras on a million faces. And I think it’s worth the time to write here and to think about, because I think it makes it easier when we wake up hearing that call to do something new, to venture past the threshold of the mundane (even if that’s an everyday effort) to remember what’s coming our way. It’s easier to deal with the approach to our inmost cave, or deepest fears, when we can brace ourselves for it, and when we know that every artist through every age, whether their art was in raising monuments, raising money, or raising kids, has fought tooth and nail to get there, and that struggle has changed them before it’s allowed them to go home and do it all again the next day.

Our own hero’s journey, just as easily seen as the Artist’s Journey or the Human’s Journey, will both span our lives, and repeat in smaller cycles, with each new book, each song we try to write, each canvas we fill, or each new initiative we begin when the words “what if…” wake us from our slumber and call us to the adventure. We will go through the same challenges, whether our conflict is with ourselves, the project we’re working on, or something else. It won’t make the struggle easier, but perhaps we’ll have less fear, and blame ourselves less, when we know we’re fighting on the same battleground. And it should make us nervous and raise red flags when the journey doesn’t take us through those battlefields. If we haven’t struggled with it, we will—or there’s a good chance the work isn’t worth the effort. I’m not saying it’s always this way, I’m just saying that’s the way it seems to be most of the time. Our art is only worth as much as it cost us.

Living a great story is much harder than watching a great story, but it’s why we watch at all. The great movies steel our nerves and give us hope. They remind us that no story worth the telling, or the living, comes without conflict and struggle; they remind us that the necessary price we pay is transformation. The promise of any great story is that the hero never returns the same. Story is not about entertainment, it’s about change, and it is change that makes us the artists—the humans—that we are and gives us the place from which we make our art and write our own stories; to live our lives with greater intention instead of allowing our stories merely to write themselves. 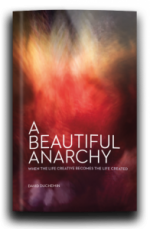 “A Beautiful Anarchy is a manifesto that has changed how I see the world. Read this book if you want to make more meaningful photographs and live a more complete life.”
~ Chris Orwig, author of Visual Poetry.