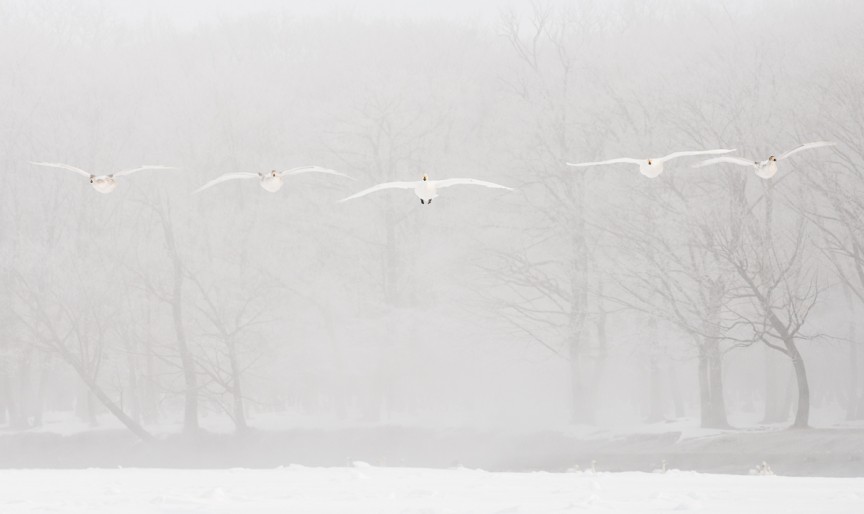 Isolation: Use a Longer Lens
The Visual Toolbox, Lesson 13 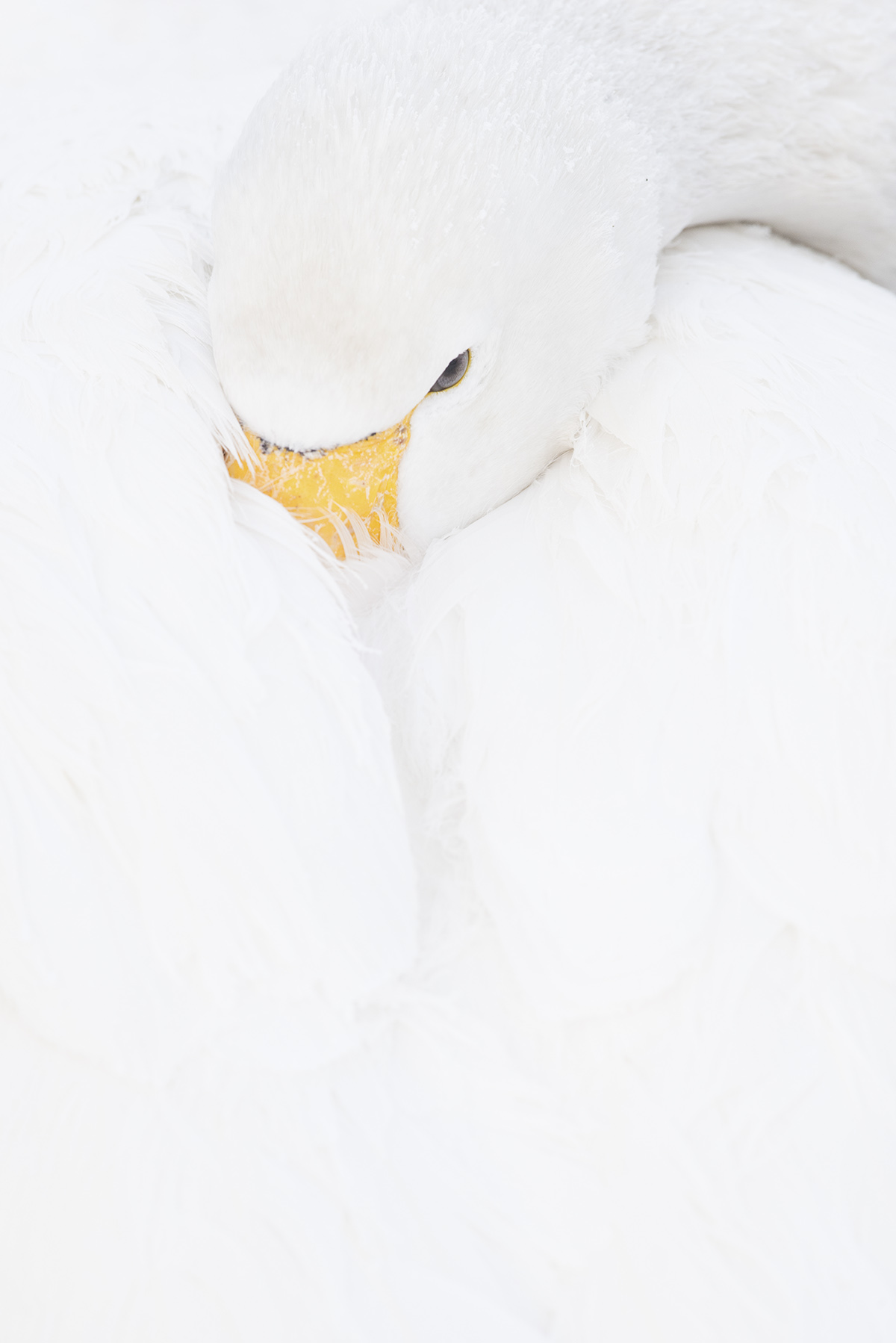 Telephoto lenses, anything over a 35mm equivalent of 50-60mm, have the opposite effect of a wide angle, and the longer they get (200, 300, 600mm) the greater the difference. As telephoto lenses get longer in focal length, they have tighter and tighter angles of view and greater and greater magnification. They excel at pulling far things near, compressing elements, and really isolating – not just to get that great shot of a duck, but to set that duck – or tree, or child on a swing – against its context and exclude all else. Photography is as much about what we exclude from the frame as it is about what we include. Every element in the frame exerts some visual mass, and the more elements exerting that pull on the eye, the less impact each of those elements has.

Sometimes the best tool for achieving impact is isolation, and the shallow angle of view and illusion of compression that’s created by telephoto lenses does isolation really well.

The other advantage of using a longer lens is that the depth of field at a given aperture appears much shallower than with a wider lens. In my humanitarian work I’ve often put a 200/2.8 lens on, and backed up a little, giving me a little more context, but still powerfully isolating my subject. Shallow depth of field and a tight angle of view makes background control much easier.

YOUR ASSIGNMENT
Beg, borrow, or steal a 200mm lens and, resisting the urge to use it merely to bring far stuff a little closer, pay close attention to 3 behaviours.

Isolation: Use a Wider Aperture
The Visual Toolbox, Lesson 13 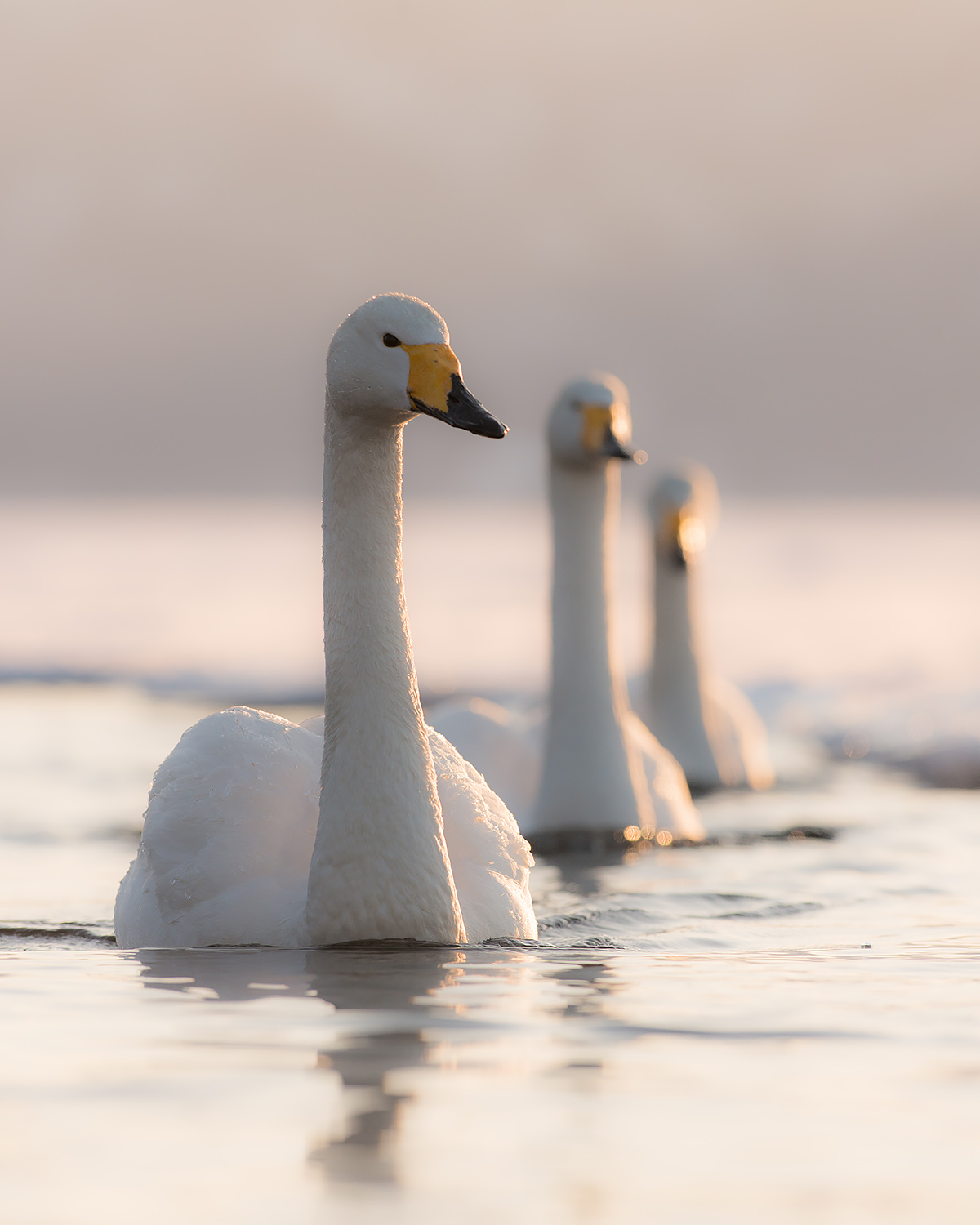 We’ve already touched on the ability of a longer lens to isolate subjects and give them greater visual mass, or pull on the eye, than they might have otherwise. A shallow depth of field can strengthen that, but it doesn’t have to be used in conjunction with a long lens. In fact, photographs made with a wider lens can often benefit because the wide lens makes background control difficult, simply by virtue of there being so much more background to wrestle into place.

A softer focus on the background can diminish the pull on the eye, which in turn strengthens the impact of the elements in focus. Here’s what you need to know about depth of field.

YOUR ASSIGNMENT
Spend a day or two making three sets of photographs, all of them the same subject, focused at the same point, but changing the aperture. First f/1.8, or as wide as you can go, then f/6.3, then f/16. The more you get a sense for the difference between shallow focus, deep focus, and the middle-ground in between, the more able you’ll be to comfortably make choices without the mystery. Now do the same with a subject quiet close to you – perhaps within 3 feet, and notice how much shallower the shallow zone of focus is, and how much deeper, by comparison, the deep zone (f/16) is.

These lessons are from The Visual Toolbox, 60 Lessons for Stronger Photographs. I plan to post a few more of these from the book, but if you find them helpful you might want to look at the whole book, available on Amazon (Link here).