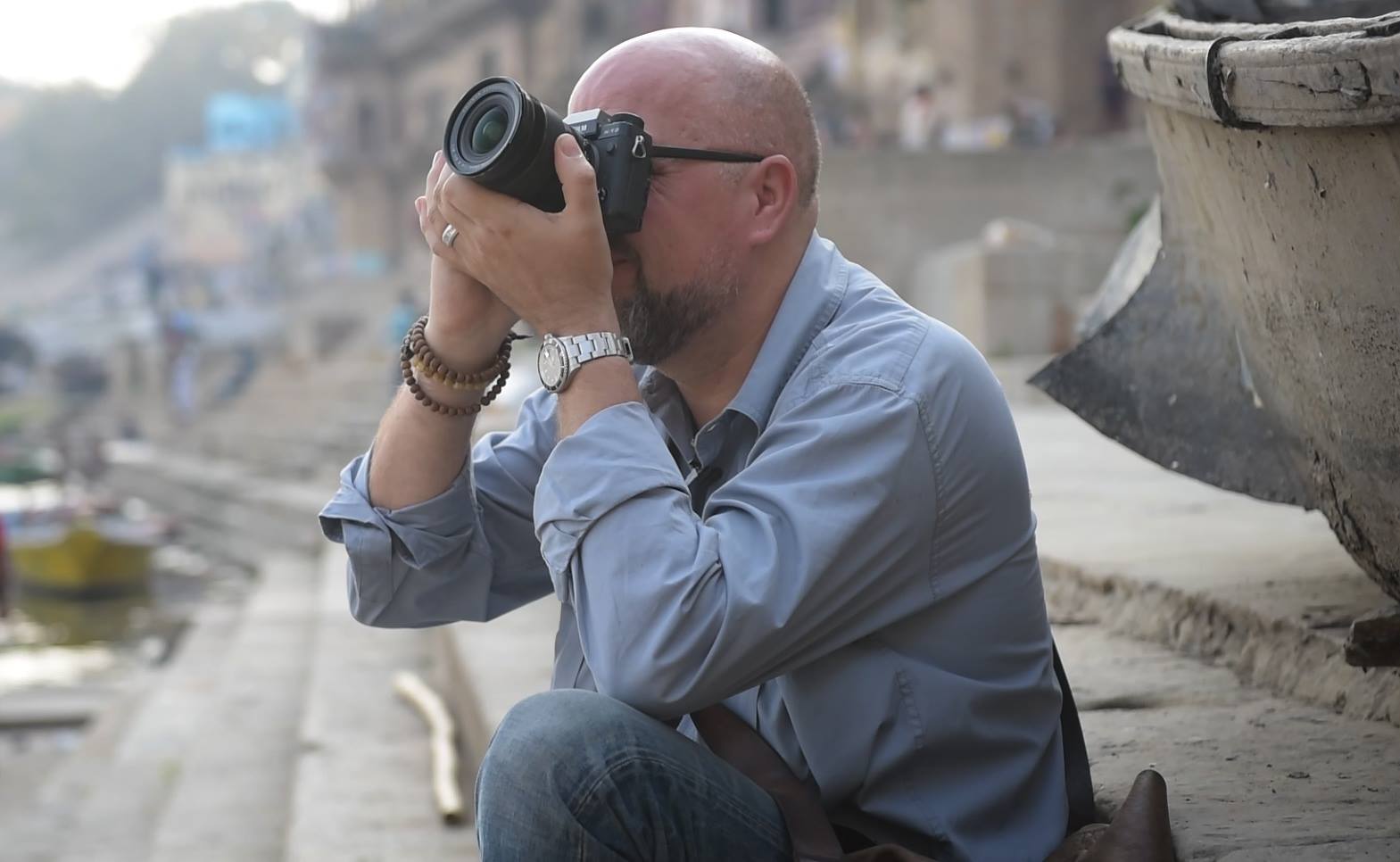 (A Labour-Day Weekend Rant for you, with apologies to those who cringe when I cuss.)

Last time I was in Venice I saw a camera-ladened photographer, a huge tripod slung over his shoulder, turn to a friend and gesture to the crowds of people happily making photographs with their mobile phones, as he sneered, “now everybody thinks they’re a f*cking photographer.”

It’s true. With more cameras in the world than ever before, and most of those in mobile phones, many of us don’t go anywhere without one. More than ever our lives are recorded. We’re cranking out, and sharing, photographs at a rate that would make George Eastman twitch. We are, certainly, the most photographed, and the most photographing, generation ever.

Why the photographer struggling under all his gear in Venice is so bent out of shape about it is anyone’s guess. Perhaps his cappuccino made him gassy and bloated. But it’s likely this: when he bought his first camera there was a mystique to the archetype of the traveling photographer, already well-worn and covered in dust from foreign lands. He probably scrimped and saved for that first camera, and it took him a long time to master his craft. The word “photographer” conjured something for him. Something important. It was a badge of honour. A trophy. And it probably became a golden calf.

None of us likes to see our golden calf trampled by the masses. Of course, that’s not really what’s happening, but it’s how these particular photographers see the mass-adoption of the craft that once made them so special and self-important. Like pearls before the swine, they think, which is of course ridiculous because the very democratic nature of this craft that is causing such mass-adoption is what allowed them entry too.

They cringe because it’s not about photography to them. It’s about them. It’s about ego. And that’s a shame because one of the gifts of this craft is the opening of our eyes to a world that is so much bigger than ourselves. The gift of photography, and that we can – yes, all of us – be photographers, is that it is a way of seeing the world and being more alive in the world and the more of us that have our eyes open, the better.

When the words, “everyone is a photographer!” are muttered we show our true cards. We reveal first that we believe the very word “photographer” has intrinsic merit. We believe, mistakenly, that it implies something precious, not unlike our use of the word “artist.” For the record, I think our use of the word “artist” has become too precious as well. We say it with misplaced reverence. To be an artist simply means we make art. Some of it will be good, some will be garbage, and many will be the arguments about which is which. Oddly, the photographers who would never deign to call themselves “artists” for fear of being called out as a snob, will happily exclude others from their ranks as “a photographer.” It’s time to call this what it is: elitism, snobbery, and small-heartedness.

More worryingly, when we bemoan the new reality, that so many people are in fact becoming photographers, we show an unwillingness to share the thing that has given us such pleasure.

Photography is a means of interacting.

It is a means of flexing our much needed creativity.

It’s a means of holding time still and cherishing our moments in a way we might not otherwise do.

It’s a way of asking questions and seeking and honouring beauty.

It can be a way of challenging our assumptions and discovering worlds beyond what we previously knew.

Photography has made my life richer.

It has given me tremendous freedom.

It has allowed this introverted kid to emerge from a shell I might have been trapped in forever.

And yes, it’s given me over the last dozen years or so, a means by which I make a living.

All of these are gifts I cherish. And I fear for the kid in Piazza San Marco who overhears the petty comments of the fearful and the jealous and puts his camera away, cutting himself off from such gifts just because some guy carries a large tripod to compensate for his small…heart, and can’t stand to share a pie he believes ought to be his alone. Why?

Because he got there first?

Because his camera is bigger or better?

Because his credit card has a larger limit or he’s read more articles on PetaPixel and knows what an anti-aliasing filter is or how to spell “Fibonacci” without Googling it as I just had to?

On behalf of every kid, young or old, who picks up the camera for the first time and finds in it joy and wonder and experiences the thrill of making their first photographs, no matter how bad they are, to hell with your judgements and elitism.

The rest of us love being photographers, some still very wet behind the ears, some making their first print sales, some walking a little bit terrified into their first gig and wondering if they can pull it off, some just doing it to see what the world looks like when photographed, even after all these years. Remember what that felt like? We do. And there’s room in that wonder for all of us.

To all of you who still chase the magic, keep going. Keep learning, playing, chasing the wonder and the magic. Remember there’s a vast difference between exposing your film or your sensor, and exposing your souls, and that those who do the former without doing the later, won’t – no matter what they call themselves – experience the freedom and joy of this craft that way you do.

Everyone is a f*cking photographer?

And it’s about f*cking time.

For the Love of the Photograph (and those who make them!).
David.