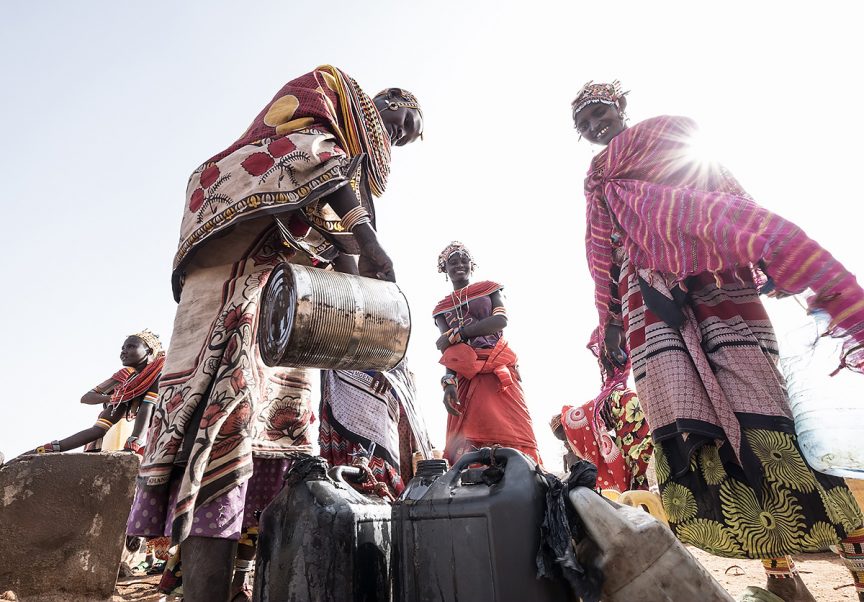 I started this craft innocently enough—purchasing on a whim a Voigtlander rangefinder with a fixed 35mm lens when I was 14—but by the time I was 16 years old, I was hooked and desperate for something with a few more options. I wanted “a real camera.”

I have no idea where I thought my mother would get the money for the brand-new SLR I wanted and kept dropping hints about for Christmas, but in the end, I got something better: a very used Pentax Spotmatic that came with no options at all. I couldn’t kill it if I tried; the one time I managed to knock the shutter off its rails, I fixed it with a Swiss Army Knife. The camera was from a colleague of my mother’s and had belonged to her recently deceased father. It came in a musty old leather bag that I adored, a Linhoff tripod that would pinch my fingers every time I closed it, and best of all: a huge stack of PhotoLife and Leica magazines over which I pored for years afterward.

Those magazines were a rich source of inspiration. I would look at those images and think of the possibilities. “What would it take to make photographs like that?”, I wondered.

This came back to me recently when I was asked if I could help a more novice photographer learn to study photographs. In response to my suggestion that she study the masters, she asked me how. How do you study the photographs of others to learn from them?

I would look at the provided settings in my PhotoLife and Leica magazines but quickly got frustrated with the partial story they told. Settings tell you about ISO, aperture, and shutter. They tell you about focal length. But they don’t tell you why the decisions were made and whether that combination of ISO/shutter speed/aperture was how the camera metered the scene or if the photographer had intentionally underexposed by four stops to punch colours and expose only for the highlights. They don’t tell you anything about every other choice involving (among other things) composition, perspective, or the choice of one moment over another.

When you look at a photograph made by another person, there will always be things about which you can only guess. It’s often an exercise in using your imagination, but that doesn’t make it impossible or unimportant. You do not need to be certain of your guesses in order to learn from the exercise. It’s not a puzzle to be solved, but a skill to be learned: specifically, the skill of considering possibilities. If you can do it when looking at the pictures of another photographer, you can do it with the camera to your eye when making your own photographs.

So how do you study the photographs of another in order to improve your own craft and creative thinking? How do you learn to recognize the possibilities? I’d like to take this issue of The Contact Sheet (and the next one) to explore this question.

The first step is to respond to the image itself. To listen to it. Feel it. Take it in without jumping to judgment.

If it was a poem you were studying (and there are many similarities), you’d probably re-read it a couple of times so the subtleties had a chance to emerge. This also seems a good approach with photographs.

You’ve got to experience the image before you can evaluate it. Our first quick reading is often too “blunt” to be trusted. I see this from younger photographers who often quickly assert a desire for something to be removed because “it’s distracting” when it is in fact that very thing that makes the image so powerful (if not also more complex). You can’t know an element distracts if you don’t take the time to really understand what the photograph is about and what the photographer might have been trying to say.

Spend some time with the image. Be suspicious of your first reactions.

Novice photographers (and we’re all more novice than someone else, and never beyond learning) who react to a photograph with “I would have done it differently” miss the chance to learn from this more useful question: “I wonder why that much more seasoned photographer made that particular choice?” It doesn’t mean you have to do it that way, but if your way was already working so well, you wouldn’t have something to learn.
Before you move on to interacting with the photograph on a cerebral how-was-it-made kind of level, I think it’s important to engage with it more personally. Here are the questions that might make that engagement a little deeper and more helpful when you get to the more critical questions (to be discussed in the next issue of The Contact Sheet)

What does this photograph make me feel or think?  What emotions does it stir for me?

You don’t have to like it, but what does it make you feel? Where does your eye go? What does it remind you of? What memories does it conjure? What story does it tell, if any?

You might not know the answers. But you can speculate. You can guess. And if the answer to the first question about what kind of emotions are stirred by the image is “none,” then before you move on too quickly to study an image that does stir you in some way, maybe ask, “Why not?” What’s missing for you, and what might you be missing?

“What am I missing?” is the kind of question the truly open-minded ask.

I’ve often looked at a celebrated image that I know is meant to be a work of excellence and thought, “Huh. Really?” I feel this about Ansel Adams’ Moonrise, Hernandez, New Mexico (gasp!). In part, I think we just have to acknowledge that past masters like Adams did important things with photography during their day, and the tradition inhabited by our craft has since moved on, built on the work done by people like Adams, but now surpassing that work in many ways. Art moves forward; that’s how it goes. But it’s in asking “What am I missing?” that nudges me to take a second or third look, to see the lick of light on the tombstones, and think, “Oh, I see what you did there, Ansel.” I may not love it the way others do, but I can still listen and appreciate.

And in the case of Moonrise, it might just be that experiencing the image second hand (as we always do when not looking at the image to scale or in the best circumstances) might be to blame. Maybe it just needs to be seen large.

There are probably other reasons, too. Maybe I’m just not ready for it. Maybe, especially as a more novice photographer, I just need to understand my craft (and the history of my craft) a little more. Maybe there’s a chance here to refine my tastes and expand my ideas about what makes a photograph “good” or “compelling” to me.

Before you move on to a more critical reading of an image, give it time to settle in with you. You’ve got to ask, “What did the photographer accomplish with this image?” before asking, “How did they do it?”

There’s so much to consider. So many things we can miss. And only once we can look at a photograph and identify how it makes us feel or think can we turn our minds to the questions of technique, composition, or other creative choices that cause us to think or feel those things. How was the photograph in front of us made so that it conjures those emotions and thoughts? That was the question (really more like a series of questions) I set out to discuss in this article, but the more I wrote, the further away those later questions became, displaced by the need to first listen—truly, patiently—and to consider the effect of the beautiful whole before attending to its specific parts and the decisions of the photographer who assembled them into the image before you.

Comments? Questions? Just want to say hello? I’d love to hear from you!