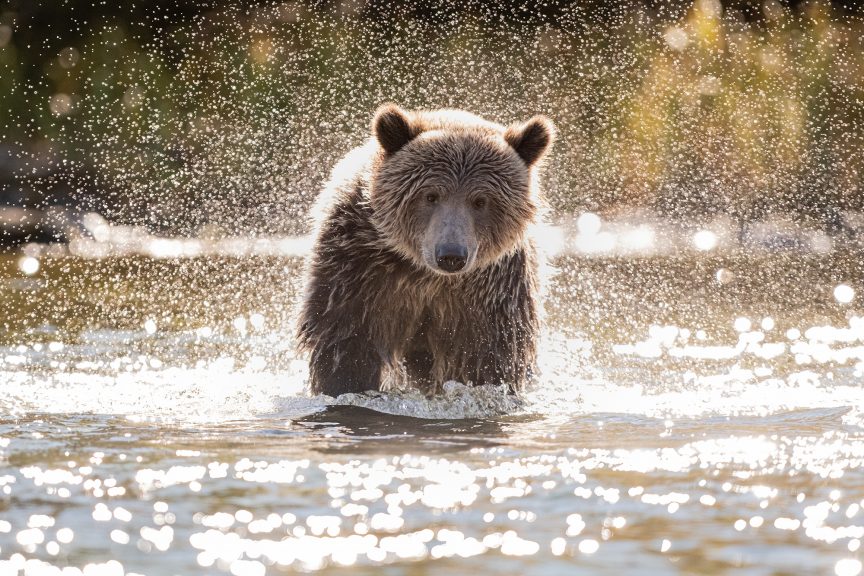 Do you ever hear yourself say something and immediately wish you could take it back? It’s like words are coming out of your mouth and you’re only seeing them for the first time and you think, “wait! I didn’t mean that!” It happened to me the other day.

A friend and I were on a small plane heading home from a week among grizzly bears in the northern interior of British Columbia and we were talking about the photographs we had made, particularly the ones we were really excited about, and how many frames it had taken us to get there, when I heard myself say it was an awfully high “failure fate.”

Failure rate? What a terrible way to think about making photographs.

I don’t even think this way, the words—common in some photography circles—just came out of my mouth, bypassing the more thoughtful part of me. I immediately took another pass at what I was trying to say: it took a lot more sketch images than usual to get to the images I was coming home with. But failure? Not a chance.

There are many reasons it might take you 1000 frames to make one photograph you love. It could be you need to shake the dust off a little, and during the pandemic I’ve not been making many photographs at all, so that could be part of it for me. It could be that you’re taking more risks, trying new things, adjusting to new gear. And it could be that what you’re photographing is very dynamic and requires a few more frames per second to give you a fighting chance at the very best fast-moving moments. All of these were true for me. And then there was this: I was just so excited to be out on the water, with my best friend and some beautiful bears, that I got a little punch drunk. I was, in other words, having a blast.

And I was learning. Many of my best photographs, and certainly the most magical moments, last month, happened in really high contrast light, and I was working out the best way to capture both the moments and the light with the gear I had. So in light of this, it feels like looking at my 11,000 frames made over 8 days of photograph in terms of failure rates, or even keeper rates, misses the point.

Learning, if we choose to do so from the shots that don’t do what we hoped they would, is never failure.

Taking risks with creativity and having a willingness to just see what happens when we try something new, those are not failures, either.

Nor is pressing the shutter because it brings you joy to be out there or because using the camera makes you feel more alive, more aware, and more part of the scene in which you’re immersed.

Failure rate? Keeper rate? That we even speak (and think) in these terms implies that a lower ratio is better than a higher ratio. It implies that as we grow in our craft we should see more successful images come from fewer attempts to get it right. I’ve not found this to be the case and I thought it might be encouraging for you to hear that the more I master this craft and explore my creativity, the fewer final images I get from the many, many sketch-frames that I make, and I see that as a good sign.

More sketch frames, which is what I call the images that on their own might not be viewed as a success but are needed to get me to the better photographs, means I’m taking risks. They mean I’m trying new things, and that usually means I’m learning. It also means I’m getting harder to satisfy. I’m less easily pleased, more demanding of myself, less willing to compromise. My increasing so-called failure rate means my tastes are getting more refined. I’m getting pickier.

These are all encouraging signs of growth in my craft, and I’m wondering if it’s the same for you and if perhaps a shift in how we think and speak of these things might give you just a little more creative freedom and leave us all a little more room for the joy we find in this craft.

As you read this I should be flying home from a week photographing polar bears in northern Manitoba. No doubt I’m coming home with a hard drive full of images – some better than others, but all of them important in some way. I can’t wait to share them with you. I haven’t had time to make a monograph of my recent work, but I’m hoping the polar bears and a lighter schedule over the next 2 weeks give me something to send you in the next Contact Sheet, which I’ll be sending on November 21. In the mean time, here are three of my favourite images from my time with the grizzly bears last month.

As always I welcome your questions and thoughts, even if you’re just dropping by to say hello. It’s so, so good to be back behind my cameras again. Thanks for being part of that.