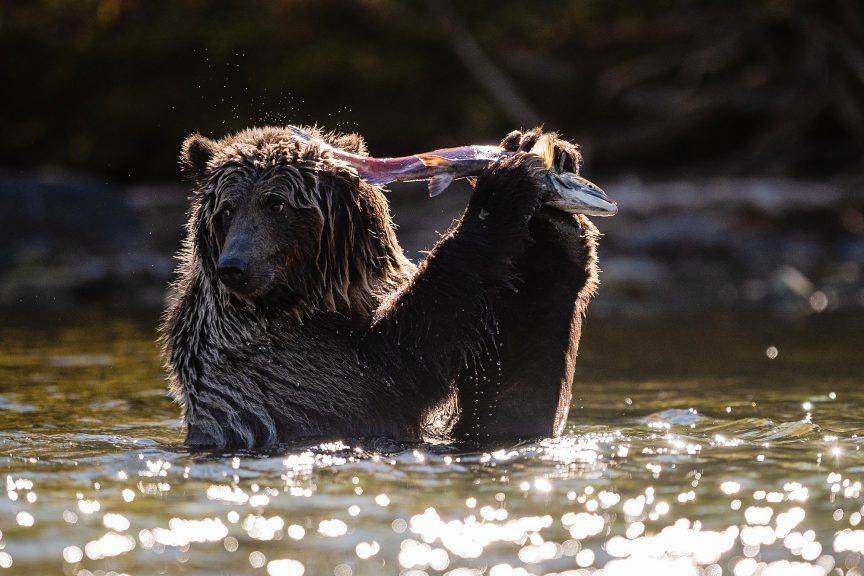 The danger of sound bites is that they lack nuance, and they sometimes come back to bite you in the ass. A dozen years ago, I coined the phrase, “Gear is Good, Vision is Better.” Some of you were around when I sent that out into the world. Some of you started reading my words because I wrote it. It was a mantra of sorts, and I’ve tried with varying levels of success to live up to it, and to let it give me focus.

Once in a while, I write something that touches somewhat gently on the topic of gear. I mostly dance around it. I try to be a voice of reason in an industry that makes its money from a continuous cycle of upgrades and the promises that the latest batch of gear will do what the last batch could never do. I try to find the middle path in a subculture that often puts more energy into arguing about gear or its importance in the picture-making process than it does into creative ways to explore the collaboration between the human and the mechanical.

It has taken me a dozen years to realize that it’s not vision, per se, that I care about, though it’s important. And it’s not the camera, though I like cameras very much. It’s you.

It’s the human experience of picture-making. The whole thing. It’s the way we use our cameras (and why) that fascinates me. It’s how we see the world with those cameras and—often—how we see the world because of those same cameras. I am much more interested in finding words that will give you the freedom to explore those hidden corners rather than the well-trod avenues of endless gear reviews and the kind of this-not-that thinking that turns those avenues into ruts of stagnant thoughts.

So I’d like to offer what might be a very unexpected update to my mantra: gear is not just good, it’s miraculous. What it allows us to do, or helps us to do, is nothing short of alchemy.

The buttons, the dials, the optics, the film or the sensor: our tools. Light and time, our raw materials. Our tools allow us to write with light! That should make us stare at our little black boxes of plastic and glass with awe and wonder.

So no one was more surprised than I was when I recently switched camera systems. It was a move I didn’t anticipate, and one I’m a little embarrassed to even talk about because for a couple of weeks that new gear made me happier than I should ever confess to people who might mistakenly believe I’m only and always about vision. Maybe it’s good that you know that underneath the whole artsy-fartsy poet-warrior exterior, there’s also still a kid who is mesmerized by the gear.

I made the change (replacing Fujifilm with Sony, to my shock) because my old gear was no longer doing what my new work requires, and what it was doing it was not doing as well.

It’s not like my Fujifilm gear changed, but I have, and so has my photography.

My work is becoming more enmeshed with wilderness and wildlife, and I found that I need the longer, faster lenses that Sony offers and Fujifilm does not. I need cameras that focus faster and more reliably; while my Fujifilm cameras worked great on the streets, they were missing far too many shots of faster subjects. And I need bigger sensors—not necessarily full-frame, but the flexibility of larger image sizes is nice as I move to selling more prints.

So, taking my own advice about choosing the best tool for the job (and despite the fact that I’ve never really warmed to Sony as a brand), I switched systems entirely—and the “gear is good, vision is better” guy found himself giggling on the shores of Hudson Bay recently because he was making photographs he just couldn’t have made previously. My focus was locking on fast-moving animals (finally!). I wasn’t missing shots. I was using focal lengths (1200mm!) previously unavailable to me. And I was thrilled at what this change in tools made possible.

Unexpectedly, I was also more excited to make photographs than I had been in a very long time. I was learning new things. I was curious. I was less frustrated with my results. At times, I was giddy.

I haven’t usually needed new gear to experience that; most often it’s the images themselves that make me so happy, but this time it gave me joy, which has been conspicuously harder to find the last two years. That’s worth something. In fact anything that puts a camera into your hand and a smile on your face these days—and gets you photographing in a time many of us aren’t real sure when we last made a photograph (or smiled)—is a good thing.

My New Year’s wish for you is that you’ll do whatever it takes to keep putting the camera to your eye or to pick up the camera again—to be playful and look at the world in different ways. And if that takes a new piece of gear, then I hope you can enjoy that the same way a musician might find delight in playing a new guitar: it won’t make them a better musician, but it might allow them to make a different kind of music. It might blow the dust off and make things fun again.

Maybe it’s not the gear as much as it is the process, and this is the year to put some film in that old 35mm camera or learn to use the traditional darkroom. Or maybe it’s putting yourself in front of different things. And maybe it’s doing more with the images you make and extending your creativity beyond the camera.

When was the last time you put your work into a book, made a slideshow, or updated your website and showed the world what it looks like through your eyes? Whatever it takes to find that curiosity and joy again, do it. Go all in.

I’m flying to Kenya in a couple of days (nervously, to be sure), but I think it’s going to be a while before I travel internationally the way I once did. Maybe I’ll never return to it in the same way, and I wonder how many of you are feeling similarly. But I can travel locally, and the lessons I’ve learned over the last 20 years of intense world travel can be applied as easily to exploring Vancouver Island and British Columbia as to the back alleys of India. So that’s what I plan to do in 2022.

I’m not just seeing the world differently; I’m seeing myself differently. I’m seeing new possibilities. If that’s what you need in 2022, I wish that for you as well. Maybe it’s time to shake things up. Maybe it’s time to create a body of work that’s different from anything you’ve done before. To be a different kind of photographer than the one you’ve become so comfortable with. Maybe the way to make more photographs in 2022, if your options have to remain limited due to the pandemic, is to make different photographs. I have a feeling it is for me.

PS – I’ve had a couple people ask me, specifically, which gear I am now using. I tried to avoid this because I’m so nervous about having these discussions without the nuance needed to parse out particular decisions, etc., but for the curious: my gear now includes 2 Sony a1 bodies, a 16-35/2.8, 100-400mm, and 600/4.0 plus 2x and 1.4x teleconverters. This will also eventually include a 14mm lens for underwater work, and possibly something along the lines of a 24-105 lens for travel. This replaces all my Fuji gear, as well as all my Nikon gear that I was using for underwater work.