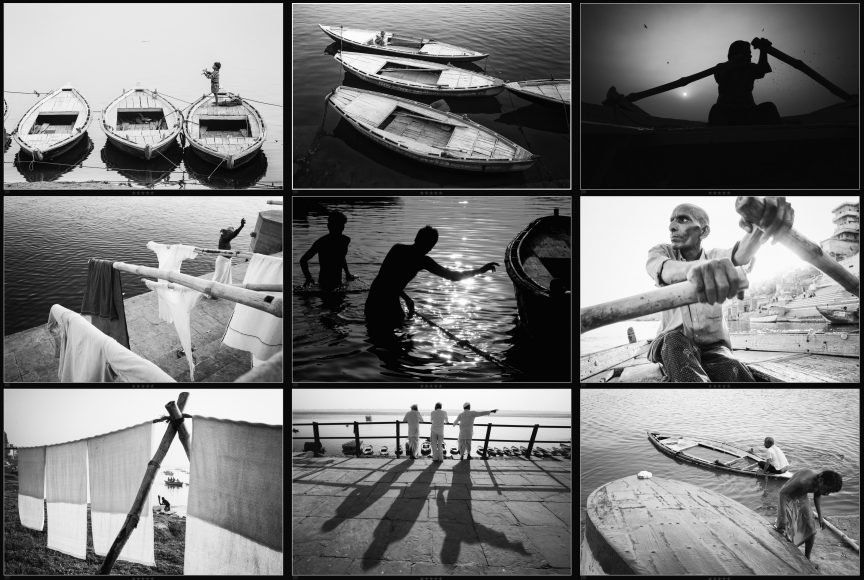 The enigmatic Cat in the Hat once told us that “there is no one alive who is you-er than you.” The less fictional Miles Davis reminds us (as I tried to do two weeks ago in this article) that this is true but that it takes some time to arrive at, that it can take a long time to play, or—as a photographer—to shoot like yourself.

But how? Personal projects, or photographing in series or bodies of work, can help you get to be the kind of photographer who “shoots like yourself” in a more focused way than any other approach I’ve ever come across. Sure, no one is you-er than you, but does it show in your work? Whether it does or not is a result of the choices you make, and I believe bodies of work help you get there.

A body of work is more than a single image. And it’s more than just a collection of single images, which for many photographers is often just a compilation of greatest hits more than it is a cohesive set of images intended to say (or explore) something specific.

A body of work is not “here are the 24 best images I made last year,” so much as it is “here are 24 photographs about circus clowns (or, you know, whatever).”

A body of work hangs on a theme or an idea. It has a through-line, and it does in multiple images what one image can’t. It says more. And over time, these bodies of work become part of the photographer’s voice. They are a way to help discover that voice and a way that voice gets expressed.

Shifting your focus from making single images—which is necessary in the beginning as you learn your craft—to making bodies of work instead is a huge step forward for most photographers.

It was for me. It changed everything for me and is one of those milestones I look back on and see as a turning point.

The pursuit of bodies of work forces us to be more intentional and less purely reactive; it allows us to take more time and become more thoughtful. Bodies of work allow us to see more and to say more. If the single image is a great lyric, a body of work is the whole song, or even a great album. It’s a bigger experience.

Bodies of work force us to go deeper and allow us to make the kind of photographs that can only be made from that depth of familiarity with our subject. That depth gives us more to say about a subject and the kind of knowledge that allows us to approach the subject more creatively to make not only a strong series, but stronger single images.

Learning to make bodies of work will help you learn to “shoot like yourself.”

To give you some inspiration and a sense of what I mean, I want to introduce you to three photographers who create bodies of work or who work in series really well. Because of this longer exploration of ideas and themes, these photographers have created work that is distinctly their own. Out of this commitment to series, work has emerged not only stunning single images but visual voices that are uniquely their own.

Valda Bailey is an English photographer who works in the abstract and the expressive. I find her work deeply moving, and I want to suggest you look at and respond to this series called Lakeside ( shown above). The through-line is clear; it contains only nine images, but look how well they work together to express that one simple idea. She doesn’t hit the same note over and over but instead creates a rhythm.

Valda’s series Blossom Blizzard does this as well. A clear theme is expressed better in eight images than it could ever be in just one. And all of her work has a cohesive aesthetic. Even just the way Valda uses colour has a harmony to it; these are intentional decisions and give Valda what we would recognize as her voice. (Updated: between writing this and posting it, Valda’s website is being updated. You can find her portfolios here but specific links above might not work.)

Sam Abell is an American photographer whose work has appeared frequently in National Geographic. There’s a good chance you already know his work, though you might not know his name. In Sam’s context, a body of work is called a photo essay. It’s a series, but it has more than just a thematic through-line; it includes a narrative thread as well. Take a look at his galleries to get a sense of how all of his series have a similar (but not identical) aesthetic or look. Specifically, take a look at his Newfoundland series.

Like all the photographers who work for the famous yellow rectangle, Sam doesn’t just show up to a place and make a few images. He lingers. He gets to know the place. He doesn’t think only in single images but in how they can all work together. This approach forces him to make more choices than single-image work does, and in the end—while his series do work together really well—his single images are also stronger for it.

Edward Burtynsky is a great example of a photographer whose voice is recognizable in both what he says photographically and how he says it. He has a voice you can’t mistake for anyone else. Burtynsky photographs industrial landscapes—the hand of man on the environment. He’s photographed salt pans in India, quarries in Italy, massive log booms in Canada, and ship breaking yards in Bangladesh, among many other subjects. All his work hangs on this one larger theme, and within that, on smaller themes like Water, Oil, or Quarries. And all of it is staggeringly beautiful.

Look at a handful of Burtynsky prints, and you’ll learn to recognize his work anywhere. His use of pattern, scale, and colour has a harmony to it that’s impossible to miss. See more of Burtysnky’s work on his website here or in any of his extraordinary books.

Having your work recognized is not the point. The point is making stronger photographs because you’ve chosen to go deeper on fewer subjects and to make intentional choices about what is and isn’t “you.”

As a photographer, there’s a time to be all over the map, but eventually, you will benefit from making stronger choices about what “shooting like yourself” really means. And though it may sound like it, this isn’t creatively confining—quite the opposite, in fact. The freedom that comes from working within the constraints of a personal project is extraordinary. Knowing what is and isn’t “your jam,” as they say, is liberating. Challenging, too, but that’s where flow has always come. That’s where creative people have always done their best work.

One of the highest compliments I think any photographer can receive is, “I knew that photograph was yours the moment I saw it, even before I saw your name.” That’s when you know you’re shooting like yourself.

That’s when you know you’ve found your voice. Although, for me, this isn’t something I found or “discovered,” but the result of work in which I made choices that increasingly felt like me. I believe that voice is chosen, and committing to shooting bodies of work has made me clearer about which subjects fit me and which do not, and it made me much more aware of my visual tastes and preferences.

What do you think? Have you noticed how some photographers work in series to explore a theme, story, or idea? Do you have a favourite photographer whose work is so “them” that it consistently stands out as theirs? Have you tried working in series and found that your work gets better and more “you”? I’d love to hear from you in the comments below.