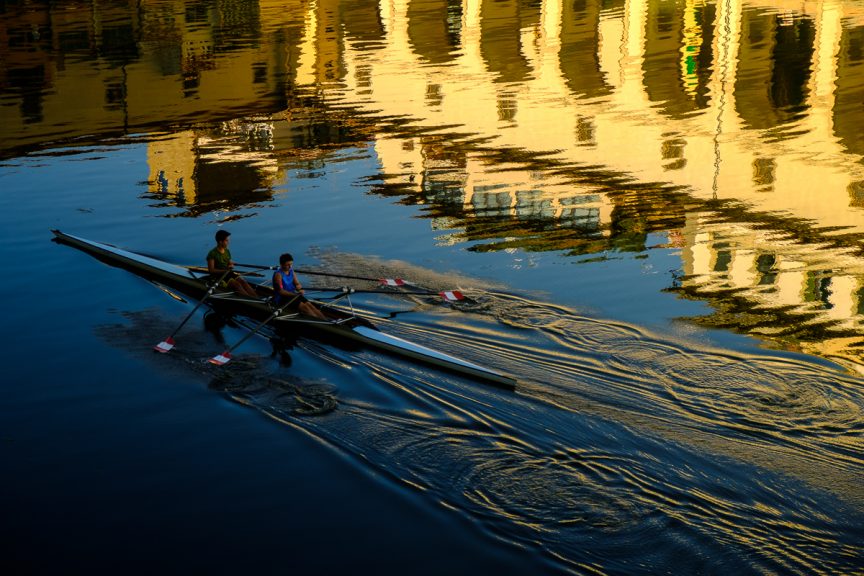 I’m tired. Not like the “I need a nap” kind of tired, but the kind of tired that goes into your soul and slows your thinking and makes you dread the things you were so excited to put on the calendar only a few months ago. The kind of tired that feels like the first signs of burning out. And I know I’m not alone. The risk of burn-out is common to creative people because we tend to live through cycles of low productivity and incubation followed by massive productivity. We work when the work comes and we crank it up to 11 when the inspiration strikes and the flow is happening. We make hay, as they say, when the sun shines, and some times the sun shines for more hours in a day than we have energy for.

So I asked on Instagram for some ideas about my next couple episodes, and Lola asked me how I keep from burning out, it seemed like a good time to ask myself the same question. How do I keep from burning out? God knows I’ve been close enough. I’m there right now. But I’ve been making a living exclusively from my creativity – with the exception of a brief stint at Kentucky Fried Chicken (let us never speak of this again!) – all my adult life. And I know that burnout or creative exhaustion creeps up on you. And when it does it flattens you.

Here’s how I look at burn-out. We all only have so much fuel, creatively. And that fuel burns at different rates depending on a lot of things: how tightly we schedule ourselves, how much we love the work we’re doing, both in terms of the process and what we’re actually creating, and how much fuel we’ve actually got on hand. The fuel itself is a personal blend of all kinds of things including how many ideas we’ve got going in the background, where we’re at emotionally, and our physical well-being. It’s probably other things too; we’re all different. But here’s what I know: if I don’t control the burn, I end up with this bright hot flame and then phhhht! Nothing.  And if that happens it’s much harder to get the fire going.

So how do I control the burn? How do I keep things burning at a desired level without flaming out? Well, I don’t always. Right now’s a good example of that. I got home from my last set of workshops that came at the end of an insane several months of travel and new projects that took a ton of my time but even more of my emotional energy and I’m now looking at my fuel reserves and they’re dangerously low. So the first thing I do is protect myself. I start saying no to everything that is not a high priority or will not help re-fuel me. That’s not easy. But you have to say no. That’s the way you avoid burn out. I should have said No to some things sooner but you don’t always know. Sometimes you do your best, things are going well and you plan into the future and let “future you” deal with it, only to get there and find out, “Shit. I’m future me! And I just don’t have the resources I thought I would.”

Saying no, learning to get good at triage thinking, is really important. And if you don’t like saying No, think of it as saying Yes to more important things. You have to start saying NO. That’s the simplest answer to the question. But most of us need to back it up a bit in order to know what we need to say No to and you can only answer that by knowing what you want out of life and what’s truly important to you. And yes, there’s a real balancing act in there and most of us suck at balance but you need to be able to say, “This is important and in order to say yes to this I need to say no to other things.”

I get a lot of things done. I’m extremely productive. But it only happens by being a little ruthless with not doing other things. And once in a while I take on too much and I need to dial it back. Simple as that. If you don’t dial it back you burn out.

But you also need to keep the fuel coming in. It’s really important to me to keep new ideas coming in, so I’ve always got 2 or 3 books on the go (reading, not writing). I read for about an hour a day because without reading something new, without wrestling with new ideas, either about creativity or art or being an entrepreneur, I have nothing to work with. Those are my raw materials and if they run out, it’s the same as burning out. I just run out of fuel. My most productive times are long slow burns with one or maybe two important things going on on the front burner, one or two important things on the back burner on a simmer, and a constant supply of new ideas – mostly from books and from conversations with friends.

Here are a few other things I think are important, at least to me.

Burn out happens way faster for me when I compare myself with others. So if I’m working hard on my own projects I consume very little social media. When I’m working on new stuff it’s all about the stuff and not about other people. I don’t want to be influenced, the time for influence was before I was doing the work. And if I’m getting distracted by Facebook or Instagram or whatever, I’m not doing my best work. I’m not doing deep work.

I also get way closer to burn out when I don’t take time to eat well or to get some exercise. The brain is a physical thing and it works best when it’s healthy and has lots of water and oxygen and I’m terrible at this stuff but I can tell you if I’m struggling the best thing I can do is go for a walk. Go outside. Breathe some air. Move my body. Or take some time off, turn off the phone, open a bottle of wine and do something else completely. The answer is almost never just to stop what I’m doing and go on vacation. Doing nothing at all stresses me out. This isn’t workaholism, I just love what I do and my brain needs to chew on things or it goes mushy.

Ok, so what do you do if  you have already burned out? Get more fuel and light the fire. Creativity only happens when we get back to work. So look, if you’re a photographer and you burned out, and you took some time off, and you know it’s time to get back to work and you have no idea where to start, it’s not where you start that matters. It’s when. Start anywhere. But start now. if you wait for inspiration to strike you’ll wait a long, long time. Inspiration strikes when we start working. The magic is in picking up the camera and starting.

It’s the same with writing. Most of the time when I’m writing I hit a wall. I don’t think I can write another word. So I take some time to refuel, and I still have no frigging idea what I’ll write but I start. And I start ugly. And the first stuff is garbage, but as i write I find a groove and I start. That’s how it works. And it’s the same with the camera or the paint brush or whatever your particular tool is. You start working. You start ugly, and slowly the muse shows up and things begin to flow.

And in the in-between time: do something different. Mix it up. Try something you’ve never done before. If you normally zig then do some serious zagging for a bit. Don’t take yourself too seriously. Go have a bottle of wine, take a week to pick up the guitar again or learn to draw. Give your brain a break. Ultimately I think burn out is about pacing, not about how much we do. Some of my best times have been insanely productive and I haven’t been close to creative exhaustion or burn out. In fact I think its entirely possible to get totally burned out without accomplishing much at all, like a 4-year old that just runs around the living room on one of those red-line sugar highs and then collapses, we’re busy, busy, busy just spinning our wheels so next week I’m going to talk about getting more done, being more productive, and these two ideas can balance each other out.

This is a transcript from Vision Is Better, Episode 73. If you’d rather listen to it as an Mp3 file you can download that here, and if you’d rather watch the episode on YouTube, you can so that here.