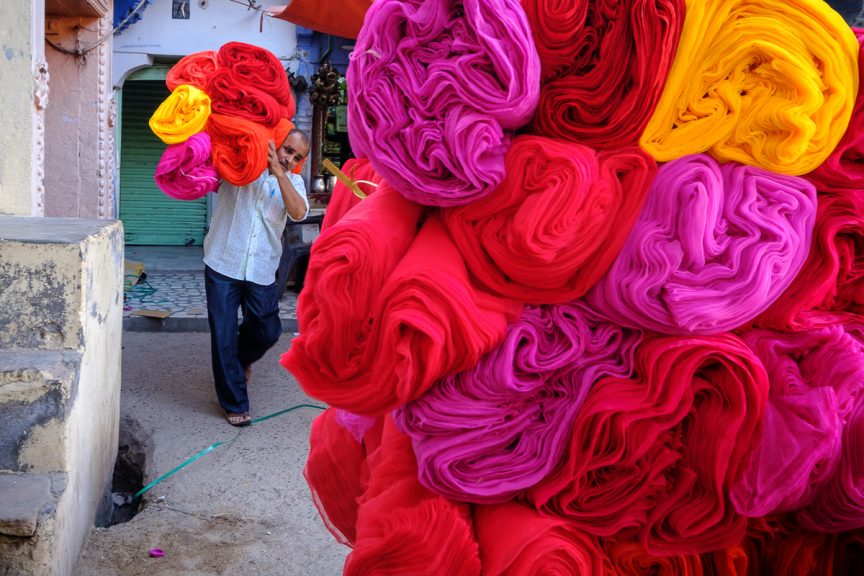 Have you ever felt like you’re insanely busy but not actually accomplishing anything? Like you’re frantically doing stuff but never getting stuff done? Being creative, no matter what the discipline or genre means making things, it means creating, and to do that – whether it’s one photograph or a significant body of work, never mind all the things we need to do to run our businesses and live our lives, we’ve got to get shit done. Let’s talk about it.

If you’d rather watch this on YouTube, it’s Episode 74 of Vision Is Better. More of an audio person? You can download or listen to the Mp3 file here:

In the last post I discussed the danger of burning out and my final observation was that it’s entirely possible to burn out while getting nothing done at, while being busy but not productive. The more I thought about that more true it seems. In fact the more it seems like that’s the fastest way to burn out. And I talked about the power of saying no, and of triage thinking, and I think those things are not only the secret to not burning out, they’re one of the secrets of productivity.

Getting shit done – being productive, not busy – is a big subject. And if you’re going to get shit done you need to get off the YouTube shows and FB and the blogs, so I’m limiting this to my top 5 ideas for being more productive.

Number One
Know what you want. If you’re going to “get shit done” you need to know what shit needs doing. I keep an Evernote file with priorities for the year – the big picture stuff. The stuff you really need to do – the big bodies of work, the projects, the deep work. By the way I get this idea of Deep Work from Cal Newport’s book of the same name – Deep Work. Highly Recommended. Take some time and ask yourself what you want to do in the next year or two. The big stuff. The stuff you want to be known for. The stuff you want to look back on one day and be proud you accomplished. Once you’ve done that, start planning.

Number Two
I told you I keep an Evernote file with priorities for the year but I generally plan the big stuff 2 years out. Why? You’ve got to put the big rocks in first. Have you heard that illustration before? If you’ve got a jar and you need to fill it with both tiny pebbles and big rocks, and you start by putting in the pebbles first, you won’t have enough room to get all the big rocks in. if you put the big rocks in first, then the pebbles fit into the remaining space. It’s about priorities and being willing to put big stuff onto the calendar first, and letting the small stuff fill in the gaps, knowing it can’t work the other way around. Big rocks first. And in order to do that you have to know what those big rocks are for you.  What are the most significant things you need to do this year? How much time will they take? Put them on the calendar now. If I’m doing a big project in December 2018 I put it on the calendar and work backwards. If I want it done by December, and I need a month to do the project then I need to put a month of project time aside in November. Put a big red line through it. And if I need a month of planning time before that, I cross out October too. Big rocks go in first. Always.

Number Three
Get rid of some of the smaller rocks. I know I can’t fit everything in so I do what I can to minimize the small rocks I need to get into the jar. This is what I was talking about in the last episode. Saying no. If it doesn’t serve my bigger vision, put food on the table, or in some way make my life (and the lives of those closest to me) better, then I do what I can to exclude it from my life. Just say no. And if it’s small stuff and you can’t exclude it then BATCH IT. Stop checking Facebook once every ten minutes, instead check it once in the morning and once in the afternoon. Same with email. You’re clearing chunks of time so you can put larger rocks in. This concept is so important to me. I can’t write anything in 10 minute chunks. But put a few of those together, taking out all the little distractions, and give me 1 to 3 hours and I can get some serious work done. Clear out the little rocks by batching them together. Jealously protect your large blocks of time.

Number Four
Stop multitasking. Don’t do it. We all think we can do it, but study after study shows we can’t. We’re terrible at it. If you want to not only get shit done but you want to do it well, you’ve got to focus. I don’t think I need to even explain this. You’ve just got to focus. This goes hand in hand with number three because you need blocks of time to really focus but you’ve got to be single-minded about stuff.

Number Five
On a smaller scale my productivity has gone way up as I’ve transitioned from keeping a TO DO list to just putting stuff – even the smaller tasks – straight on the calendar. Putting it on a list says “do this at some point” putting it on my calendar says “do it now.” I still keep the list because that’s where things go before I put them on the calendar. But if I sit down on Sunday and think about what I need to do in the coming week, the stuff comes off the list and goes onto the calendar. I schedule it. And if it’s too big or too vague to schedule – like “write the next book” would be too big – then I break it down into things I can schedule. if it can’t be scheduled then it’s too big, it’s not actionable, and I break into smaller pieces. So if “write the next book” is too big, then “outline the next book” goes in on Monday, and smaller steps follow. Next week it might be “Write Chapter One.”

Lastly, here’s a bonus: don’t wait until you want to do it. Don’t wait until it seems like fun or you’re in the mood. I get shit done because my rational brain puts actionable bite-size tasks on the calendar in service of getting the big rocks done. If I didn’t do this I’d be constantly looking at a To-Do list thinking, which of these overwhelming tasks do I want to do today? And the answer, as it always is, would be, none of the above!

We all work differently so none of these might apply to you. In that case figure out what does work for you, but this is the best framework I’ve found for myself and it’s worked well over the past 10 years. I’ve written 9 significant books, 20 ebooks, and a handful of other resources while running a business, traveling the world, and leading workshops. I’ve learned to make the most of my time, to do work on planes when I know I’ve got 4 relatively uninterrupted hours or on layovers when I can either groan about being bored for 8 hours or I can get 2 chapters of a book written. I’m not saying it to brag, in fact there are a lot of things I’ve left undone. But if you want to get shit done, however you do it, you’re going to have to make it happen, and that means knowing what you want, getting the big rocks onto the calendar first, getting rid of as many of the smaller rocks as you can, and bringing greater focus and actionability to your creative life.

Got questions, thoughts, or ideas, about this? Leave them in the comments. I’m in Lesotho right now, but I’ll reply the moment I’m back. Now get out of here and go get shit done.