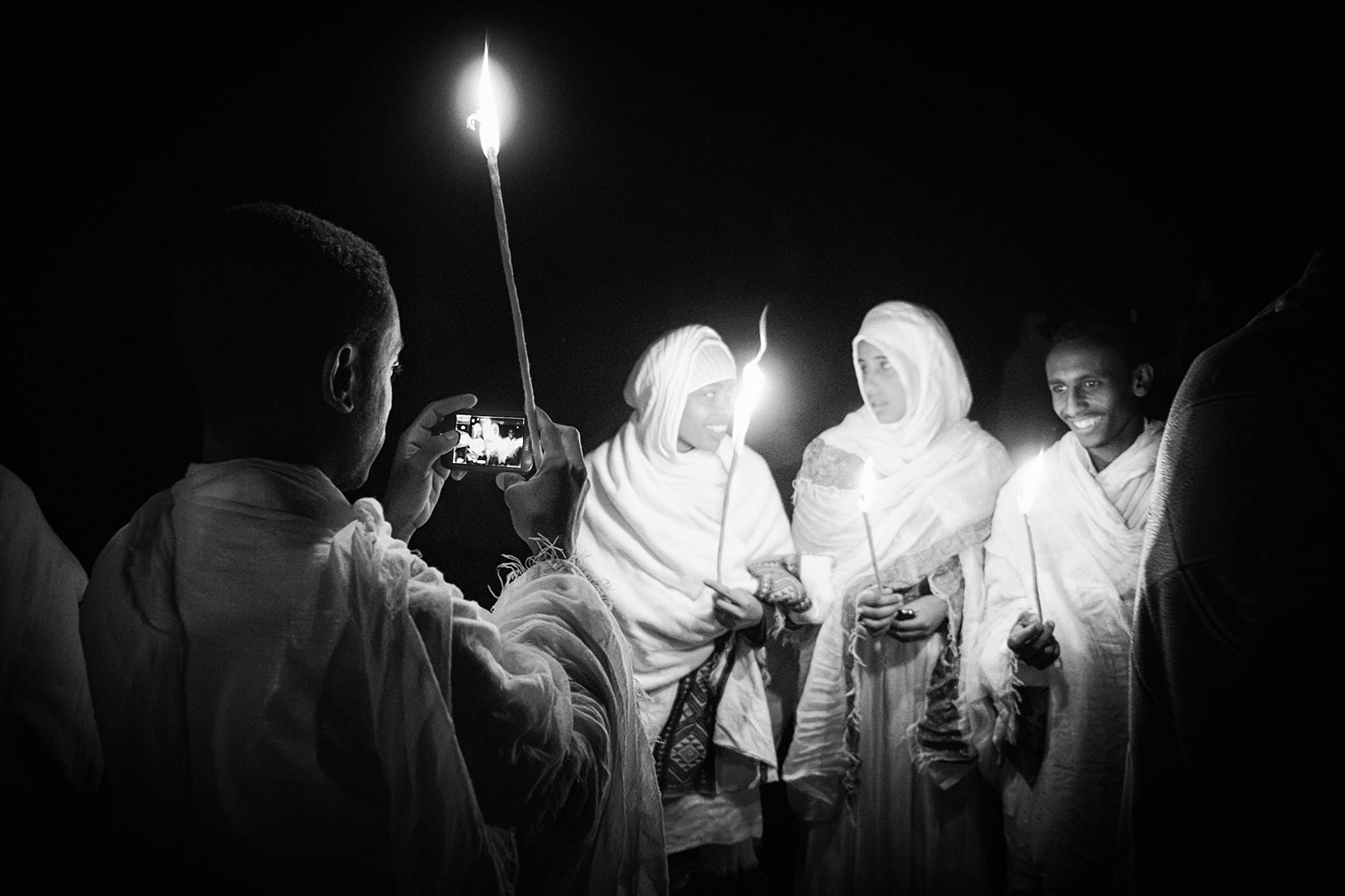 This is a longer one. You might want to grab a cup of coffee. In fact, if you’d rather listen than read, I’ve made an audio version for you and you can download it here. Enjoy.

When I was a kid, I begged my mother to let me take horseback riding lessons. After some tearful pleading (mine, not hers), she finally relented. At my first lesson, I was one of four kids, and my teacher insisted we learn first to pick the crap out of the horse’s hooves. She showed us how to do it, and so enthusiastic were we that we all rushed in with our hoof picks, grabbed one leg each and damn near dropped the poor horse to the ground without a leg to stand on.

Not unrelated (though it will take me a moment or two to tie the threads together), a photographer recently reached out to me about her frustrations with the camera club in which she was a member. She felt like the black sheep; that she and her photographs just didn’t seem to belong. It felt to me like she was relaying that experience in search of some solidarity, and even permission, to allow her membership to lapse and not feel guilty about doing so, both of which I gave her. But in the weeks since that conversation, I have wished that I had answered more fully. So this is my chance to do that—both to her and to anyone who has ever been stung by an insensitive critique, a competition loss, or the frustration of trying to learn in a group what is often best, and sometimes only, learned on our own.

In the 35 years I’ve been practicing this craft, I have somehow managed never to join a camera club; you’d be correct in thinking that this makes me wildly unqualified to write on the matter. I know almost nothing about camera clubs, except that, like the individual humans of whom these clubs are comprised, some are better than others, and some are amazing.

That’s my caveat: this is not about camera clubs. It’s about too many people grabbing at the hooves and leaving us without a leg to stand on.

At some point, most of us will be in a context in which we open ourselves, through our work, to the feedback of others. It might be a camera club; it might not. Maybe it’s online. Sometimes that feedback will be completely unsolicited, often by people who share only this one thing in common with us: they have cameras with which they make photographs and opinions about how this should be done. In other words, they’ve got a hoof pick, and they plan to use it!

Beyond that, those who weigh in on our images and offer feedback might come from different backgrounds and share no common photographic influences with us. It’s likely they want to achieve different things with their photographs than you do with yours, and have different reasons entirely for picking up the camera in the first place. Some have been using their cameras for a very long time; some still routinely forget to take the lens cap off, so new are they at this craft. But still, they rush in to offer advice and opinions. And it is most certain that these complicated and well-meaning people not only have different ideas about what makes a photograph “good,” but they have a powerful will to share that with others: to help; to grab a hoof and start cleaning.

And as they help, they’ll focus on the issues that were (or continue to be) challenging to them: the things they’ve learned or are still learning. In photography, those are likely to be technical concerns: how sharp is the image, how was it exposed, does the composition conform to devices or rules that they understand?

It might be matters of taste: it’s too saturated; it’s not saturated enough.

It might also be gear. Give someone a hammer, and everything is a nail, right? One photographer gets a new flash, and suddenly everyone should be making portraits that are heavily gelled and side-lit. Another learns a new black and white conversion technique, and you find yourself feeling the pressure to make your images look like his, even when your work is about the exploration or celebration of vibrant colour.

In another context—competitions—our work is judged by people rarely as sensitive to what we were trying to accomplish with that work as we are ourselves. I judged a competition recently; it was my first, and it’ll be my last. It killed me because, yes, some photographs among the entrants were the result of much more technical skill, experience, and vision than others. But to judge them as “better” when I was so aware that some of the “lesser” images probably represented more significant progress and braver steps forward for the photographers who made them was painful for me, especially without having a way to explain my reasoning or reassure them that my choice of one image over another was based on metrics that might have had nothing to do with what they were trying to accomplish—or the courage that it took them to make and share the image in the first place.

As I was writing this, I received yet another email from a photographer discouraged by her placement in a competition. “I guess I thought I was doing better than I am,” she said with resignation. So since this is really the point of this whole article, I want to make this big, and bold:

Competitions and drive-by-critiquing do not measure how far you’ve come. In fact, they don’t even tell you where you’re at right now on your journey; they tell you where your work is relative to the expectations and tastes of others. Not to how brave you’re becoming. Not to the risks you are taking. Not to the discovery of your vision or the refinement of your voice. They say nothing about how much stronger your composition is becoming or whether your images are becoming more poetic. They tell you, really, what other people think.

Other people, in whatever context they are found, are a tough place in which to find yourself and discover your own path. In groups, it is even harder. Groups tend to encourage a certain level of conformity. They don’t do it to be mean. They don’t do it to kill your spirit. It just happens. It’s hard to do otherwise because when we’re all trying to find our own way in a group, the only real common ground is where our images are similar rather than where they are unique. It is much easier and much more comfortable to focus on what lies in the middle—in that small area where our photographs overlap, like the middle of a Venn diagram. For the photographer trying something different, the reception can be cool at best, and it’s hard to be on the receiving end of that when you’ve put your heart into it. It’s easy to feel hurt and get discouraged. No wonder so many photographers doubt themselves.

Individuality and the healthy stubborn desire to do things our own way (because that’s often where we find the greatest meaning and happiness) is not often found—or nurtured—easily in groups. The fact that we all use a similar tool (the camera) is a difficult premise around which to build a community when otherwise we’re concerned about entirely different creative purposes.

Just because we all use the same kind of tool doesn’t mean we’re trying to do similar things with that tool, and that should give comfort to those of you who have been bruised by the constant efforts of others to hammer you into a mold that is more understandable to them or looks more like what they are doing.

I often wonder how the photographs of Uta Barth or Saul Leiter would be critiqued at their local camera club or how they would fare in your average competition if they were to drop by and add their images anonymously to the pile. What about William Eggleston, Wynn Bullock, or Daido Moriyama? Would the quality of that work be decided by consensus, or by the prevailing tastes within the group?

Separated from their prestige as name-brand photographers, would their work be praised or would it be picked apart in the hopes of making it something we could all agree was more immediately understandable or “better,” which of course means “more like what I would have done”?

People mean well. But sometimes we charge in, and to the kid with the hoof pick, everything looks like a hoof, right? Very few people intentionally disparage your work. And they aren’t trying consciously to influence you to make your images look like theirs. It’s just that we all have such blind spots, and the way we do things and the reasons we do them makes sense to us, so it also makes sense that our methods and goals would be the filter through which we try to understand the work of others. To do otherwise takes a difficult but much-needed leap of empathy.

To the person hurt by the judgments of others, that empathy is just as important.  Perhaps it’ll soften the blow to understand that other people don’t evaluate your work on the same criteria with which you made that work. They can’t. It’s possible they need to encounter your work first; it might take them a while to understand it. To be hurt by this and still to learn from it are not mutually exclusive. To those in camera clubs or leading photography communities, that empathy might be what opens the door to understanding a wider gamut of creative expression among your members and a reordering of the importance you place on technical merit. Maybe it’s time to make room for the poetic and to give points for play and risk, and to encourage people who not only get better with their cameras but bolder with their courage.

The great temptation of popular photography culture is to forget the difference between teaching aspiring photographers to use a camera, and influencing what they say with it and how they say it.

It is a temptation that, should we give in to it or choose it by default, will result in choosing the perfect over the poetic, what is safe over what takes courage, and what is mediocre and average over what is individual and outstanding.

As you head into 2021, remember that your journey can’t be measured by the metrics created by other people. Learn everything you can from every source you can, but remember your journey can’t be measured by the footprints of others and you can’t borrow their map. It doesn’t matter where you are relative to others, but that you’re taking the next steps that get you closer to a destination only you will recognize. Happy New Year, my friend.

Comments, thoughts, or questions? I’d love to hear from you in the comments.