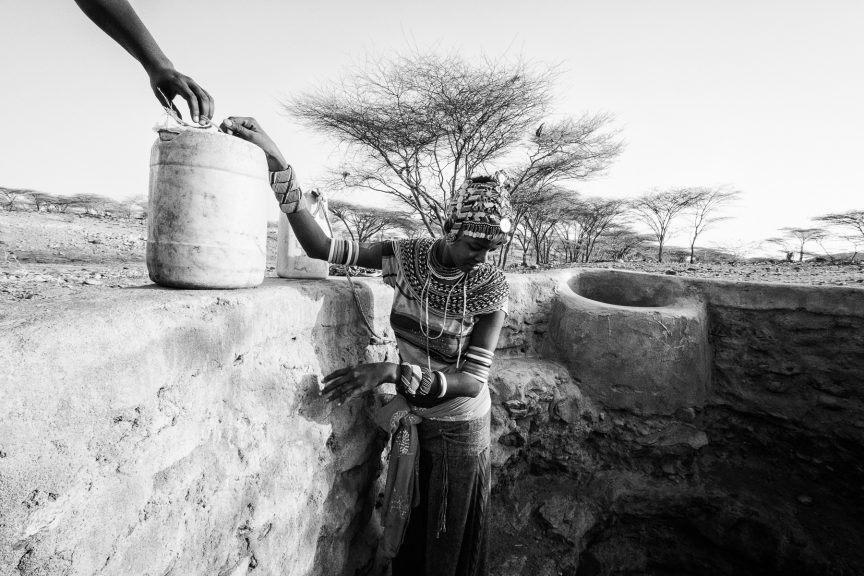 Have you ever looked at an image made by another photographer and really felt like you were there? Like through some kind of magic, you weren’t just looking at the photograph so much as you were a part of it, immersed in it?

Have you ever looked at an image and found yourself wondering about some tiny detail that is hinted at, but not really there, and felt a sense of mystery?

You might have found yourself thinking about the same image hours or even days later, wondering what was going on or what might have happened in the moments after the photograph was made. The same thing can happen in our experience of more abstract images, especially those that give us just enough to think we understand what we’re looking at but leave something for us to puzzle over.

There is a powerful photographic tool that we will never get our own hands on, and that is the imagination of the person who experiences our photographs.

It’s not something we can buy from Camera StuffMart so you won’t see ads for it in the magazines, but it can contribute significantly to whether our images are seen and experienced by others as engaging and memorable. And just because we can’t hold that tool in our hands or screw it to the front of our lens doesn’t mean we can’t touch or manipulate it.

Have you ever heard someone tell you the movie they just saw “wasn’t as good as the book”? Why is that such a common observation? I think it’s because a novel relies on the imagination of the reader to fill in details and create effects where those making the movies too often rely on their own visual effects department. Or the acting. Or the location. It is rare that any of these, no matter how good, can beat our imaginations.

So how can we make use of this powerful tool? How can we make photographs that lean on the imagination of the viewer and take advantage of the way that an engaged imagination will make a photograph more compelling and memorable to those who see the images we make?  I want to make two suggestions and give you some images to consider.

Better Use of Point of View

The first is with your choice of point of view—specifically, where you put the camera. Done well, a creative point of view puts the viewer into the scene, making them part of the action and not merely an observer. I try to make use of this as often as circumstances allow, not because I’m bored and looking to mix things up a little, but because I want to put you there so you feel immersed in the scene. Putting the camera really low or moving it so there’s something partly obscuring the subject can both imply your own presence in that scene, somewhat like a voyeur.

Cinematographers do the voyeur point of view often, making us feel like someone’s watching a main character when they shouldn’t, and it feels creepy. How do they do it? They put us in that role using a slightly shaky camera, a little movement towards the scene, something sort of out of focus in the foreground, perhaps. In the three images below, how does the camera placement make you feel more like you are a part of what’s going on than just an onlooker?

Embrace (Or Create!) The Mystery

A second way to engage the imagination is by leaving things unresolved. We crave resolution, and where we don’t get it, we tend to allow the imagination to fill in the gaps. So how do we force the imagination of someone else to resolve something in a photograph? Hide something. Don’t tell the whole story. Use strong shadows. Have a character glance out of the frame. Be selective about what’s in and out of focus, or even in or out of the frame. Show what’s most important, don’t hide everything, but then take something away to force your viewer to ask questions.

In the following three images, what’s missing (or only implied) so that you’re left to resolve the scene for yourself? Which questions are raised?

We have powerful imaginations. We can’t know for sure how others will interpret our photographs, but we can know that their minds will want resolution and will ask questions. That’s engagement, and, like the contrasts and juxtapositions we explored in the last Contact Sheet, it’s another way to make your photographs more interesting and provide a stronger possible experience for others. We love a good mystery. But there are other things that pull us into an image and interest us, like depth and symbolism, interesting colour combinations, a sense of movement, and a great story.

If you’ve ever asked yourself what it is within photographs that we find compelling or interesting and how to better use those elements and devices, that’s the topic of my last book, The Heart of the Photograph.

The Heart of the Photograph was released almost a year ago to the day. The pandemic was just beginning to lock us all down, Amazon was distracted by other things for a month or so, and readers had other things on their minds. Not exactly an auspicious time to roll out what I consider to be one of my best books.

In case you missed it (and are wondering what to read next), The Heart of the Photograph will help you explore what you find engaging within a photograph and to ask better questions about using those elements to make stronger, more expressive photographs. So if you haven’t seen it, this is my heartfelt invitation to check it out. You get more information and see sample chapters at TheHeartofThePhotograph.com.

Did you read The Heart of the Photograph? I’d love to hear what you thought.