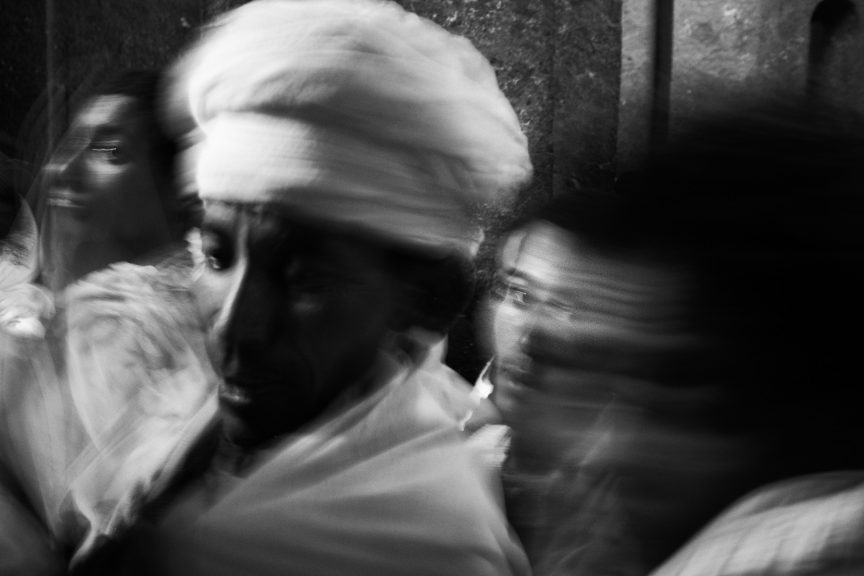 I don’t do rules very well. But I’ve got a couple of my own that come pretty close to inviolable.

Don’t clean your sensor with your tongue is one such great rule. Very practical.

In Bosnia, I was once given a large jar of honey that I thought would be better protected in my camera bag than anywhere else (I was photographing a beekeeper who later drunkified me with his homemade slivovitz, which accounts for what happened next). After the bag fell to the ground and I spent an evening in a hot shower cleaning a litre of honey from it and all the gear contained therein, I instituted a new rule: no glass jars filled with honey are to be placed in my bag, no matter how good the reason, or how drunk I might be. I’m religious about this one.

More practically, I have a rule about motion and movement in my photographs. Specifically this: if there’s movement, I want to see it. I want to feel it.

Are there exceptions? Of course. But that rule forces me to at least play with the possibilities that a slower shutter and a moving subject can give me.

Shoot what it feels like, not what it looks like, right? We can show how motion feels in a photograph, even if it doesn’t “look like that” to the naked eye. (An aside: why do we say the “naked eye”? As opposed to the well-dressed eye? The eye that’s partly, but not immodestly, clad? I digress.) If there is motion, I want to feel it. Here are some of the things going through my head when trying to incorporate a sense of motion in my photographs.

One. For the newer photographers, know that you learn how to put motion into a photograph purely through trial and error. There is no secret. Different subjects move at different speeds, which means there is no one ideal shutter speed for capturing the feeling of movement. What works for someone walking (perhaps 1/8 second) will be way too slow for someone running (maybe 1/30 second), so you’ve got to develop a bit of a feel for it. Don’t be discouraged if it takes some time to nail it. This is often what is called a high failure rate activity. Embrace the chaos.

Two. Burst mode will help if you’re hand-holding the camera and want stationary elements to remain sharp but moving elements to express motion with blur. Often the frames in the middle of a burst will be sharpest when hand-holding at slower shutter speeds. Mirrorless cameras can help with this as well because there is no movement or slap of the mirror that an SLR has, and mashing the camera to your face or your body can keep the camera more stable. Holding it against a lamp post or tree or on top of a bench works too, assuming it doesn’t compromise your composition. You could also use a tripod, of course.

Three. A moving subject and a stationary camera with a slower shutter speed are only one way to show motion. Moving the camera with the subject can also create this same sense of motion and is useful when you don’t want the subject turned into an indistinguishable blur. This is called panning (see below) and the best tip I can give you for this is to go stand on a corner and practice with moving cars and pedestrians. Setting your exposure manually or with shutter priority mode to one specific shutter speed might help. Try 1/30, 1/15/ 1/8, and 1/4. What works best for which subjects? You’ll find the tricky part is just matching your speed to the speed of the subject, but this comes with practice and some luck.

Four. Want to take this up a level? Try active panning. I’m not sure that’s an actual term, but it’s what I call it when the subject is moving and I am too, rather than just standing in one place and moving the camera. The image below is a good example of that. I moved with the subject, trying my best to keep my composition strong and not trip over anything.

Five. Experiment, experiment, experiment. There are so many variables with this, but I’ve discovered that some of my best results have come from the total Hail Mary passes. This article isn’t really about teaching you how to add motion to your images; rather, it’s intended to encourage you to see what works best for you.  I’ve added some of my favourites below.

I’ve been writing recently about making images that feel more poetic. Adding a feeling of motion is one way to do that. Start playing with the slower shutter speeds, then combine the motion of the scene with your own motion and see what happens. If this was helpful to you I’d love to hear it. If it raises questions, I’d be delighted to hear those as well and see if I can help.

Motion is just one of the things that can make an image really work. There are so many others. On April 18 I will be opening enrollment in my ImageWork and ImageStory courses – just for one week – so that those who are new to my audience since last year have a chance to take what I consider to be the 2 best courses I’ve made. So that I don’t overwhelm everyone, I won’t be emailing you if you already heard about these courses in September. If you do want to know more about the course, please go to ImageWorkCourse.com and put your name on the waitlist. That’ll be my cue to include you in this.